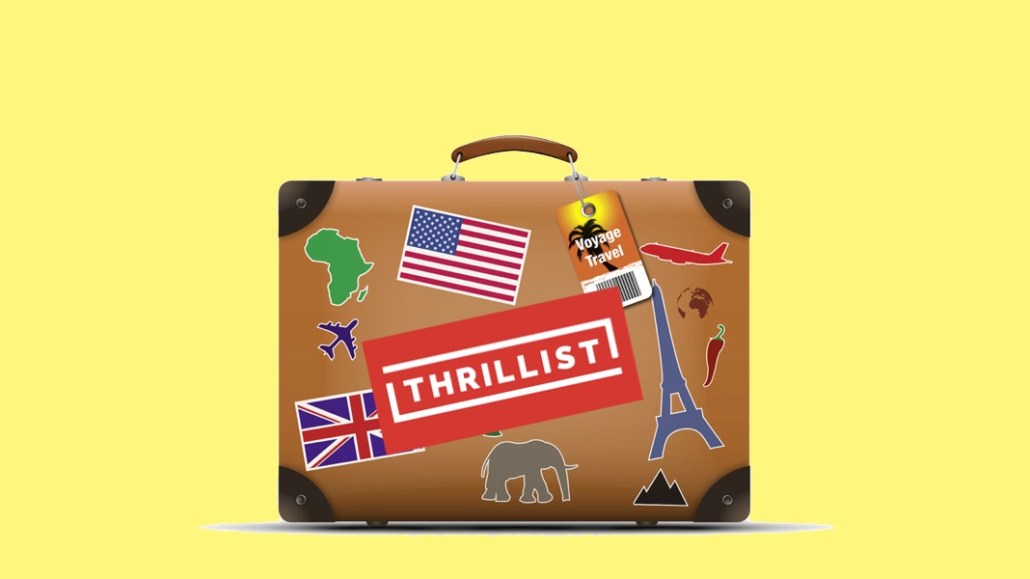 Thrillist is getting into the travel business in an effort to grow the revenue it makes from events.

Last weekend, 10 people went to a movie screening at Hollywood Forever Cemetery, on a morning hike through Malibu and drinking in West Hollywood, all part of a Thrillist-organized weekend. The Los Angeles trip is the first of 10 planned with For the Love of Travel, in cities including Chicago; Portland, Oregon; Austin, Texas; Vancouver, British Columbia; and San Francisco. Tickets, which do not include airfare or extra drinks, cost $699 and include a bed in a shared room. Thrillist and For the Love of Travel are sharing the revenue, though details of the split are private.

This summer, the publisher is holding a branded weekend created with Club Getaway, Camp Thrillist, which is a summer camp for adults in Connecticut where attendees can do everything from zip lining to ax throwing. Tickets start at $527.

Thrillist said events account for a small but “meaningful” share of its revenue, but it sees opportunity to do more of them, saying that 85 percent of its readers take actions, like make purchases or visit businesses, based on its recommendations.

“Our audience comes to us because they want advice,” said Ocean MacAdams, Thrillist’s president. “We see it [events] as a big chunk of revenue going forward.”

Thrillist has been throwing events since 2010. They include one-off events at bars, restaurants and other small businesses, and recurring events including Best Day of Your Life and Hotel Thrillist. Advertisers including Axe, Bud Light and Take 5 have been sponsors.

But where most of Thrillist’s past events were monetized through a mix of ticket sales and sponsorships, the upcoming programs will be monetized purely through ticket sales. The events’ attendance is capped — 18 for each For the Love of Travel getaway, for example — so there is a limit on how much revenue each event can earn.

The events are managed by an eight-person events team at Thrillist’s parent company, Group Nine Media, that also handles events for Thrillist’s sibling brands, like The Dodo’s Best Dog Day Ever.

“It would make sense for us to have started by doing everything ourselves,” MacAdams said. “But as you move into things like summer camps, you want to partner with people who really know what they’re doing.”

Thrillist has a long history of trying to turn its recommendations into new streams of revenue. It acquired JackThreads in 2010 in a bid to meld content and commerce before spinning it off in 2015. As part of Group Nine Media, Thrillist aspires to move into TV and other long-form video content.

https://digiday.com/?p=293157
Most Read
Trending in Beyond Ads
Digiday Top Stories