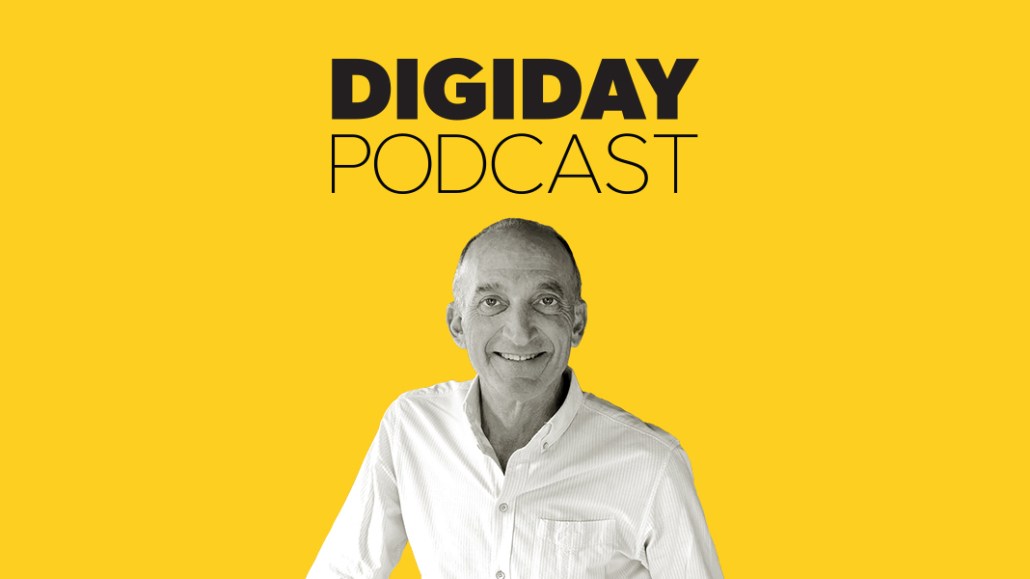 Sports media and betting are on their way to being inextricably intertwined.

“If you look at the traditional way sports betting has been launched in Europe and even in North America — in the offshore and black markets — how people bet is through betting apps,” said to John Levy, CEO of theScore, a Canadian sports media company.

Those apps aren’t where betters get their actual score lines and injury updates; they’re where gamblers turn to once they’ve watched the game or read about it elsewhere.

“They’re nothing more than a transactional app,” Levy said on the Digiday Podcast.

Close to half of U.S. states (and Washington, D.C.) have legalized sports betting to some degree in the two years since the Supreme Court struck down the law that banned it nationwide.

Sports betting may be on hold right now, but publishers like Barstool Sports — purchased by gambling operator Penn National Gaming in a deal that valued the company at $450 million — have been betting on the category growing once sports come back later this year. Like theScore, the acquisition will allow one company to facilitate wagers while also providing betters with the sports news they base their risk-taking on.

The industry is estimated to be worth $8 billion by 2025.

Levy thinks legalization will be accelerated by the coronavirus pandemic’s effect on public funds at a state level.

“That’s trillions of dollars that they’re now trying to recover, and I don’t care what side of the political fence you’re on, the reality is the governments are going to have to start to figure out how to replenish those coffers,” Levy said.

A majority of theScore’s users bet on sports instead of just reading about them, Levy said, citing third party (and the company’s own) data. Nearly half of the bets happen while the relevant game is in play, and despite being a Canadian company, 70% of theScore’s users are in the U.S.

Putting the sports coverage and sports betting in one place

“Betting is a part of sports. News flash. It’s always been there, it will always bet there, it survived years of people having to go to the corner and deal with the thugs, bookies and mobsters. And then it went to offshore gray markets, and the U.S. particularly tried to stop that, but it continued on. If you look at the traditional way sports betting has been launched in Europe and even in North America — in the offshore and black markets — how people bet is through betting apps. They’re nothing more than a transactional app. I think about what I want to do, I talk to my friends, I go to a game, and [when it’s] time to make a bet, go to a betting app. What our philosophy has always been is — because betting is just one more reason people are passionate about sports — don’t treat it as this behemoth thing that’s way out there. Just integrate it.”

Staying bullish on sports in 2020

“We were very fortunate in that we had capital in place prior to the pandemic because we were building for this enormous onslaught of sports betting. When the pandemic hit and everything shut down, obviously it affects everybody. We had to tighten our belt and cut expenses. But we didn’t have to lay off anybody. We kept our whole team working full steam ahead because you knew it was going to come back at some point. There’s so much pent-up demand for sports — to watch it, to bet on it. We kept our focus building our product. We want to be ready when this onslaught comes back. You’re going to see a lot of sports all at the same time. You’ve got baseball, basketball, hockey and then football coming on, it’s going be like March Madness every day.”

“We were more aggressive than most in terms of thinking about how many states are going to [legalize sports betting] over the next two years. And now we’ve revised our projections because we think a lot of the states that were ‘on the bubble’ because they were nervous or listening to some of their lobbyists that had vested interests [will legalize it]. [States] spent where they had to spend. Businesses had to be supported, people had to be supported in continuing to work. But that’s trillions of dollars that they’re now trying to recover, and I don’t care what side of the political fence you’re on, the reality is the governments are going to have to start to figure out how to replenish those coffers.”

“You always have to be able to attract enough capital in your business to be able to do the sort of things that you ought to do. But you also want to be smart about it and how you deploy the capital. You want to be authentic and connect with the sports fan. There was a growing disconnect between what the traditional TV sports guys were doing and what the end user wanted. There’s a million factors for it. Historically, what did I do? I used to sit down in front of the television set and watch ‘Hockey Night in Canada’. You didn’t have all these other distractions. There’s a lot of generational stuff going on here too. Kids, there’s so much taking their attention that they’re not going to watch a four-hour game.”

Join us this Friday, June 12 at 12 p.m. ET on The New Normal, a weekly interactive show focused on how publishers are adapting their businesses. Chad Mumm, SVP of Entertainment at Vox Media Studios, will talk with Digiday editor-in-chief Brian Morrissey about its approach to remote video production and the future of live-streaming. Register here.