The Power of Intent 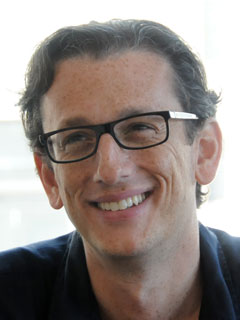 Display advertising, after initially struggling, has seen an amazing revitalization as a Web-wide cookie-tracking infrastructure has powered real-time behavioral targeting, down to the promised land of an “audience of one.” And so here we are: We’ve gone from casting wide nets to something closer to spearfishing.

Here’s what that narrative forgets: search.

Search is not just important as another form of audience, but as a new medium altogether, which delivers on the second Holy Grail of marketing: intent. Not just intent inferred from context, audience or the digital exhaust of our online behavior, but real, live, granular intent, available at the moment it’s being expressed. The “audience” tells you exactly what they want.

This is a quantum leap for media. Traditional, offline ad targeting was about understanding which sitcom or magazine had the most concentrated audience of people interested in the thing you were selling. Demo estimates and context was thought to be great proxies for audience. Think football and beer ads. While there’s a lot of bycatch in that haul, there’s still a net full of younger, beer-swilling men. And it works well enough to still be the dominant offline approach to ad targeting.

If audience targeting has been moving from drift netting toward spearfishing, intent marketing goes even further. The roles of hunter and hunted are flipped. The audience is choosing the ad, rather than the advertiser choosing the audience.

One of the many benefits of audience targeting is its ability to awaken desire or need – to create intent. As a pull medium, intent marketing can’t do that. And until quite recently, intent marketing was pretty stagnant. It was blue links on Google.

That, however, is changing. Intent marketing uniquely taps into what separates online from everything else: the consumers’ power to articulate their intent — and for marketers to deliver information (in the form of ads) to those consumers in real time, just as the intent is revealed. Now that intent marketing is branching out beyond search onto retail sites, content sites, and mobile environments, the breadth and depth of intent marketing are expanding dramatically.

Even as advertisers’ ability to reach their chosen audience has advanced rapidly, so too the audience now has more ways and places to choose their advertisers. Each model has its role. It’s less audience vs. intent than audience and intent.

Richard Harris is CEO of Intent Media, a marketing platform for online retailers.