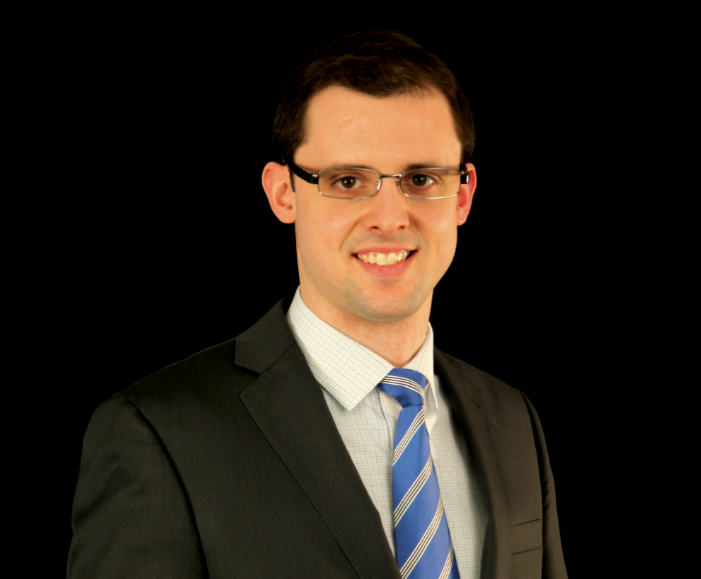 There’s a new arithmetic to being a media mogul that starts with youth and ends with an algorithm. Mark Zuckerberg, of course, is the poster boy. Building platforms and backends has trumped creating content.

But Etienne Uzac, at the ripe old age of 29, is betting content is still king. His International Business Times was founded in 2006 with the aim of being a global digital business publication that wouldn’t be pigeonholed only to U.S. and European issues. The site, which has the bloggy look and feel of The Business Insider, now has 150 writers publishing 200 to 300 articles in English per day. Topics can range from the buttoned-down business article (“Apple Shares Hit $600“) to the silly Web fluff (“Gillian Anderson Bisexual?“)

Uzac, a native of France, came up with the idea for the global-business news site after studying economics at the London School of Economics. He found that the strongest business newspapers — the Wall Street Journal and the Financial Times — had a focus on the U.S and Europe. His bet: The world’s a bigger place than the U.S and Europe, and a lot of non-Westerners want to read content relevant to them — and digitally rather than via a newspaper.

“I saw there was an opportunity for a global-media organization that was more organically built,” he said. “Meaning, with offices in different countries, with editorial in different countries; strong editors at the international level who communicate and interact with each other to come up with the agenda, as opposed to the editor in New York and London who comes up with everything.”

Headquartered in Lower Manhattan, in the old Newsweek offices, IBT has outposts in 16 countries and 200 employees. It is an under-the-radar success story at a dismal time for publishing. The open question is whether this upstart can compete with the big boys like Bloomberg, The Wall Street Journal and the Financial Times.

“I think it’s a tough category they’re trying to get into,” said Kirk Pratt, director of media strategy for ID Media. “At least they have the sense to have a website and not newspaper.”

By not being beholden to a print legacy — and the economics that come with it — IBT can put resources into cultivating the Web-native mantra of being fast and lean. Already IBT is proving a feisty competitor online. In February 2012, it reached about 6.2 million U.S. unique visitors, according to comScore, only 800,000 behind Bloomberg and 5 million more than FT.com. The WSJ has a commanding lead at around 14 million uniques. Globally, there’s still much to do as the site has only about an additional 2 million uniques.

IBT recently snagged former Bloomberg’s national news editor, Jeffrey Rothfeder, to serve as editor-in-chief tasked with upping the quality of content. Some of the articles on the site are pretty low brow, pieces that consist of photos of Michelle Obama and Samantha Cameron and another about how “Self-Appointed Batman Saves a Slovakian Town.” Hardly the type of fare that will make the FT and WSJ quake in their boots.

“Today, if you’re going to make it is as a media company, you need to be an efficient operation that has a clear mandate,” Rothfeder said. “For us, it’s to cover the intersection of geopolitics of business, to provide clear-eyed stories about global issues, to help people succeed globally.”

The company’s philosophy of media is the same as other Web-native media outlets: tech has to be at the center, not the periphery. IBT is staffing up on tech talent, revamping its content-management system and betting on mobile delivery. It wants to be part of the real-time Web, something it sees its traditional foes will struggle adopting.

“The real challenge of providing content is you know minute by minute what readers want,” said Rothfeder. “You know what’s trending on Google, and yet the other part of being a great content provider has been to lead readers a little bit to be able to provide what they want next. Even around the world, people are not very informed about their own countries. It gives us a great opportunity to give stories about what people are interested in.”

IBT has 16 sites, one for each nation it’s in. The strategy is designed to give a local feel to each site while at the same time providing the scale advertisers need to run global campaigns. As of now, the company says some of its brand advertisers are HSBC, Dell, Chase, DHL, Cathay Pacific, all multinational companies that fit into the multinational focus of the site.

“It’s a place where (a buyer) can get in there and not spend a ton of money,” said Pratt. “The risk is pretty low. With a new site like this, they’re not going to force you into some high minimum spend that’s non-cancel-able. It’s got relevant content and it’s online, so it’s something that’s easy to test.”