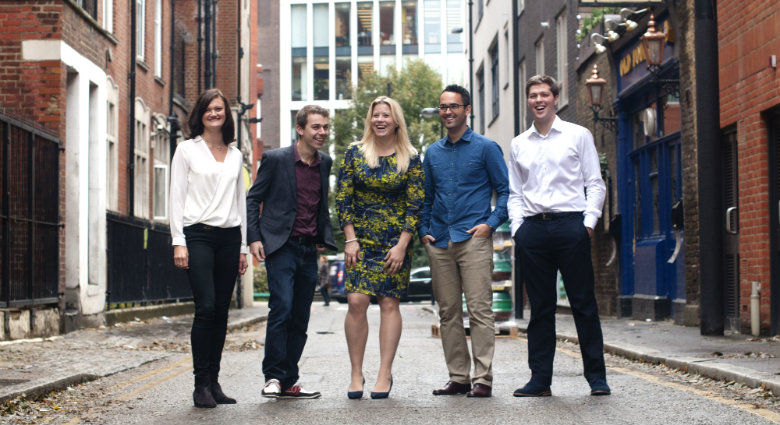 Business-to-business publishers’ attempts in video often lack imagination — talking heads of business execs is usually about as exciting as it usually gets for illustrating business stories with video.

But 2-year-old London-based Tech City News is putting video at the heart of its Web strategy and is turning to its reporters’ presenting expertise to liven things up. The startup-focused publication has a footprint of 12,000 copies in print and 80,000 unique visitors a month online. To step things up, it has just unveiled a new website that brings in popular design features from the likes of Time and Quartz. The change puts video in a prominent place and the site has opened a video studio to up the volume of its output.

Its editor Alex Wood was previously a video producer at Bloomberg TV specializing in tech. He has introduced different video series on the site including “Need to knows,” “The week in tech,” “FinTech monthly,” “Startup of the week” and regular elevator pitches. These are funded through sponsored inserts, rather than running regular ads before and after. A sponsor gets a 20-second slot to comment on a news item within a video, which is described as”Presented by” to disclose that it is being paid for.

Here, Wood explains Tech City News’ emphasis on video. In short, its potential to reach a broader business audience and produce a better product for its advertisers are the key drivers.

Why video?
The vast majority of our team, including myself, come from a broadcast journalism background, so it’s native to us. We’ve come through City University’s broadcast journalism stream, so for us it’s quite natural. We see video content as just as important as text content.

What kind of content works best?
We’re focused on making content that’s short and sharp for the Web. As a result, we’re seeing completion rates of around 50 percent, which is really high for Web video. We focus on making these videos formulaic so they’re easy to produce. We’ve really drilled down hard on processes to do that.

How do you adjust to the fact the tech beat has now broadened out more into wider business and societal affairs? Do your videos reflect that?
What we learned from our magazine was our readership was much broader than we first anticipated. I’m often asked to go on TV to talk about and simplify technical topics, because there aren’t many people around who can do so in an eloquent way. We do see ourselves increasingly bridging this B2B-meets-C land. That said, we still have that specialist edge to differentiate us. We’re based in Old Street, so we live and breath what’s happening here.

How is it working commercially?
Video is one of the most important and commercially successful things we do. We’ve found that a lot of our sponsors and partners really understand the value of video. Most of our sponsors are blue chip services companies — the likes of KPMG and PwC. They could easily go to an agency and blitz ad words. But in reality, tech is very much a face-to-face industry.

But do you worry the content will become over-commercialized?
A lot of our advertisers have been incredibly kind to us in allowing us time to explain that you can’t carpet bomb a website in tech and expect people to respect you. So, they’ve worked really closely with us. Our FinTech Monthly video series (below) is a great example of that. Law firm Wragge, Lawrence, Graham & Co. has a little thought-leadership segment within the video which is clearly branded up by them. They get more added value than a banner, and for us video has been huge.

Are you comfortable with edit and commercial coming closer together?
I believe in the core value of the separation of church and state. That’s inherent to journalism. However, in order to make journalism sustainable, editors like myself and my reporters and all of my staff need to better understand the needs of our advertisers, and their motivations. As long as you understand that but don’t compromise your editorial content, I think that’s a really healthy direction for the industry to go.

A lot of journalists might get queasy at that direction.
Twenty years ago, when editors sat on a different floor and they almost pretended like it wasn’t happening, that was a bad extreme. We work really closely with Wragge & Co. to make sure they don’t come across as really corporate and actually properly play on their expertise and make sure they have something useful to say. We see it as a really important partnership between the two.