The state of video in 2018: Insights from the Digiday+ video report

Digiday+ members get access to exclusive research in order to make smarter decisions. Now, members will also receive monthly trend reports on the most important topics in media and marketing.

In our first downloadable research report, we take an in-depth look at the state and future of video. Digital video is critically important to the media landscape and but is increasingly difficult for publishers to perfect. Digiday+’s research sheds light on the publishers continuing to produce and draw revenues from video, which platforms are best for video monetization and distribution, and consumer demand for OTT video.

The pivot to video continues
The past year has seen a litany of publishers that pivoted to video fail to meet revenue expectations, get sold for a fraction of prior valuations, or collapse altogether. But despite the turmoil, publishers in both the U.S. and Europe are continuing to invest in video content, with the vast majority planning to boost their video production this year.

Video is a key revenue driver for publishers
The pivot to video failed to provide the gold rush many publishers expected it to but advertising revenues from video continue to remain an important source of income for publishers. Forecasts predict spending on video advertisements to increase and several C-level publisher executives predict video to be their company’s largest growth area.

Long form video is in, short form is out
The death of Go90 signaled to video creators the limits of short-form video. Even after spending hundreds of millions on short-form video series, Go90 never gained audience traction. Few publishers now believe there’s a sustainable market for short-form video, while more are focusing on longer videos.

Not all platforms are equal for video distribution and monetization
In an effort to diversify the source of their video revenues, publishers have built out presences on multiple social platforms, including Flipboard and Apple News. However, not all platforms offer publishers equal opportunities. Platforms like Facebook and YouTube make it easy for publishers to repurpose their content, whereas publishing videos to Snapchat often require creating custom content.

Consumer appetites for video streaming services
American customers have exhibited a strong appetite for OTT services. Two-thirds of American households use an OTT subscription service. Furthermore, concerns about a slowing demand could be premature. More than half of existing OTT subscribers plan to purchase an additional OTT subscription in the coming year.

Digiday+ members can access the full research report below: 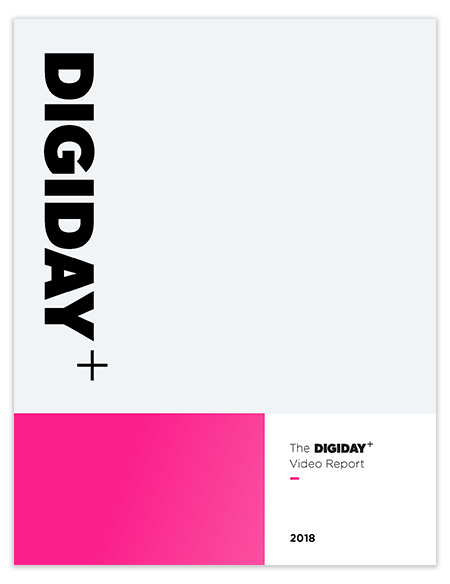