Starting out with BBH’s Sarah Watson: ‘There’s a moment when you cut the ropes on doubt’ 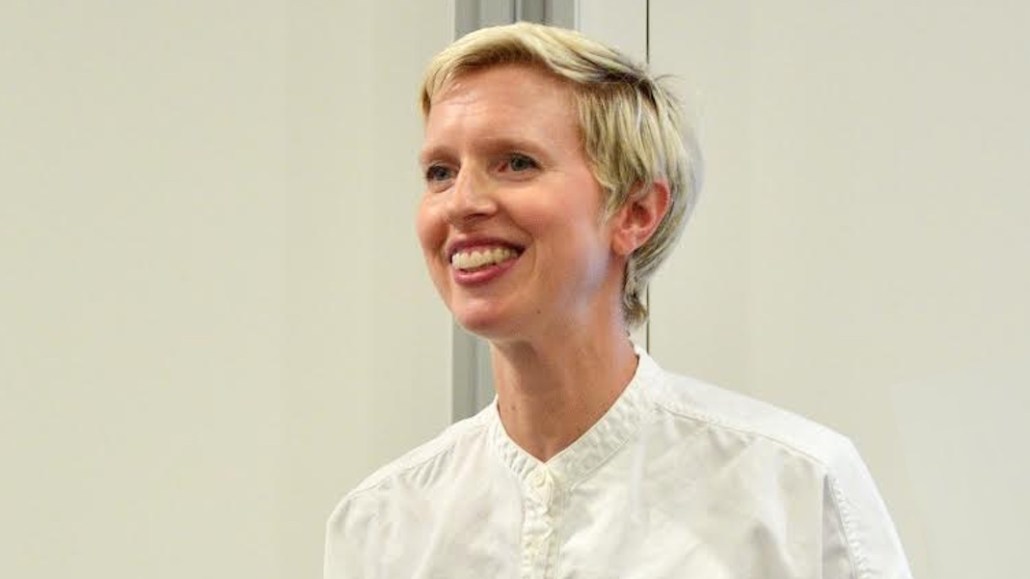 Sarah Watson, BBH’s global chief strategy officer, has produced award-winning work over the past 15 years for clients including PlayStation, Netflix, Johnnie Walker and Cole Haan. She talks about learning to be confident and what she regrets most about her career. This account has been edited for length and clarity.

Growing up in Warrington [in England] meant I spent a lot of time plotting how to get away. My parents were both state-school teachers but primed me not to follow suit. I remember subscribing to Vogue and thought the fashion industry could be my escape window. I did an internship at [fashion designer] Paul Smith’s offices but decided it wasn’t for me. I went to Oxford University, which is a place state-school kids get their confidence knocked at an incredibly privileged education system — and I did, too.

It took me a very long time to find my voice, to feel confident about speaking and who I was. That’s what excites me about my job now — helping people find their voice, whether it’s colleagues or brand clients. I can put a date on when I found mine — I was 30. There’s a reason I’ve been at BBH for so long — there have always been people who got me and encouraged me to be that way. If ever I lost my way, they’d set me straight.

There’s a moment when you cut the ropes on doubt. As a leader, you should always have doubt, but there is a moment where you become comfortable with taking responsibility for doing things a certain way and are happy to accept any consequences.

The hardest decision I ever made was when BBH asked me to move to New York, and I was expecting my first child. My husband had also just gotten a big job in London, and it was a difficult decision to move somewhere where the maternity leave is only three months, when it’s in the U.K. DNA to have six months. But I was advised by a BBH colleague not to say no to something before I had to. So I took the three months maternity [leave] and an extra month unpaid. That changed my life, and now I have a 4-year-old girl and am due to have my second. I live six minutes away from my office and have no commute, which really helps.

It’s not for everyone, though. I know others who have stepped down from leadership positions because they have felt they couldn’t do both jobs. It’s not about prejudice; it’s just the job can be so demanding — it can be like having 45 children. If you want to be home at 6 p.m. for your family, it’s a lot.

U.K. and U.S. agency cultures are similar in some ways, and in others, planets apart. Because of the scale on which American advertising operates, there’s a much more aggressive, cutthroat culture. U.K. clients are comfortable talking about value of brands and nuanced conversations on the nature of the narrative, whereas here it’s a more hard-nosed business dialogue.

My only regret is I wish I had used other people more when I was growing up. People around you are your source of strength and power and energy, particularly your bosses. I grew up with an implicit dislike of authority and not wanting to take direction or use people to help me. If I could go back and do my 20s again, I would see those above me as my access to strength rather than gatekeepers and authoritarian oppression.

I found a way to deal with stress about 10 years ago, when I just couldn’t relax and was all over the place. I went on a meditation program in the Himalayas, which involved taking a vow of silence for 10 days. It was one of the most powerful experiences I’ve ever had and later helped me with things like giving birth — being able to sit quietly and endure pain, to keep the mind still. It helps you connect with something bigger than yourself, and it gives you a better perspective.

Hear more from agency executives including Paul Marobella, chairman and CEO, Havas, at the Digiday Agency Summit. Learn more about joining us here.