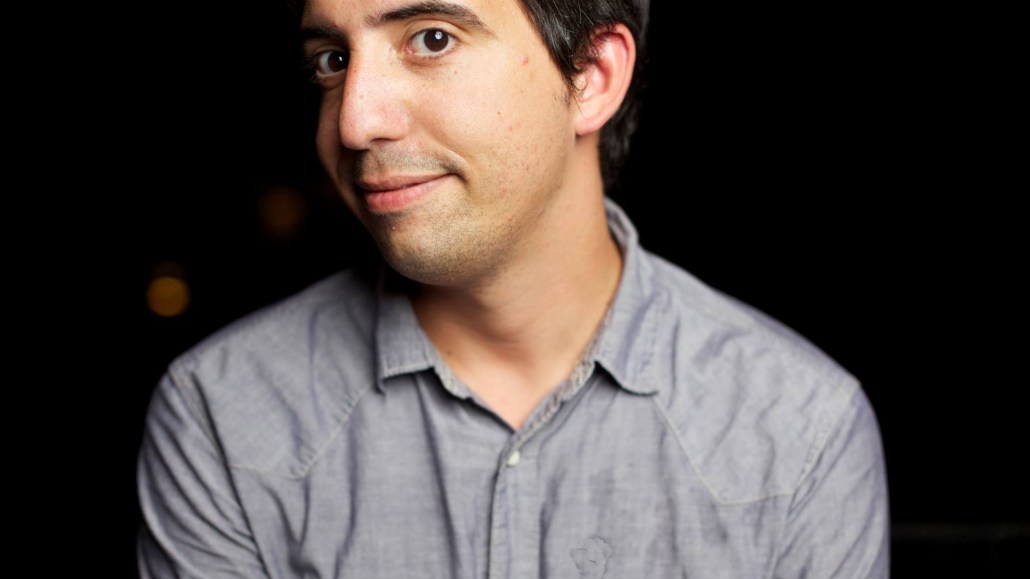 This is the first installment in a series that will profile four young executives rethinking the publishing business. This series is sponsored by Sonobi, the first and only digital advertising platform created by digital publishers for publishers.

On a hot afternoon this past summer, James Del, the head of Gawker’s in-house content studio, was on his company’s roofdeck, discussing native advertising and the future of digital media with a reporter and a handful of colleagues. Squinting into the sun, he leaned over and said, “Advertising doesn’t need to be so shitty.”

At just 26, Del is tasked with helping brands create content that fits in with Gawker’s audience – an audience that can be outspoken, snarky and skeptical, especially when it comes to advertising. Fortunately for his employers, Del gets the Gawker audience because he’s one of them.

In the six years he’s been at Gawker, Del has worked his way from ad ops associate to head of its content studio. From spearheading a “Johnnie Walker Blue Label Luxury Gift Guide” back in 2009 to getting State Farm and its agency to sponsor Gawker’s Tumblr – which served as the main Gawker site when Super Storm Sandy knocked it offline – Del has proven himself a nimble rising star in the industry.

“He has the charm of a politician and the soul of a journalist: That’s what makes him special,” said Gawker CEO Nick Denton. “He’s secure enough to admit what he’s not good at. Took me at least a decade longer.”

In 2005, he signed up for an IAB panel at the MIXX conference to help explain teenagers to marketers. The New York Times wrote about the session, quoting Del, who was before long offered a job at Kadium, doing grassroots marketing consulting around a couple of XBox 360 games. While juggling coursework from NYU and consulting for Kadium, Del still harbored dreams of breaking into the music business. He had an internship in the A&R department at Columbia Records but saw the writing on the wall.

“The music industry was fucked,” he said. “If I wanted to work in music, I had to figure out why it’s fucked. All signs pointed to the Internet.”

So he left Columbia for a job at Mr. Youth as an associate strategy manager. Not a huge fan of agency life, he spent most of his time reading Gawker. One day, he checked Craigslist and typed in the names of companies he wanted to work for. Gawker was hiring for an ad ops associate.

“He really stood out as having a few of the unique qualities I look for in good hires,” said Erin Pettigrew, Gawker’s vp of business development. “He’s well versed in the digital space and the industry, but more than that, he’s curious about it and aims to figure out more.”

These attributes helped Del quickly climb the Gawker ladder. He called his ad ops job “insanely easy.” In 2008, Gawker wasn’t doing a ton of business. He mastered the job, which in turn began to bore him. So he transitioned to the sales side, becoming an assistant to a six-person sales team.

Part of that role, he was glad to discover, was cultivating relationships with agencies and brands. Gawker had just moved to a new office, complete with roof deck, which he thought would be a good to use as a space to host events for brands. So he organized Beck’s 2008 Octoberfest party on Gawker’s deck. It was a hit.

“I realized I wanted to do more work like this,” he said. “I had such a great time throwing the party and doing the experiential side, which has always been more interesting than banner ads. So it was natural to pitch my clients for events, content and editorial integrations.”

In May 2009, Gawker jumped into sponsored content with its “True Blood” sponsored series, “Blood Copy.” While Del wasn’t heavily involved, the germ for Studio@Gawker was planted. Del did, however, wind up writing one of the first sponsored posts for Corona in June of 2009. Del spent two years on the sales side, and in 2011, after the departure of two of his mentors, he had what he called “a crisis of faith.”

One could probably say the same for all of Gawker in 2011. Traffic dropped after an unsuccessful redesign. Sales was on edge because its leaders, Chris Batty and Michael Cascio, left. Revenue was flat. And a new head of advertising, Andrew Gorenstein, who had spent the previous four years at Conde Nast, was brought on board. Gorenstein wanted focused, methodical sellers. This wasn’t Del’s style; he was disorganized.

“James wanted to hate me when I started,” Gorenstein said. “I didn’t want him to go because he has this uncanny ability to create ideas that work within the structure, and do so in creative ways. So I created this strategic account manager position, recognizing big ideas on our platform needed to get sold.”

Within two years, Del would be in charge of the studio. “What he’s done with the studio has been creative and impressive,” Gawker’s Pettigrew said. Agencies and brands tend to agree.

Derek Topel, digital director at Mindshare, said Del’s ability to bring fresh ideas to the client is “inspiring.” For others, like Laura Eisman, director of branded content at Starcom Media Vest, Del is the very embodiment of Gawker. “We hold Gawker as a highly regarded partner,” she said. “And I attribute it mostly to James.”

Eisman recalled a story when she was at a different agency representing a major technology client. She was ready to throw in the towel, convinced that Gawker just wasn’t getting it.

“So it’s falling on James’ plate,” she recalled. “James wasn’t like, ‘Our idea was the best’ — which many companies do. Instead, he said, ‘I just want to make sure the client’s happy. Just give us more guidance on how to make it successful.’ That’s a good example of when to listen and adjust. He’s great at that.” Which, in turn, is great for Gawker.