In a shift, publishers can no longer count on content-recommendation guarantee checks 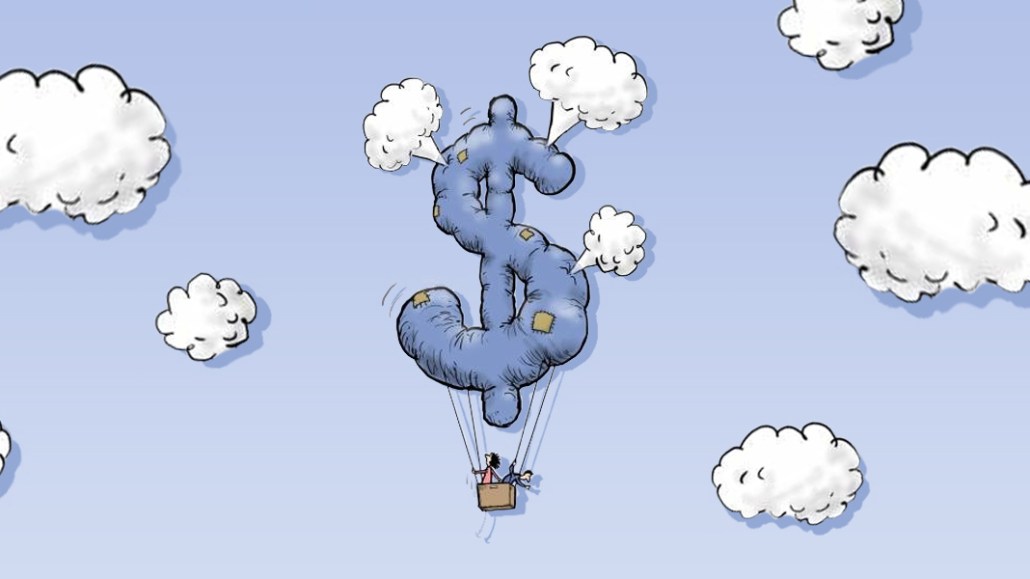 For the past three years, publishers have benefited from fat guarantees from content recommendation services like Outbrain and Taboola. But the good times are coming to an end, as both players, along with upstarts, move away from a land-grab phase in development.

Publishers that spoke on background for this story because they were in the midst of negotiating said either that the content recommendation companies themselves weren’t offering guaranteed payments anymore or that the publishers themselves were opting for a revenue-share model where they’d be paid a share of the revenue when visitors click on a paid ad in the widget. One exec at a digital lifestyle publisher used to get a $1 million-plus guarantee a year and gave it up for a rev share with Taboola.

“When we looked at the stipulations, we decided we wanted flexibility on placement, and a guarantee doesn’t let you do that,” said the exec.

A senior executive at a different, midsize publishing company said that in recent negotiations, neither Outbrain nor Taboola offered a guarantee, instead offering to pay the publisher on a cost-per-click model.

The moves are critical to publishers. The guarantees delivered a predictable stream of highly profitable revenue, something especially attractive to public companies. Two publishing sources said they were paid $1 million to $2 million a year. “And it’s all 100 percent margin, so for all of us looking to optimize EBITDA, it’s pretty attractive,” said the lifestyle publishing exec. For all the criticism and self-hatred publishers experienced over the widgets, Outbrain and Taboola have become a crucial source of revenue for many, with Outbrain once saying it accounted for 30 percent of some publishers’ revenue. The shift away from guarantees should have upside for users, who should benefit by seeing fewer such ads — or at least fewer low-quality ones — on sites.

Outbrain said a significant number of its top publishers have recently been on guaranteed terms. The company said it’s not stopped offering guarantees, but that over the past year, almost a third of those publishers have chosen to renew with a non-guaranteed economic structure that affords greater flexibility and editorial control, said Matt Crenshaw, general manager of Outbrain. Taboola founder and CEO Adam Singolda wouldn’t directly say if the business has shifted away from guarantees but said the model hasn’t “materially changed.”

Revcontent, an aggressive third player in the field, hasn’t filled the void; CEO John Lemp said that being that Revcontent is a self-funded company (unlike Outbrain and Taboola, which both are investor-backed), 97 percent of its gross revenue is paid out on a revenue-share basis.

The guarantees may have been lucrative, but they came with downsides. The content recommendation companies were losing tons of money on the guarantees, according to publishers that have negotiated with them. For both, the guarantees were onerous to maintain; in exchange for the fixed revenue, publishers were required to deliver a minimum number of pageviews, which meant running the unsightly widgets on all or nearly all their pages. The agreements also dictated where and how big the placements were, which made for unhappy editors who were denied control over what they could put on their pages. One publishing exec summed up the internal conflict this way: “We hate this, but we can’t walk away from the money.”

Publishers faced external pressure from advertisers to curb the use of the content engines on their sites, too, either because they thought the widgets mucked up the look of the sites or because they wanted total share of voice on a page.

Ad clients seeking premium placements will prefer publishers that don’t have such widgets, said Andrew Sandoval, director of biddable media for The Media Kitchen. Publishers should think about it from a brand safety standpoint, he added, because eventually advertisers will start evaluating sites based not just on their content but on the ads or user comments on the site, as happened recently when YouTube was found to have comments from pedophiles on its site, he said.

For publishers that turned up the dial on the clickbaity (and more lucrative) ads in the widgets, there’s also been concern that Google and Facebook would penalize sites with spammy ads.

Moving off guarantees means less cost for the content recommendation companies and headache on both sides. As more publishers work on attracting direct visitors, especially in the wake of Facebook making it harder for publishers to get exposure in its news feed, being freed of the guarantee requirements will give them more control over how their sites look and the ability to use the high-value space at the bottom of their pages to drive revenue from affiliate e-commerce, branded content, video ads, etc. On a rev-share model, some Outbrain publisher clients make more money directly from rev shares or overall because they have freedom to use more revenue-generating tools on the page, Crenshaw said.

“For publishers who are in it for the long haul, it’s the best to go with a revenue share,” the lifestyle publisher said. “It really puts us in the driver’s seat.”

Condé Nast has opted for a rev-share model with Outbrain because it wanted the freedom to decide what it puts on what site to maximize the value for the company and the user, especially as it prepares to launch paywalls on sites like Wired and Vanity Fair. On big news days like the Grammys, for example, the publisher wants to be able to point visitors to its own content, which it can do better with its own content recommendation system, said Zach Block, vp of business development and partnerships at Condé Nast.

“You may take a short-term hit [by turning down a guarantee], but we think there’s upside in user experience,” Block said. “We’re able to use our own data to drive our decision-making and grow a deeper relationship with our audience.”

Giving up a guarantee isn’t without risk, though. Guarantees were paid based on how many article views a publisher could generate, and when publishers go to a CPC model, they try to make sure they won’t lose money, but they’re only paid when someone clicks on a link in the widget — which more discriminating users won’t do. “So revenue might be lower, but maybe not,” said the midsize publisher. “There’s certainly a risk.”