Vox Media is best known for its male-focused properties, sports site SB Nation being by far its biggest site. But with Racked, the company is hoping one of its smallest and most female-focused verticals can teach the rest of the company about social media platforms.

Racked, the fashion and beauty site that Vox Media bought in 2013 as part of the Curbed network, is the sixth of Vox Media’s seven verticals in traffic, with 3.4 million multiplatform uniques, as of March (comScore). But it’s among the youngest and skews the most female, with a 74 percent female audience. Meanwhile, Vox Media as a whole is 35.5 percent female, according to comScore.

Vox Media sees its sites as testbeds for each other. Vox.com, for example, developed a quiz tool and a way to share images that have been rolled out to other media brands. Its SEO planning strategy was formalized on SB Nation and rolled out to other properties. Now it’s hoping to learn social publishing tricks from Racked.

Vox Media is now watching how Racked uses Kik, where Racked just became the company’s first vertical to launch on the messaging app that’s popular with millennials. Kik operates on an opt-in basis; users have to take an action to follow other users, whether they’re friends or a brand. Kik also lets brands fine-tune their messages to users through keywords. On its first day on Kik, Racked sent users different articles based on keywords they texted to the publisher, starting with “shop,” style” or “LOL.” 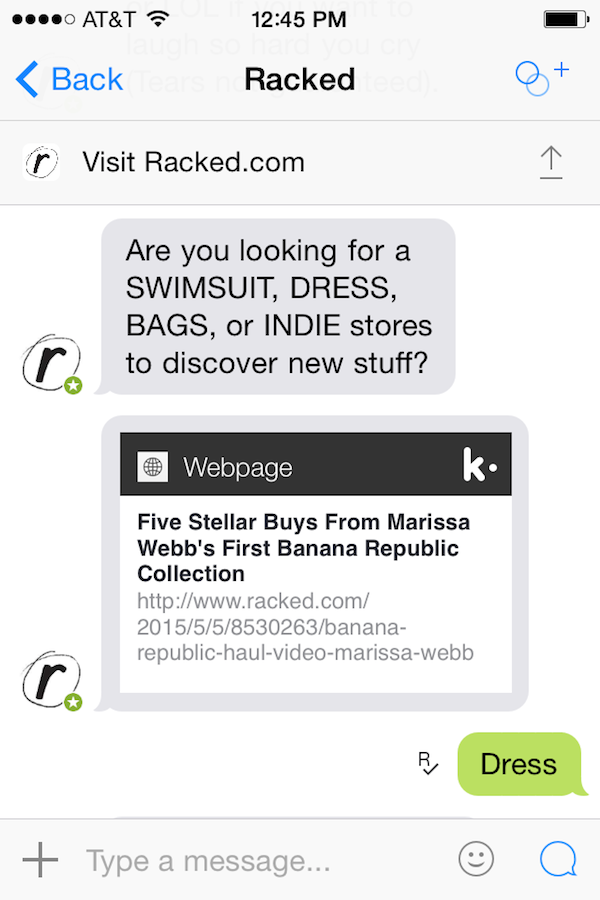 Racked expects to test different story types, themes and publishing frequencies on Kik and see what resonates most with audiences, said Jonathan Hunt, vp of global marketing and partnerships at Vox Media. “The goal is to see what works, what doesn’t, tune our strategy, and continuously evolve what and how we publish on Kik,” he said.

Apart from Kik, Racked is also the company’s most active on Tumblr and Instagram, not surprisingly, given it’s the most visual of Vox Media’s verticals, with a full-time photographer and editorial designer. On Tumblr, Racked posts several dozen images and GIFs a month, drawing from a mix of Racked content and re-blogged posts from other Tumblr users. It schedules the majority of its posts when users are most engaged, in the evening and at night.

On Instagram, Racked has two main accounts. Its general editorial account (shown below) caters to its nearly 11,000 followers like other publishers do, with photo and illustration galleries. Instagram is primarily designed to have people view its content within the stream rather than generate traffic. So to drive revenue, Racked added a separate account, Racked Shopping, a revenue-sharing partnership with LikeToKnowIt. The account has signed up 2,652 followers in three months. 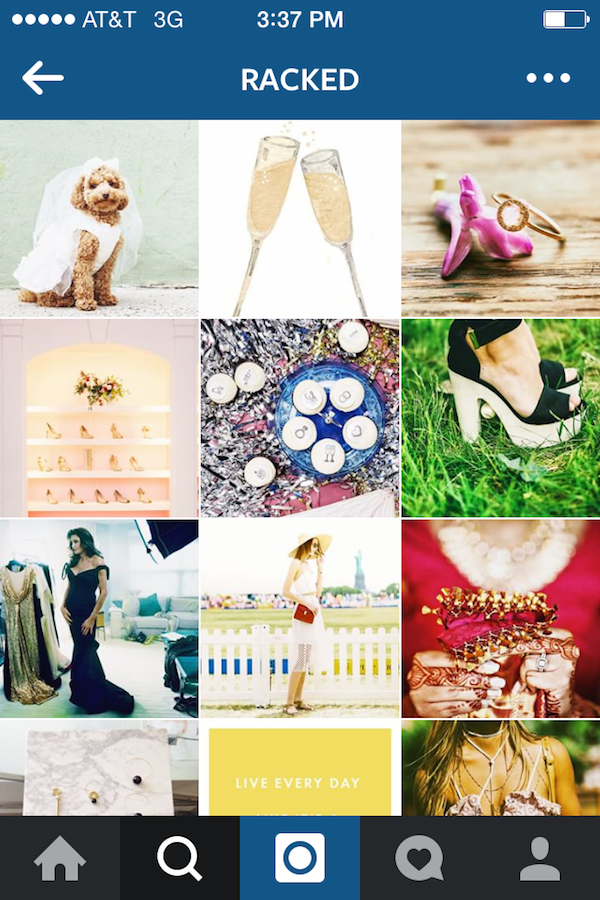 It’s still a question for publishers as to how they can monetize their content on other platforms. Still, the pull among publishers to have a presence there is strong, given their sizable user bases. Kik, for example, claims 200 million users. More than 77 million people in the U.S., or more than 27 percent of the population, are expected to use Instagram at least once a month in 2015, according to eMarketer.