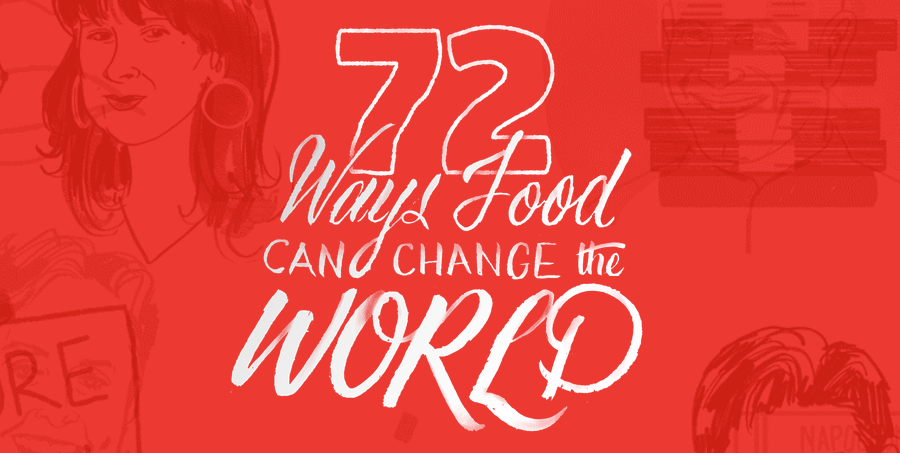 Native ads may have become an industry mainstay, but modern publishing economics demands that they should both read like editorial content and be scalable.

Some multi-title publishers are solving this riddle by running brand content across more than one of their own sites. Hearst Magazines ran Cotton Inc.’s “Makers” series in a multi-site deal that included Esquire.com and MarieClaire.com. (While CountryLiving.com wasn’t part of the buy, editors there actually posted one of the Makers videos anyway because they liked it so much, according to Hearst.) A Revlon video reality series, #GoBold, ran on Cosmopolitan.com, Elle.com and MarieClaire.com.

Vox Media has run native campaigns across more than one of its seven verticals. This one from Absolut, “72 Ways Food Can Change the World,” originated on Eater but traveled to Vox.com, for example.

“The upside for a brand is scale, efficiency and sophisticated distribution, where we can retarget an individual with a follow-up piece of content as they move from, say, Eater to Vox.com,” said Lindsay Nelson, who heads VoxCreative, the company’s in-house marketing and ad unit.

In a way, the practice seems like an obvious solution to the native-at-scale problem, at least for advertisers with content that’s broad enough to work across multiple sites and niche publishers like Bonnier Corp., whose titles reach desirable but small audiences. For the right advertiser, Bonnier can package, say, its photography sites or its boating titles to extend a campaign’s reach.

There are limitations to this approach, though. Running a piece of branded content on multiple sites can meet an advertiser’s reach goals but diminish its engagement as it becomes less targeted.

Plugging a native ad campaign that’s designed for one site into another also has its technological challenges. Even sites owned by the same company can operate on different CMSs, to say nothing of their varying layouts and designs.

In the case of Vox, its publishing platform Chorus lets it publish content across all of its sites and tailor it to the look of each one.

Bonnier’s sites use different CMSs, so scaling a native ad campaign by hand would require recreating the campaign for each site. The publisher is solving this by using a new system from native ad platform Nativo that is designed to break down an ad’s components and reassemble them to match the look and feel of each target site.

“This time last year, there was very little thought to scaling native across properties,” said Justin Choi, Nativo’s CEO. “So this was a natural evolution. The hard part is making it native but still custom. The look and feel has to be bespoke.”

The very idea of scaling a native campaign is a bit of a contradiction if you define native narrowly as branded content that is unique to a given publisher site, though.

Case in point is a campaign that Bonnier’s Popular Science created for Shell that was created with involvement by Pop Sci’s own editorial talent, even starring them in a video that was part of the campaign. “It was very Pop Sci,” said Sean Holzman, chief digital officer at Bonnier. “It had our talent; all the content was created by Popular Science. It was a complete home run on traditional syndication. But it’s not necessarily scalable because it was so customized.”

Joe McCambley, creative director of The Wonderfactory, imagined another possible complication to running native ads on multiple properties. “The bigger, more difficult question might be, if The New York Times’ T Brand Studio creates a great story for Holiday Inn, will they demand that it be branded T Brand despite the fact that it is also appearing in the Boston Globe? Is the T Brand more important than that of The Globe or Holiday Inn?”

Ultimately, the need for scale is too big to ignore, which is why the natural next step will be for publishers to syndicate their native ads to other, separately owned publishers.

“Native is becoming in greater demand,” Choi said. “With greater demands means the greater need for scale, and once a publisher has a great piece of content, the next ask from the advertiser is, how can we get greater reach?”