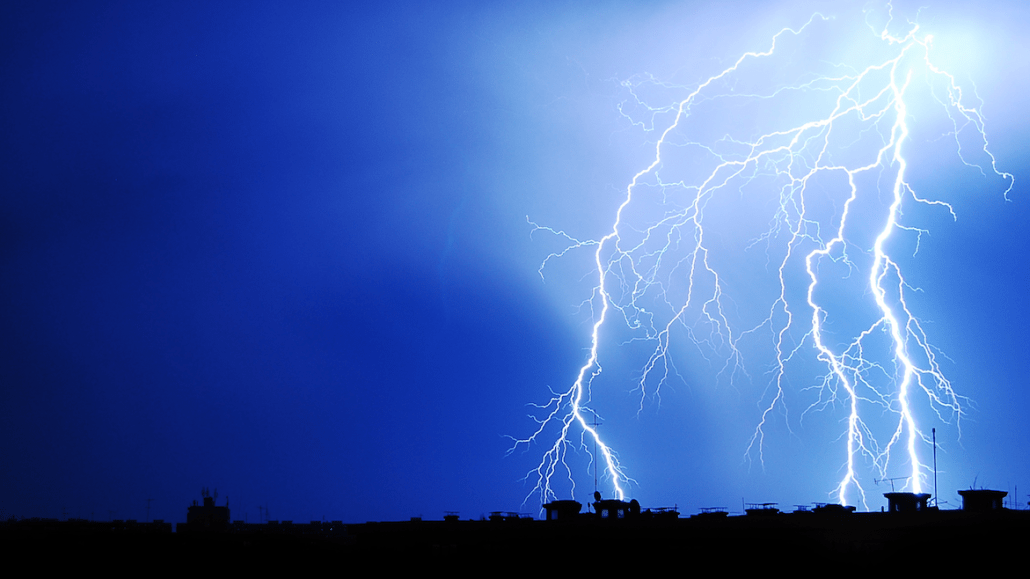 When a crack of lightning wakes you up in the middle of the night, your natural reaction might be to reach for your phone to find out what’s going on. As Weather.co.uk discovered a few weeks ago during the U.K.’s tropical heat wave, plenty of Brits did just that. Before the emergence of ad tech, any subsequent traffic spike would have had minimal commercial impact. Now, it’s a serious business opportunity.

Traffic spikes such as the one seen in this summer typifies the nature of traffic flow for The Weather Company’s digital properties, including Weather.co.uk. The 15 percent traffic spike seen over the recent period of extreme weather in the U.K. is something the company specializes in monetizing. Using a combination of programmatic ad technology and smart sales packaging, Weather’s able to maximize revenue with targeted, reserved deals that let its advertisers to “own” different types of weather.

“The value that you can [now] extract from that is brilliant. Without the ability to capitalize on that inventory in real time, it could have gone as house ads. It’s a case of earning money as opposed to not earning money,” said The Weather Company’s international yield manager Daniel Young.

The use of open exchanges and private marketplaces allows it to create more value for more valuable clients and up sell its inventory. This includes starting new conversations with advertisers after an exchange buy — something that’s still vital even at a time when automation is top of the industry to-do list.

“The inventory we make available in the private deals will be more granular and include bigger formats and more accurate targeting than the open auction. By the time [you get to] the open auction, it’s a very vanilla offering,” said Young. “We’re able to maintain a level of exclusivity which helps build a partnership with preferred partners. You can then build up a back and forth [dialogue].”

Another strategy employed by publishers to up sell is putting domain-visible inventory on an open exchange as a loss leader to gain interest — a not too unusual occurrence according Ben Downing, head of Havas Media Group’s Affiperf trading desk: “That can happen… where you’ve got the domain exposed to a few agency buyers, and they can see that and can see a performance increase in that, then they have the evidence to go and up sell. But where [inventory is used as] a loss leader, the publishers aren’t [employing] the best strategies.”

The use of ‘programmatic direct’ techniques, such as private marketplaces, is not without its frustrations for publishers like The Weather Channel. The effort involved in segmenting audiences and creating private marketplaces with preferential access to data can sometimes be a waste of time when buyers to cherry pick from that selection.

“One of the big frustrations is we can be sending them lots of ad requests and they’re doing a lot of pre-targeting on their side. So they’re really really slicing what we’re sending to them into small portions,” said Young. This is where direct deals still have a role to play in maintaining control over high value, high effort deals.

Some publishers are testing the ability to run homepage takeovers programmatically, but others are hesitant given the technical implications and potential commoditization of high value assets. For The Weather Channel, Young said once the technical barriers are overcome he wouldn’t rule out trying it. For now though, company is reluctant to do so until there is more standardization across demand and supply sources: the technology needs to talk to each other a bit better.

The next programmatic opportunity the company is excited about technological advances in inventory discovery. Technology now exists to help buyers browse and discover various parts of the publishers’ inventory in ways that have previously been difficult to do:

“A lot of the SSPs and DSPs are starting to notice that [helping the] discoverability of what people have to offer and what people are looking to buy is increasingly important,” said Young. “They’re making advancements in their technology so that it’s easier interact between two systems and people who may not have seen each other before. If we can clear up those muddy waters in between, it’s happy days for all involved.”