As programmatic advertisers get smarter, agencies shake up the trading desk model

Despite claims of their demise, agency trading desks are alive and well. They just look different than they did before.

Agency trading desks were previously viewed as black-box buys of cheap inventory during the advent of programmatic media, whereas now they are much more focused on using ad tech to buy quality media as well.

As soon as advertisers started to get their heads around the risks that come with not knowing how programmatic ads are bought, agency holding groups distanced themselves from their trading desks. They realized it was better to get a smaller margin off a much bigger programmatic pie that’s engulfing more channels than to lose business.

It’s also changed how the holding companies pitched their trading desks to advertisers. Trading desks were once positioned at the vanguard of their respective agencies‘ plans for programmatic whereas now they have been moved into the background as that expertise has spread across the various holding groups.

Havas went as far as to scrap the name of its own trading desk and rebrand it as the Programmatic Hub in 2017, while Publicis Groupe disbanded its own Vivaki trading desk in 2015 so that it could dissolve that expertise across all its agencies. It’s a similar story for Omnicom’s Accuen trading desk, which first started to leak revenue in 2017 when it lost $9 million in one quarter, as its clients opted for alternatives that allowed them to see exactly what data, tech and service fees they were paying for.

“There is huge merit in building a central center of programmatic excellence and trading capacity, as programmatic allows you to buy more effectively across borders,” said Ruben Schreurs, CEO at digital media consulting firm Digital Decisions. “Agencies see this and are decoupling the non-disclosed arbitrage practice from the principle of a central trading desk effectively reinventing themselves and offering more transparent centralized options to market.”

Question marks have hovered over agency trading desks ever since advertisers first started to question how they make money in 2011.

“We built our own trading desk after having concerns about the transparency we were getting into our programmatic buys, said Nicolas Elshout, head of programmatic media buying at travel agent TUI Benulux. “We were in need of having a transparent cost structure and wanted to understand where our money was going. We also wanted control over where our ads were being placed as increasingly we found programmatic worked well with the part of the business that made sure all financial commitments to resorts are being delivered.”

Creating a better narrative
The reassessment of agency trading desks among advertisers boils down to two things: When offered the choice of a disclosed programmatic buy at a premium price versus the trading desk model at a considerably lower cost, advertisers still often choose the latter. Advertisers can use their own demand-side platforms in conjunction with the data and other ad tech vendors from Xaxis, for example, albeit at a higher cost. “For most advertisers, that would probably mean paying a higher DSP fee,” said Xaxis global CEO Nicolas Bidon, “since they would not benefit from Xaxis’ rate which reflects the scale of our global business and the relationship we enjoy with the key DSPs such as Google, Xandr, Amazon and The Trade Desk.”

The second reason stems from the fact that advertisers are getting smarter. If a media agency could no longer manage the vendors and data needed to run programmatic ads in multiple markets then that would be enough of a reason to consider the agency’s trading desk as the replacement, said the head of media for a global luxury brand. “However, I would probably do so only if I had ownership of the DSP contract in order to circumvent the black-box nature of some of these trading desks,” added the same executive.

Despite the shift away from the traditional trading desk, the operational remnants of those businesses still exist within the holding companies and continue to rake in reams of cash. 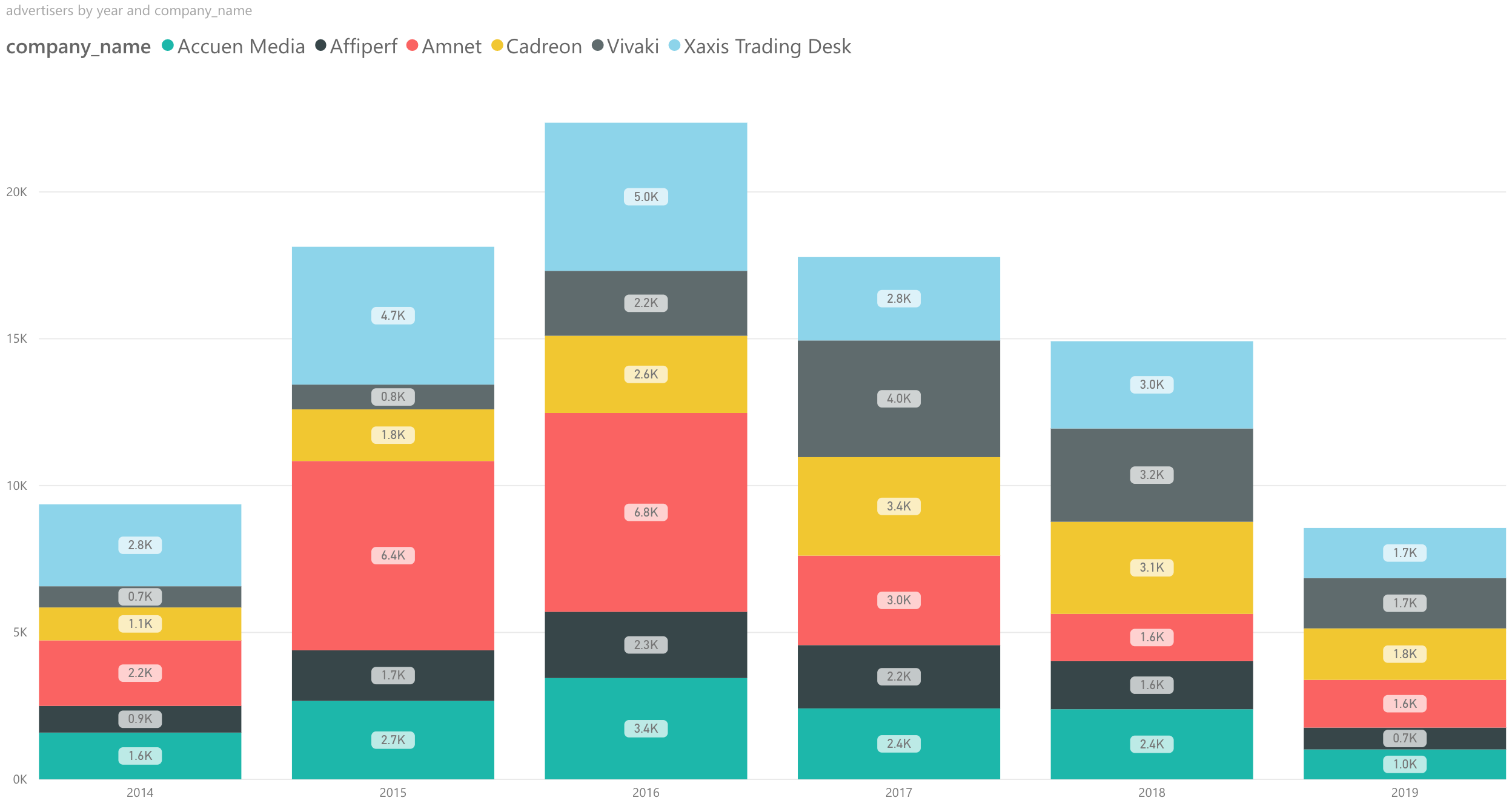 “It makes sense for the holding groups to keep the lights on at their trading desks — even if they’re making a little bit of margin,” said James Bourner, global head of display at digital agency Jellyfish and a former executive at Accuen. “The agencies just have to create a better narrative around those businesses.”

Future growth
WPP’s trading desk Xaxis is one of the fastest-growing parts of GroupM, growing at a double-digit rate in 2018, a pace that’s set to continue in 2019, said Bidon. WPP CEO Mark Read was just as positive about the trading desk’s growth potential following the group’s latest financial results last week when he said Xaxis was projected to grow 16% this year. Much of this growth, however, will come from outside WPP’s most mature markets, he warned. Trading desks like Xaxis are capitalizing on the fast-growing programmatic markets that are often less mature and lack expertise to scrutinize the buying models effectively.

While Omnicom’s Accuen isn’t on track to grow as quickly as Xaxis this year, revenues in the U.S. from the trading desk grew by $2 million in the first quarter on the back of its first losses in the second half of 2018. It’s a far cry from the $45 million Accuen made in three months back in 2016. But it does show that advertisers will still spend large sums of cash with trading desks.

Both Havas and Dentsu have several vacancies for programmatic traders on their own trading desks as they look to tap into what appears to be a reappraisal of trading desks among some advertisers. In the case of O2, Havas is recruiting traders to work on its trading desks specifically for the telecos firm, according to a job post online. That the agency is willing to do this now is a testament to how much the trading desk model appears to be changing.

“As the Havas Programmatic Hub, we now have better integration into the traditional client teams than we have in the past. We’re embedded into the general agencies rather than being a standalone,” said Charlie Glyn, head of Havas Programmatic Hub. “Being closer to the client teams has allowed conversations to shift from being just about buying media to also talking to marketers about their choice of ad tech and the sort of creative solutions they might need to employ.”