Politicians Timid When it Comes to the Web 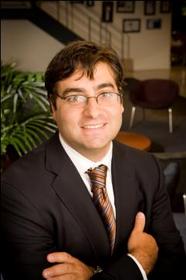 In 2008, Barack Obama, a previously little-known, single-term Senator from Illinois, won the presidency of the United States. The upstart victory was partially due to the mobilization of millions of disaffected voters through the distribution of digital media via social networks and email. Yet despite the global success of digital in mobilizing and influencing the disaffected, only a tiny fraction of the forecasted $8 billion dollars spent on media in the 2012 election will be spent online.

Though other industries have embraced online media, political campaigns have hesitated, even though as of 2008, 40 percent of adults were going online to find information about campaigns. A 2008 study by the Pew Center for the States and Google found that 46 percent of Americans used the Internet to get news about campaigns and share it with others but that official information, from both campaigns and state voting guides, was inadequate. People have gone online, but political operatives have not followed them.
Even if their audience hadn’t deserted traditional media, one would assume that campaigns would yearn to have access to people online. Online advertising provides far greater transparency and feedback on the efficacy of messaging than broadcast. One of the great success stories of the 2010 elections was Harry Reid’s survival in Nevada, which was accomplished through extensive micro-targeting. Voter concerns were identified and messages were specifically crafted to persuade voters on the particular issues that appealed to them locally.
Micro-targeting has been part of every campaign’s arsenal for years, but Reid took it online in addition to traditional efforts. In the end, Reid overcame huge polling deficits on Election Day when many Democrats lost their jobs by using such targeting to localize the negative policy positions of Sharon Angle. For example, instead of running a predictable TV ad stating that Sharon Angle’s education policy will impact teachers’ jobs in Nevada, the campaign ran online ads with super-specific localized messaging. For example, when users accessed the Web from the zip code 89801, they saw Reid ads with the message “Sharon Angle’s education policy will cost teacher jobs at Adobe Middle School.”
As Tip O’Neill famously said, “All politics is local,” and online advertising can be used effectively to that end. The main difference between traditional micro-targeting strategies like direct mail and door-to-door campaigning is that digital advertising technology is capable of increased accuracy, speed and scale. A message can be created and delivered at scale in under an hour while the topics and movement are fresh in the constituent’s mind.
If both the reach of online advertising is going to exceed broadcast, and the capabilities of interacting with audience is vastly superior to broadcast, why is there so much inertia keeping political dollars from digital media? Does the cyclical stop-and-start pattern of campaigning fail to develop the depth of expertise required to understand the power of digital? After all, there has been little true innovation in American political election strategy since the television found its way into most people’s homes.
The first televised Presidential debate in 1960 between Nixon and Kennedy is often cited as the birth of the modern campaign. People who listened to the debate on radios thought that Nixon had won, but people who watched the debate overwhelmingly favored Kennedy. The disruptive technology of television upended the way campaigns were conducted in America, and issues and policies were replaced by identity and celebrity. All it took was one candidate to show the power of the new technology. Nixon quickly learned the lesson and returned to use television to evoke emotion rather than talk about or debate issues and as a result won the Presidency he had lost it just a few years earlier.
New disruptions are underway. The candidates, action committees and policies that acknowledge the new reality will be the ones that win. Looking back, the winners in 2012 that defy inertia to embrace digital and win the election may make the history books as the political innovators that ushered in the digital age of politics.
Edward Montes is the CEO of Adnetik, a Boston, MA.-based independent trading desk.
https://digiday.com/?p=1778
Most Read
Trending in
Digiday Top Stories