Publishing today is an exercise in constant adaptation to change, whether it’s figuring out how to distribute on platforms, getting a fair shake from advertisers, or tracking readers across the Web. At the Digiday Publishing Summit in Vail, we asked publishers to write down their biggest challenges. Then we asked a select few of them to elaborate, anonymously. Here’s what they said. 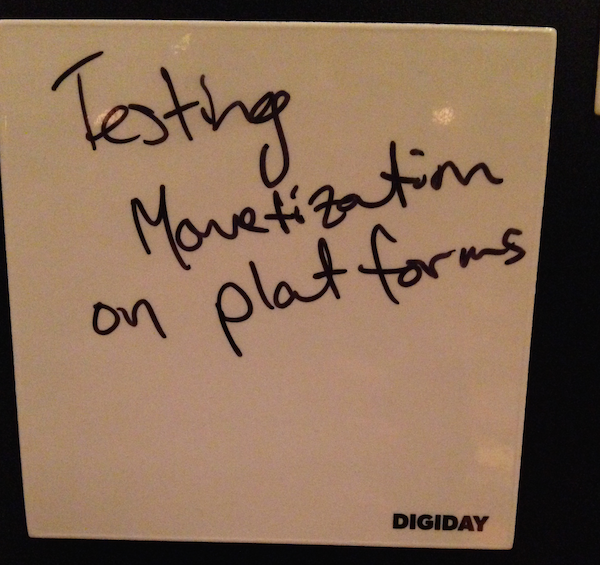 “I’m really distrustful of the numbers platforms are giving us. Our experience with Apple News is awful. Nielsen had that whole problem with time spent on Facebook. It makes us so much more cautious. I commend people who are taking the leap in getting on platforms, but it makes it more difficult for me to sell it to management.”

Thinking about the user first 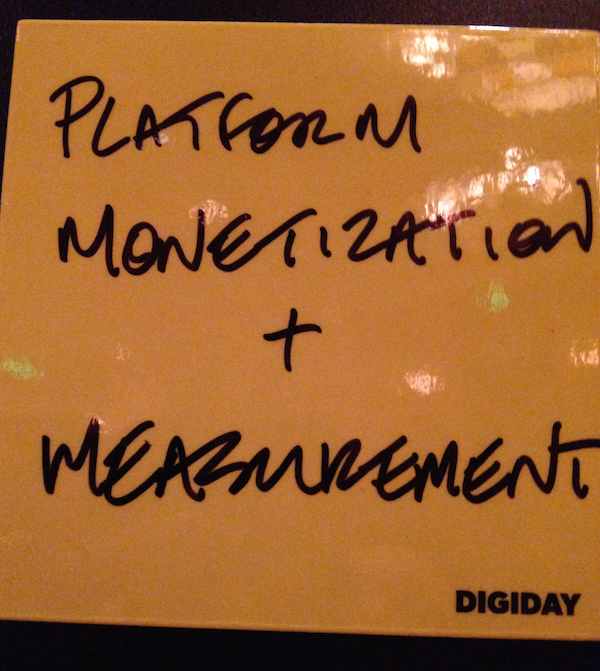 “We’re getting into Facebook and AMP, and they’re still so new. Apple News — all the data they’re giving us is wrong. I don’t know if consumers like these experiences better than what they had before. We’re thinking about the user first. You need to know how they’re engaging.” 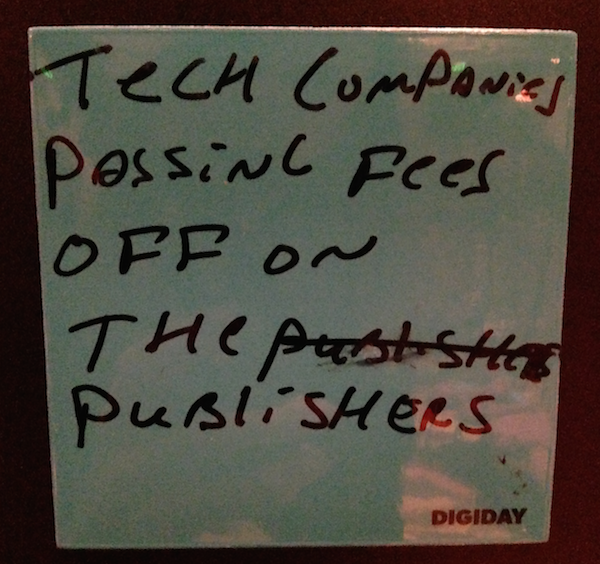 “It harkens back to the rich media days. We sign a deal with advertisers, and the ad tech company is piggybacking on an existing deal and pushing us to pay the bill. You also have clients asking us to pay their ad serving fees. Agencies are expecting us to pay it directly because they’re getting squeezed. It’s a hostage negotiation.” 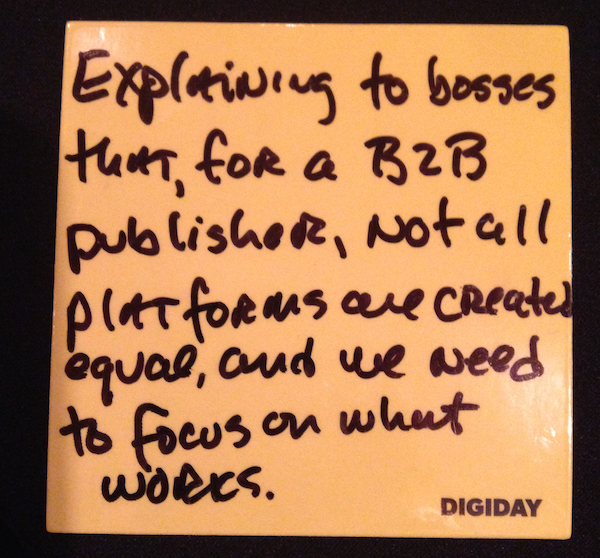 “I have bosses who are willing to listen and invest, but they don’t fundamentally understand how to publish on the Internet. They’re very prone to coming in and saying, ‘My kids are on Snapchat, why aren’t we on Snapchat?’ We’re in B2B, and that’s not where our customers are. So there’s a lot of explaining about that.” 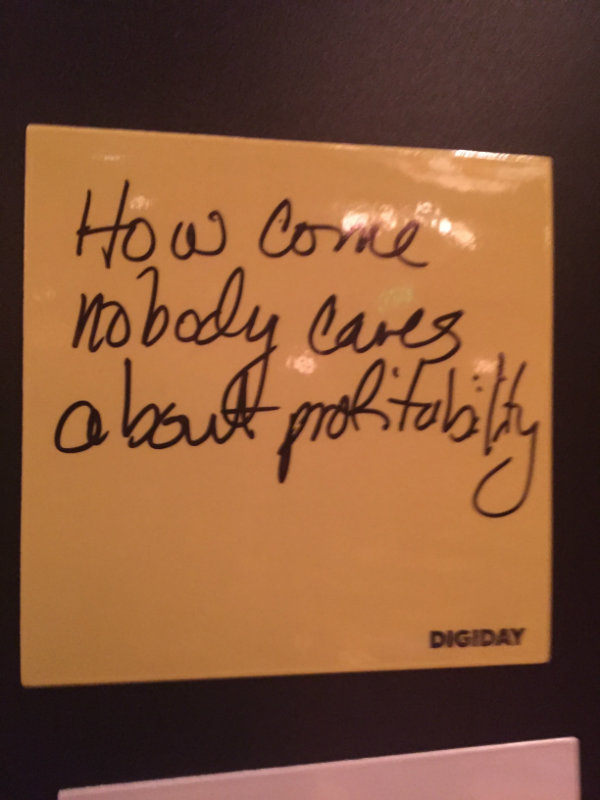 “For somebody like me who grew up in the media industry, where you had to make money, my philosophy has always been, you need to be self-sufficient. The more you are, the more opportunities you have in the long run to invest in product and take care of your audience. Today, it’s morphed into what is sexy and how much money you’ve raised, and not whether you’re running a self-sufficient business.” 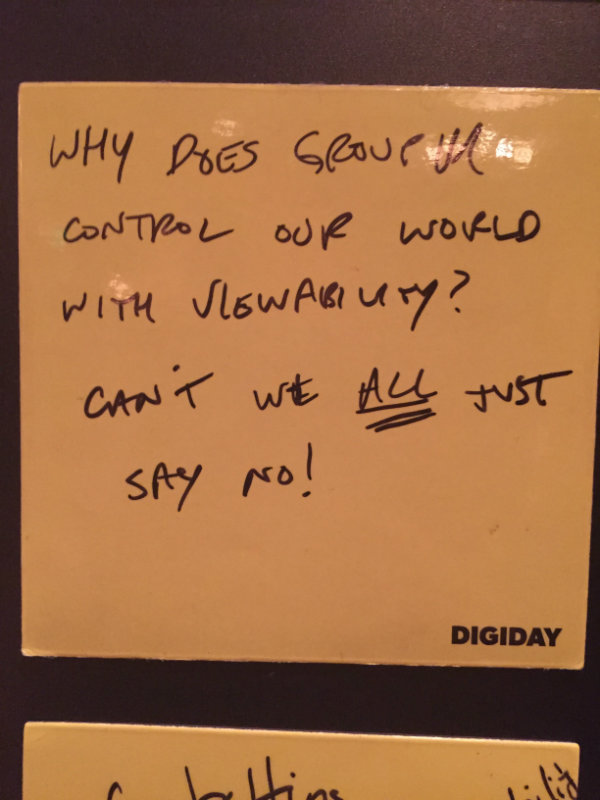 “We’re working with video networks trying to figure out how to deliver on this unreal expectation. It doesn’t align with MRC standards. Because of the depth and breadth of who they are, they’re bullying publishers for lower rates and comparing us to shitty networks that have lower value and no premium inventory, all because they’re supposedly ‘fulfilling viewability.’ I don’t see how networks are offering 100 percent viewability at the rates they’re asking, which is in the $30-40 range, and delivering. And they’re asking the same thing from premium publishers. We’re not dropping our pants and doing it, but when you negotiate at a rate that’s higher than the networks, we still have issues fulfilling that.”

A lack of transparency 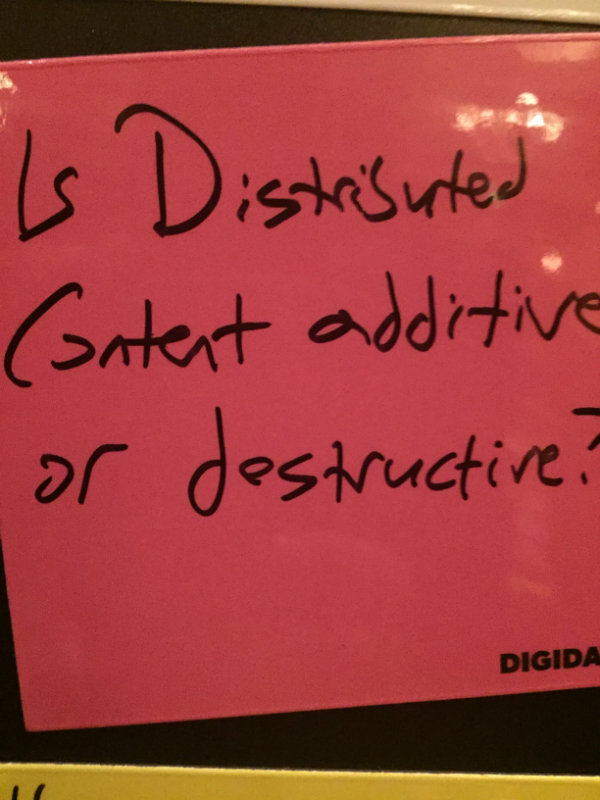 “It’s such a trade-off. All these companies are on Facebook and Snapchat, but no one wants to share real stats on how much business those platforms are bringing in. Venture capital is putting a shit-load of money in BuzzFeed and Refinery29 and others, and I get it. But there needs to be a whole lot more business transparency.”