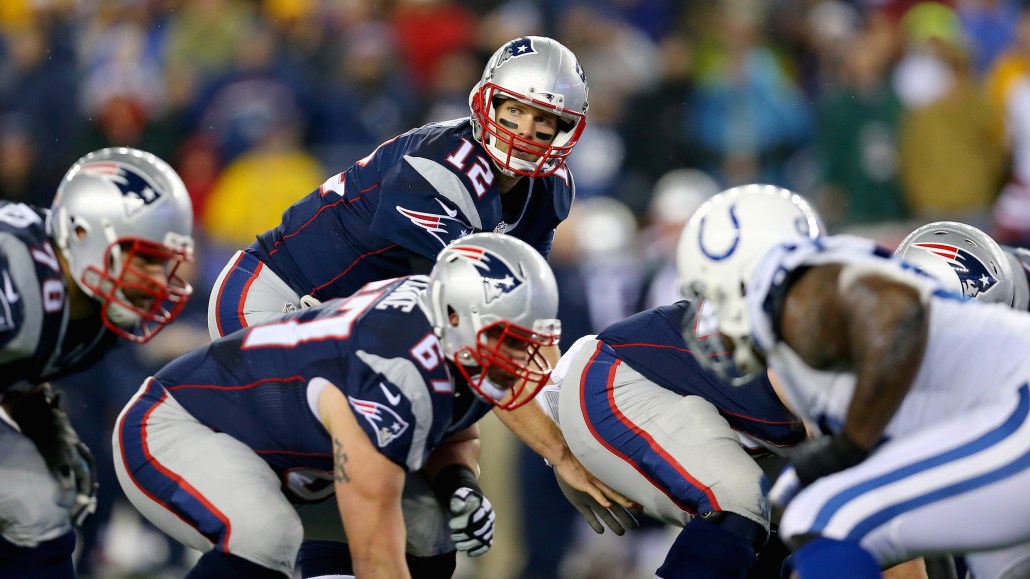 With the Super Bowl just days away, the National Football League has finally added YouTube to its video-distribution roster.

The NFL’s presence on Google’s video-streaming platform, discussed between the two parties for years before reaching mutually agreeable terms, brings one of YouTube’s major content gaps to a close. Other sports leagues such as the National Basketball Association and Major League Baseball have long had an active YouTube presence.

While YouTube declined to discuss the terms of the deal, The Wall Street Journal reported Google agreed to pay the league a “multimillion dollar” sum annually for the content rights. Google, which will sell ads to run against the NFL content, will split the advertising revenue with the league once it recoups that upfront fee. A source confirmed that deal structure for Digiday.

The YouTube deal is part of a dramatic shift to the NFL’s digital video strategy, which historically restricted video assets to the league’s owned and operated properties, keeping all of the ad revenue for itself. Last month, the NFL inked a deal with Facebook to bring short video clips to that platform. The NFL has also struck deals with Twitter and Verizon Wireless to provide some video content (but not full games) to their respective user bases.

“At the end of the day, it doesn’t matter where somebody consumes the content, as long as you can retain some kind of ownership over that content and monetize it,” said Orli LeWinter, vp of strategy and social marketing at digital marketing agency 360i. “These traditional content creators like the NFL have fought it and fought it for so long, just like the music industry. Now they’re realizing they can actually win if they follow consumer habits and address those needs, rather than trying to force them to consume content in the same way that they did 10 years ago.”

The NFL videos on YouTube will include prompts driving viewers to live games and broadcasts. In short, it’s marketing as well as monetization.

“Clearly they’ve seen the light and decided to join the 21st century,” remarked Paul Verna, a senior analyst at eMarketer. “I had a similar reaction to last month’s NFL-Facebook announcement. Tens, maybe hundreds of millions of people already share all sorts of football-related stuff on Facebook, so why not allow them to also share video clips? Both of these things are no brainers.”

Jessica Sanfilippo, group media director at 360i, has no doubt YouTube’s NFL content will attract a wealth of advertising dollars as well as viewers. But while this deal is surely a boon for YouTube, Facebook may profit more from its alliance with the NFL.

“YouTube has the benefit of being able to surface the content directly within the search stream, so as users are hunting for clips they will benefit from that prominence,” said Sanfilippo. “But NFL — and sports content more generally — is a hugely social thing in terms of how it’s consumed, giving Facebook a strong boost to be able to try and create more traction in the video space.”

There are still some restrictions on the NFL content. The league won’t enable fans to embed its YouTube clips elsewhere on the Web, for example. The NFL wants to be able to control where its video appears, but it is arguably hindering its marketing and monetization efforts by halfheartedly embracing the way the Web works.

Two factors influenced that decision, according to an NFL representative: a desire to respect its other content partners and protect its brand from appearing in unsafe environments. Also, the NFL will maintain its current approach to pirated or fan-recorded videos on YouTube, working with the platform to efficiently remove that content, the rep confirmed.

“It’s really tough for these organizations to change what they’ve been doing and the way they’ve been structured for so many years,” said LeWinter. “It’s a total shift in mindset.”