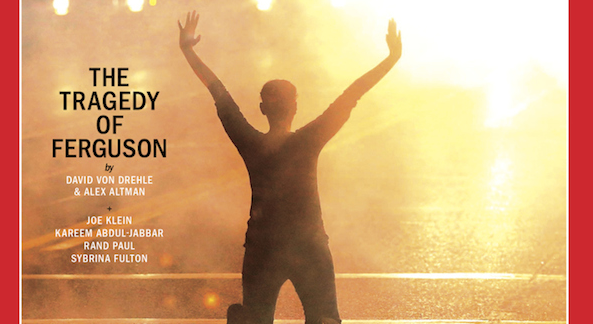 The newsstand is dying, so magazines today go to social media to stir up attention for their covers. Three newsweeklies this week devoted their covers to Ferguson, Missouri, where unarmed black teen Michael Brown was shot dead by a police officer earlier this month. Each of the chilling covers depicted the “hands up” sign that has become an iconic sign of the protests that have ensued in the wake of Brown’s death. We took a look at how the covers performed on social media.

Time
Time used an image from the protests, giving them a journalistic, in-the-moment feel. It was shot by Getty Images photographer Scott Olson, who was arrested in Ferguson while covering the protests. Longtime design guru Roger Black called it “Deadpan real, and thus more effective” than the other weeklies, made all the more more credible by its reality.

The story was shared 4,076 times on Twitter, making it the most social of the three, as measured by social analytics company Simple Reach. It was Time’s second-most shared cover story after the Time 100 cover featuring Beyoncé, and the cover also was liked 5,400 times on Facebook, according to the magazine. Time’s Ferguson coverage, in general, was particularly social in nature: 39 percent of referrals to Ferguson content on Time.com came from social media, versus 24 percent for all Time.com content in August. 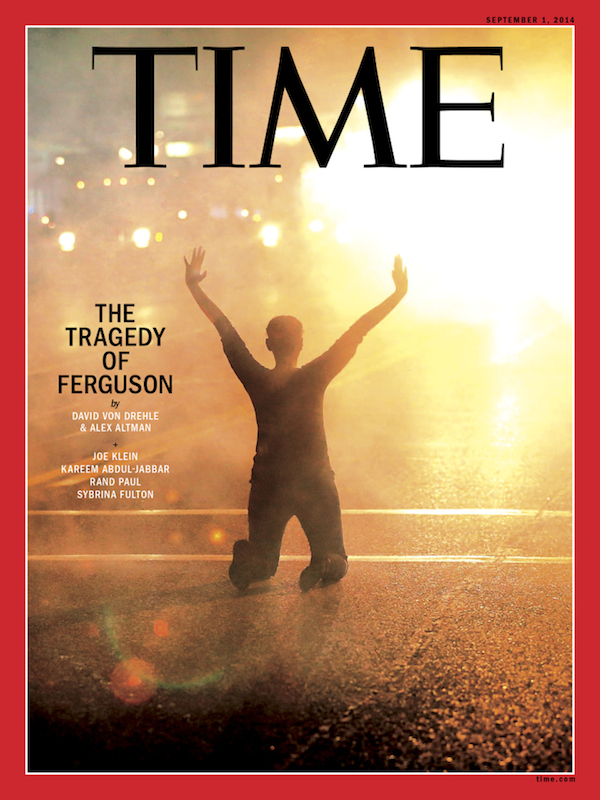 Still, there’s no telling how much more the Ferguson story might have been shared had it not been behind the magazine’s paywall.

The New Yorker
The oil painting-like treatment by Eric Drooker gives this cover a timeless quality. In an interview in The New Yorker, Drooker described how the shooting of Brown resonated with him because a friend who happened to be black was killed by police in 1991. 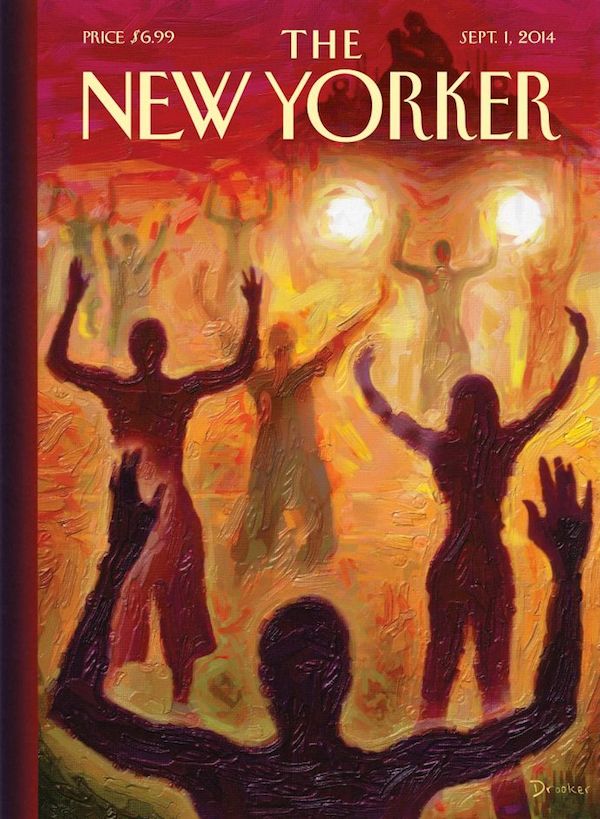 The accompanying story had 1,150 interactions on Facebook and 400 tweets, according to Simple Reach. According to the magazine, there were more than 7,300 tweets that mentioned the cover or accompanying blogpost and its Facebook page garnered 6,265 likes, making this one of its most socially talked-about covers of the past year.

“For me, the cover is reminiscent of Edvard Munch’s oil painting, ‘The Scream,'” said Magdalena Wielopolski, senior visual designer at agency Huge. “Perhaps this is an intended correlation between the two and speaks to a time of transition. If The New Yorker is making a statement about the transition of civil rights in today’s America, then this style is an interesting way of depicting an uncertain society and an uncertain future.”

As reported, Twitter has seen far more Ferguson-related interaction than has Facebook, even though Facebook has a much larger user base. But as the figures for these magazines show, any given story is subject to a number of factors that don’t necessarily reflect the broader trend.

“It’s hard to say how any one story will do on Twitter versus Facebook,” said Eddie Kim, CEO of Simple Reach. “Outside of a handful of publishers, I always assume Facebook will beat Twitter if there is enough scale.”

Bloomberg Businessweek
Interestingly, Businessweek went with another image by Scott Olson — this one with a more humanistic touch, rendering it all the more poignant. The story got 2,400 total likes, shares and comments on Facebook and 1,133 tweets, according to Simple Reach. That, even though Businessweek has roughly equal numbers of Twitter and Facebook followers (670,000 and 626,000, respectively). 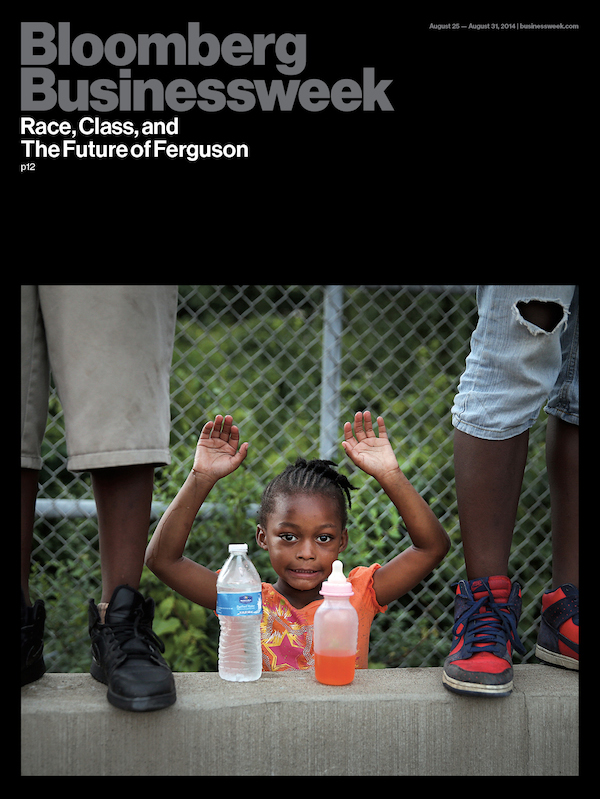 Of the three, said George Eid, founder and partner at design firm Area 17, “I find the Businessweek cover most striking as they take a more documentarian approach –- allowing us, the viewer, a chance to see a story unravel — in all of its complexities — in a single photo and byline.”