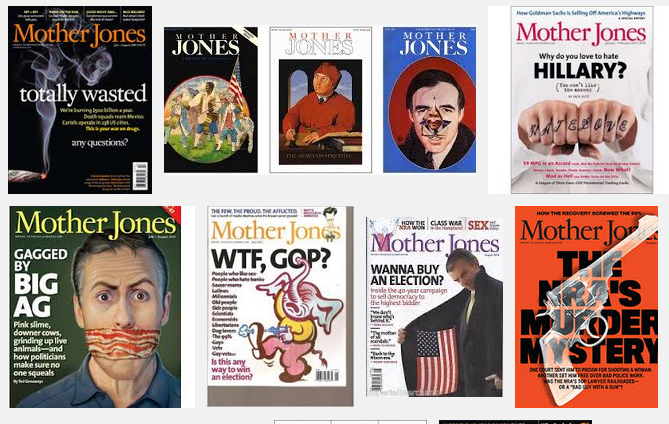 Troubles at The New Republic have attracted fresh attention on the business challenges facing policy and investigative journalism in the digital era. Facebook co-founder Chris Hughes bought it not to, as he wrote, be a philanthropist but to make it a sustainable business. While there’s doubt as to whether he’ll be able to do that at TNR, another left-leaning wonky magazine is showing that the nonprofit model can make it possible for serious journalism to survive the forces of disruption.

Under co-editors Clara Jeffery and Monika Bauerlein, who took the helm in late 2006, Mother Jones has tripled its editorial staff to 45, raked in 12 National Magazine Award nominations (including three wins) and gone into the black. “Right now, Mother Jones is a great example of an alternative model that allows us to be a full member of the media landscape without having to do everything that’s necessary to suck every penny out of every piece of content,” said David Corn, Mother Jones’ Washington bureau chief. “We get to measure success by what we produce.”

Here are five ingredients to the publication’s success.

Have multiple revenue streams.
Mother Jones derives just over half of its revenue from some 40,000 donors, the balance from circulation and advertising. The donor base ranges from small individual givers to big foundations, and has increased 125 percent since 2007. So while circulation and ads are important, Mother Jones is fairly insulated from swings in the ad market.

Master social media.
With a change in Facebook’s algorithm last year, sites with a strong point of view saw increased visibility, perhaps none more than Mother Jones. The publication’s monthly Facebook interactions shot up more than 700 percent from August 2013 to May of this year, according to NewsWhip. Mother Jones has capitalized on its 939,000 Facebook followers and 460,000 Twitter followers by writing social-friendly headlines that give its hard-hitting stories a lift. It isn’t above throwing the occasional animal post into the feed, either, like Watch This Dog React to Its Favorite Song Coming On.

Keep a hand in print.
Given reader and advertiser trends, any print publication has to figure out a long-term strategy when it comes to ink on paper. Jeffery and Bauerlein considered changing the frequency of the print edition, which appears every other month and has a paid circulation of 200,000, according to the magazine. They ultimately decided to leave the print intact because it’s a touchpoint for the 10 percent of print subscribers who are also donors. “Print readers are a loyal bunch. And online readers, it’s harder to know as much about them,” Jeffery said.

Form partnerships.
Mother Jones has amplified its impact with a cooperative reporting venture with partners including The Guardian and The Huffington Post, which is taking an in-depth look at climate change. By pooling their reporting resources and distribution firepower, the partners get more return on their investment than they would on their own.

Do investigative journalism.
The donor model takes the pressure off Mother Jones to chase scale, but it also incentivizes it to do stories that make an impact. That’s because, ultimately, to get people to give, the publication has to produce stories they’ll care about. (Focusing on editorial coverage not easily found elsewhere also gives Mother Jones an advantage in digital.) That approach has produced notable work like this database on mass shootings and this video on how Newtown dealt with all the letters it received in the wake of the shootings (41,000 views on YouTube).

“Ultimately, what we look for is impact — a big investigation that changes things,” Jeffery said. “We’re rewarded because that’s what people want from us, by subscribing or sending us cash.”