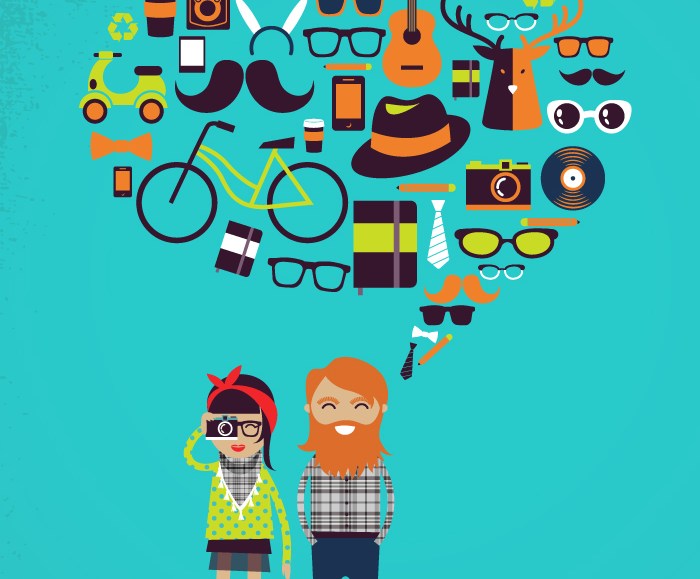 Forget the image of an “influencer” as a seasoned industry exec with thousands upon thousands of Twitter followers. Star college basketball players who have tons of Facebook friends or popular sorority girls who have tons of Facebook friends are the kinds of “influencers” that David Arabov is trying to get his publication in front of because they are the ones who read it and help increase its audience.

Arabov is the 22-year-old CEO and co-founder of online publication Elite Daily, a new publication entirely for and by millennials. Elite Daily was founded in 2011 by Arabov and his Pace University classmate Jonathan Francis, who is COO of Elite Daily and the oldest person at the publication at the ripe old age of 27 and Gerard Adams, who is president. The rest of the Elite Daily full-time staff of 25 people based in New York is between the ages of 22 and 24.

Elite Daily is the latest online publication to go after the much talked-about millennial generation, which older generations love to label and stereotype. At worst, Gen Yers are entitled social media-addicted oversharers who live with their parents; at best, they are tech and media savvy, entrepreneurial multitaskers who want to change the world. But whatever you think of them, millennials are an important demographic: They will make up 50 percent of the workforce by 2030, according to Bureau of Labor Statistics, and their purchasing power is on the rise.

Elite Daily aims to give this generation of young people a wide range of content they relate to all in one place and in a voice they can relate to: that of their peers.

“We saw a huge void in the marketplace,” said Arabov. “When you are a young person just out of college, you don’t necessarily want to just read the New York Times or Huffington Post.”

The New York Times it isn’t. Elite Daily is more like a mixture of Thought Catalog, Huffington Post and a dash each of Cosmo and Maxim. The publication covers a wide range of subjects, like news, sports, entertainment, business and sex. Articles include industry-specific stories like “How Are Startups Worth Billions,” news stories like “Tamerlan Tsarnaev Officially Implicated In 2011 Triple Homicide” and the ever-popular listicle-type stories like “25 Gifs That Perfectly Describe the University of Delaware” and “11 Signs You Need to Leave Your Relationship.”

Elite Daily also produces video content and has done interviews with famous athletes, artists and people like David Neeleman, founder of JetBlue, to talk about their careers and how they reached success. The idea is to help give millennials advice from people who have made it themselves. Elite Daily also plans on starting to produce its own mini-documentaries, much like Vice does.

While most publications aim for consistency in content and editorial voice, according to Elite Daily’s editor-in-chief Kaitlin Cawley, age 24, the publication actually avoids this. Elite Daily isn’t going for cohesiveness but rather prefers to showcases a variety of voices and opinions from its editorial staff of 16 and its global contributing writers network of about 250. This large network helps Elite Daily produce over 100 pieces of content a day. The one thing that is consistent in all of the Elite Daily’s content is its “young, entertaining” tone, as Cawley put it. According to Cawley, this variety is a way to get and keep the attention of the “ADD”-affected millennials.

Elite Daily isn’t scared of creating a bit of commotion. Some of its articles, particularly the ones aimed at men, are raunchy and aren’t particularly balanced. Cawley says that these articles stir up conversations and arguments, and that’s what Elite Daily is going for. She also said that for every article that takes one side of an issue, Elite Daily publishes another from the opposing view to make the overall voice of the publication more balanced. So I guess this “10 Things Men Need to Realize in 2013” is meant to balance out the gross misogyny in “The Reasons Why You Should Marry a 19-Year-Old” — even if that is meant to be satirical, which it doesn’t seem to be. With so many different voices and types of stories on Elite Daily, the intentions and true tone of that story is  dangerously unclear.

Elite Daily has Black Ocean, a private equity firm with a focus on incubating startups, as a founding partner. Black Ocean is helping Elite Daily with its sales and monetization strategy. For now it looks like most of its ad inventory is sold through exchanges, but according to Francis, Elite Daily has recently signed with rep firm Woven to help enhance its current sales team of five.

“We want our content and our branded content to speak to our audience, not at it,” said Francis. “We don’t want to just slap logos on things.”

While the “for millennials, by millennials” pitch might be enticing to the many brands that want to reach this target audience, the variety of tones and mixture of content on Elite Daily might work against it. As Arabov envisions it, the Elite Daily team will come up with pieces of content that brands can choose from, that way, both sides feel comfortable with what’s being published. But for now, Elite Daily is focusing on getting itself out there to more young readers and attracting brands.

“The greatest challenge is building the numbers that will garner the attention of the industry,” said Francis.