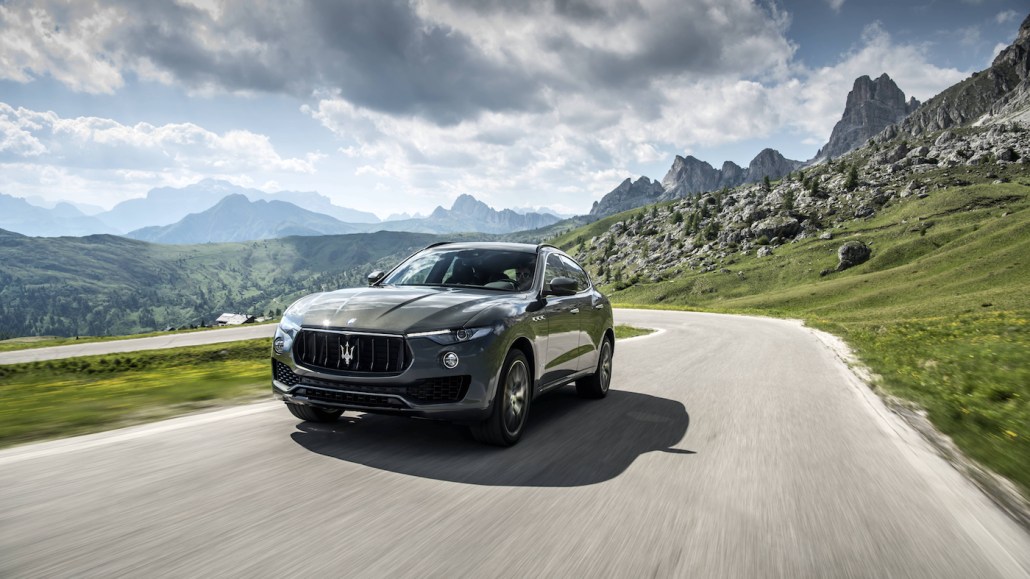 Luxury car brand Maserati will only run TV ads in Europe if it can buy the right target audiences rather than inventory around the shows they might watch — anything else is just waste.

The advertiser is using Sky’s targeted TV technology to target ads for its luxury SUV Levante to individual households in the U.K. based on viewing behavior or lookalike audiences. It’s the first time Maserati has bought any TV media in Europe. Like other luxury advertisers, Maserati has viewed TV’s reach as too broad. The Levante sells for £56,690 ($76,075), and Maserati shipped around 51,000 cars last year.

“If Maserati were to try and run a traditional TV campaign, then we would probably end up wasting something in the order of 95 percent of the investment,” said Mike Biscoe, Maserati’s gm for its Great Britain region. “It’s either addressable TV or nothing because I can’t afford to go broadcast. If I had an infinite marketing budget, then I could afford to wait to get payback over 15 years. The power of TV as a creative medium is undeniable, but it’s something which hasn’t been cost-effective for us in the past.”

Maserati’s targeted TV ads are targeted to locations near its dealerships. Households will be served variations on messages that either espouse the brand’s values or promote the price of the car and its monthly finance rate, depending on whether those in the catchment areas either resemble the brand’s target group or are likely to be in market for a car, respectively. On the latter point, the advertiser is targeting specific audiences on the basis of factors such as vehicle ownership and household composition. The frequency of those targeted ads is capped, and only the ones played at least 75 percent of the way through at normal speed are bought. Visits to Maserati dealerships will be tracked over the length of the campaign, which ends in September.

Beyond dealer visits, the campaign’s success will also hinge on the number of visitors it drives to a site created solely for the launch of the Levante.

Pressure is mounting on Maserati after a lackluster 2017 was compounded in the first quarter when both shipments and revenue slipped a fifth compared to the same period last year. Sagging demand has consequently pushed Maserati to lean more on marketing that can deliver faster returns.

Should targeted TV ads prove their worth over the summer, then Biscoe believes they could be bought in other markets across Europe. Advertisers can already buy targeted ads on Sky’s AdSmart inventory in the U.K., Italy and Ireland, while there are also plans to launch the technology in Germany and Austria. Further scale for Maserati could come from the broadcaster’s expansion into more households over the next three years. By 2021, the broadcaster expects to be in around 60 percent of households in the U.K., up from 28 percent now, and driven by Virgin Media’s decision to serve Sky’s addressable ads to its own subscribers. For an advertiser like Maserati that considers itself too niche for the broad reach of TV, the prospect of more households not just in the U.K. but Europe is making its marketers rethink the role TV could play in media plans that are increasingly influenced by its own data.