A look at the FiveThirtyEight backlash 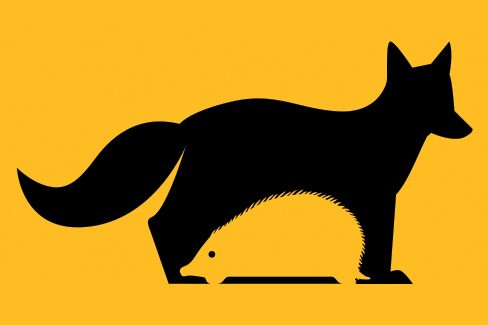 Can we give @natesilver538‘s baby just a little more breathing room before burying it alive? It’s hard to reinvent journalism!

While it has been just seven days since the wrapper was taken off the latest iteration of FiveThirtyEight, Nate Silver’s data-journalism project, that hasn’t stopped anyone from offering their sweeping conclusions — both good and bad. Here’s a look at what the Internet had to say about it.

Data journalism isn’t entirely objective
While FiveThirtyEight is predicated on the idea that data is objective and never lies, the reality is that data analysis is just as prone to bias as anything else. “Even data-backed journalism is opinion journalism,” wrote economist Allison Schrager this week.

Put another way, Silver may be pitching FiveThirtyEight on the supposed rigor of numerical objectivity, but many people say he’s missing one key point: In the end, there’s really no such thing as journalism free of ideology or bias. “Everyone, without exception, has some kind of ideological-theoretical perspective that informs the way they interpret the evidence they see,” wrote Ryan Cooper at The Week.

The initial output hasn’t been great

With great expectations come great disappointment. While Silver has promised that FiveThirtyEight won’t write stories that draw “grand conclusions from thin evidence,” not all of the site’s output so has lived up to that mission, some say. The Knight Science Journalism Tracker took issue with the site’s story on decoding health news, which it called “abysmal.” ThinkProgress also pointed out some flaws in the site’s early science coverage.

Disappointment with FiveThirtyEight’s early output was a common refrain. “Maybe it is I rather than they who is misjudging the market,” wrote Marginal Revolution’s Tyler Cowen, “but to me these are ‘tweener’ pieces, too superficial for smart and informed readers, yet on topics which are too abstruse for the more casual readers.”

Some important FiveThirtyEight hiring news coming out in about 10 minutes. Stay tuned…

In the end, maybe Silver has no one to blame for this early disappointment but himself. Since announcing his departure from The New York Times last July, Silver has teased watchers with hiring announcements,  interviews and gobs of hype. And that all of that teasing culminated on Monday with 3,500-word manifesto and a bevy of nagging tech problems probably didn’t help early reception either.

The lesson from Vox, 538, and Pogue’s tech site? If you launch your site by saying other sites suck, there will be a media backlash.

Silver makes no attempt to hide his distaste for the punditocracy. “My disdain for opinion journalism (such as in the form of op-ed columns) is well established, but my chief problem with it is that it doesn’t seem to abide by the standards of either journalistic or scientific objectivity,” he wrote in the site’s lengthy intro/manifesto last week.

As expected, the opinion journalists struck back. New York Times op-ed columnist Paul Krugman said that Silver’s mission to let the data speak for itself is fundamentally flawed. “Here’s hoping that Nate Silver and company up their game, soon,” he wrote.