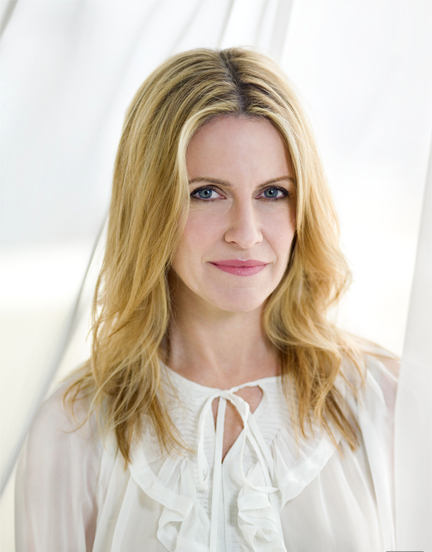 At a time before blogs, Twitter and Facebook, Jane Pratt was honing skills that are now keys in social media: transparency and authenticity. As the founding editor of Sassy in 1988, she brought risque topics to the forefront (often with a dose of distinctive sexual candor). Then, after Sassy’s demise, Pratt set out to reinvent women’s publishing with Jane, which brought an irreverent tone to the field. Last May, she set out to do it all over again, only this time on the Web.

Pratt launched XOJane, which aims to marry the flexibility and casualness of the Web with the editorial sensibility of print. Posts range from the hilarious to the heart-wrenching to the brutally honest. There’s a flippant tone which stems from the site’s philosophy of having as many unique voices as possible. This has led to significant growth in the six months since its launch. According to ComScore, the site’s traffic increased from 108,000 unique visitors in September 2011 to almost 320,000 in January 2012.

“When people talk different metrics, for me it’s engagement,” said Pratt. “I’m very engaged with that community, and I feel like we see it back from them with the hundreds of comments on posts and the other ways they’re involved with us.”

One of the innovative ways Jane is reaching her audience is through her phone, where she brings the reader literally into her pocket. She posts texts, images and unlikely scenarios, like when she couldn’t remember Edie Falco’s name while she was having tea with the “Soprano’s” and “Nurse Jackie” star.

The site is built for such engagement. It is part of an unusual partnership between Pratt and Say Media, an upstart digital media company that grew out of ad network Videoegg. The Say bet is that it can build a new-style media company based on authentic voices like Pratt’s that are built for the type of real-time feedback that’s a hallmark of the Facebook era.

“We’re trying to take a write-read model to an inspire-connect one,” said Troy Young, CEO of Say Media. “Building community around it is a key objective of ours.”

Pratt’s been there before. At Sassy, she overturned many conventions of women’s publishing with features like “It Happened To Me,” which consisted of real stories from readers. Sassy brought in young women to put together an issue, an early example of the kind of collaboration now celebrated online. With the Web’s real time, flexible nature, Pratt realized she can develop this even further. ”It Happened To Me,” for example, is one of XOJane’s most popular sections. There’s also the  “I’ll Try Anything Once” section (it’s exactly as it sounds). Pratt has a staff of five writers, but many stories come from readers themselves, in their own voices.

“I’ve always wanted readers to be just as important voices as ours on the site,” she said. “I’m thrilled with how many readers want to put themselves out there and write about personal things.”

Another not so insignificant difference is pressure to build an audience from scratch. Sassy started with a subscriber base of 250,000; Jane was at around 500,000. Both had the help of direct marketing and newsstands. The passalong those enjoyed is turbocharged on the Web, where social media can amplify the reach of a publication almost overnight. XOJane came out of the gates strong with some buzzworthy stories, like My Rapist Friended Me On Facebook. There are, of course, drawbacks to the rigors of real-time publishing. The site publishes about 13 posts per day.

“It feels as if there’s a feeding-the-beast quality to it as well,” she said. “We want our audience to continually know what’s going on with us. The 24/7 nature of it can be challenging. We’ve only been around six months, but it feels a lot longer!”

Thanks to Say’s roster of brand advertisers, Jane has run campaigns from the likes of L’Oreal, HGTV, Sony, Citibank, Starwood and Carmex. However, according to Taylor Valentine, vp of social media at Horizon Media, this all-too-honest writing style isn’t for every brand. “It’s a challenging place for brands to walk in, but I think there’s something tremendous going on here,” he said. “Brands with provocative propositions, this is a good spot to be in.”

Pratt, who has been down this road before, knows the path won’t always be smooth. But she’s adamant XOJane will stand out in a sea of sameness, a goal that hasn’t changed since her magazine days, really. “The idea was that I want to be completely open with the readers and them be open with me,” she said.