Good Read: Is the Startup Boom a Mirage? 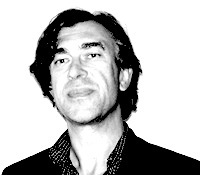 We’re in an entrepreneurial age, or so it seems. There are startups everywhere nowadays, thanks to the low cost to starting a company and easy financing that remains for many. There is also a cultural factor. Silicon Valley is no longer a place, but a mindset and an aspiration. It’s a symbol of striking it rich from a great idea. But is it what it seems? Longtime Silicon Valley journalist Tom Foremski senses that all is not right with the current startup boom, pointing out that many “successful” startups never really go anywhere, but instead are acquired by the giants of the Valley for their engineering resources.

Silicon Valley’s dirty little secret is that the startup boom is mostly a disguised jobs fair that directly benefits the big corporations. Occasionally, an innovative startup makes it past this stage but it has to be so bad that no one wants it — not even for its team. It’s from among those ugly ducklings that the swans of the new age emerge: Facebook, Google, Twitter, Yahoo and others — no one wanted them at first, then they couldn’t get enough of them.