Can IBM turn Watson into a platform? 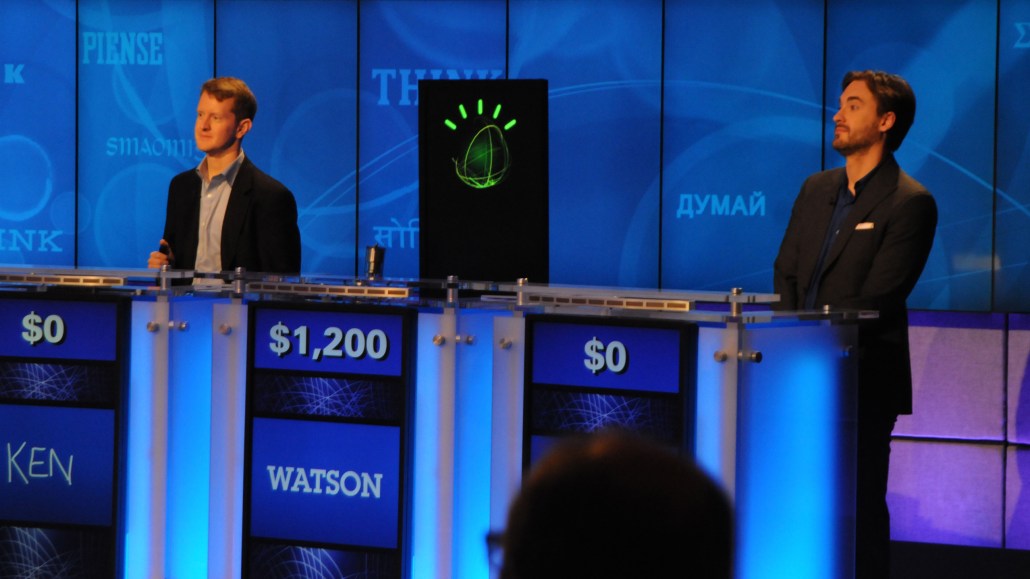 Attention, brands: You might need to figure out your Watson strategy.

Watson, IBM’s “cognitive” computing system most famous for beating former Jeopardy! champions at their own game, is becoming a mobile platform. IBM is a little more than one month into a global competition in which it has asked developers from the world over to submit ideas for consumer and enterprise apps that will utilize Watson’s artificial intelligence. Hundreds of app developers have already submitted proposals, IBM’s general manager of ecosystem development Sandy Carter said.

Watson originally wowed consumers when it proved that a computing system could not only understand questions posed by humans but could also consistently deliver the correct response to those queries. But despite its intelligence agility, Watson has been little more than a showpiece for IBM.

IBM admittedly does not know what this will yield. Some of the examples of what Watson might be used to do include improving the education system in India, for example, or helping manufacturers optimize their supply chains, Carter said. One recent submission entailed using Watson’s computing system to create a retail app that will match a user’s outfit to his or her skin pigment.

The goal of the challenge is not to turn Watson into a mobile operating system like Google’s Android and Apple’s iOS, however. Instead, IBM wants app developers to create apps that will end up on other companies’ mobile operating systems. So whenever Watson-powered apps do come to market, Apple, Google and Windows will stand to profit from whatever subscription or ad revenue those apps generate. (Mobile operating systems take a small portion of the revenue apps earn on their platforms.)

But IBM will also be competing with Apple, Google and Windows, all of which have their own personal assistant apps that respond to verbal commands and “learn” the more they’re used. Google’s Google Now app delivers relevant information to users such as their flight times and the shipping statuses of their Amazon packages by collecting their location information and combing through their Gmails and Google searches.

Watson can also respond to vocal queries like Siri, Apple’s personal assistant that comes stock on all iPhones. Earlier this week, Windows debuted Cortana, a personal assistant app designed to mimic Google Now and Siri but for Windows phones.

Carter dismissed the idea that these companies can vie with Watson’s “mind,” adding that “no one else has our cognitive capabilities.”

IBM’s app developer challenge does not mean that Watson will now be universally accessible, however. Whereas Google has embraced openness for its Android mobile operating system, allowing developers (and even competitors) to use and customize it for free, IBM is taking a more controlled approach with Watson. IBM will select which developers get to access Watson’s brain based upon the commercial viability of their idea.

Once the developer submission period ends on April 14, IBM will choose the 25 most promising applicants and give them five days to work with Watson. Five teams from that group will then be asked to pitch their ideas to a panel of IBM judges during an “app throwdown” on May 30, Carter said, where three teams will be crowned winners.

But Carter wants app developers to know there’s advantages to working with IBM beyond Watson. Unlike Google, which is trying to foster mobile innovation by making Android completely open, IBM is trying to lure developers by offering them consultation on design and user experience.