‘The industry will be transformed’: The FT’s guide to making money from virtual events 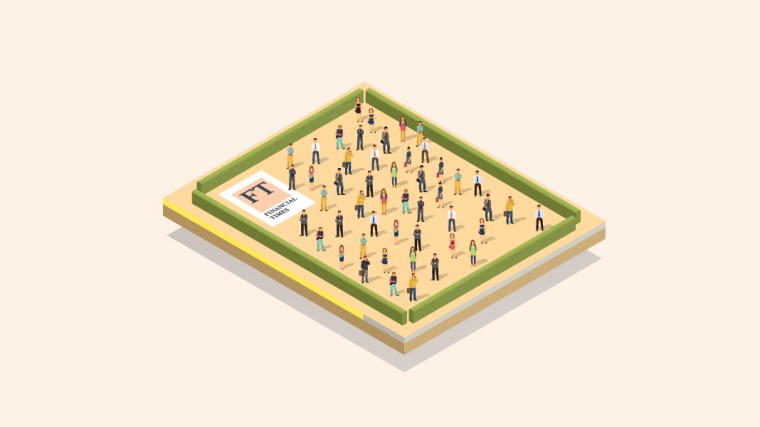 During normal times, The Financial Times hosts around 150 events globally per year. By this March however, 60 of those events — all the way until June — had already been delayed until the fall. The FT’s events arm, FT Live, is preparing for possibility it will not hold any in-person events this year.

But Orson Francescone, managing director of FT Live, does not believe this means disaster. Like most publishers, the FT has pivoted to virtual events. It drew 5,500 attendees to a four-day FT Digital Dialogues digital event on April 1 and expects 25,000 to a Global Boardroom digital event next week. While these digital versions of in-person might not attract the same amount of revenue from ticket sales, there is a “route” to the FT’s events arm hitting its profit number for the year, thanks to robust sponsorships and lower operating costs from dispensing with the need for expensive hotel ballrooms in expensive cities.

“The industry will be transformed,” Francescone said, “and transformed for the positive.”

In this week’s edition Digiday+ Talks, a series practical tutorials given by industry leaders, Francescone gave firsthand perspective on how to rethink events at a time when in-person gatherings are not happening.

Digiday+ members can access the full video of the Talk and Orson Francescone’s slides below.

How to select a virtual events vendor

There are two subcategories of virtual event tech out there, according to Francescone: broadcast platforms, like Zoom, and then virtual conference environments, which are similar to an empty venue. The big issues that kept creeping up were capacity and the ability to integrate your registration systems.

How to deliver value in virtual events

Right now, the FT is monetizing its events through sponsorships. “By and large, sponsorship is going to hold up better in a digital environment than delegate revenue” or ticket revenue, according to Francescone.

The higher margins paired with maintaining sponsorship revenues is leaving the possibility that virtual events will net even to what the FT Live anticipated at the beginning of the year that it would be able to deliver at the end of the year. 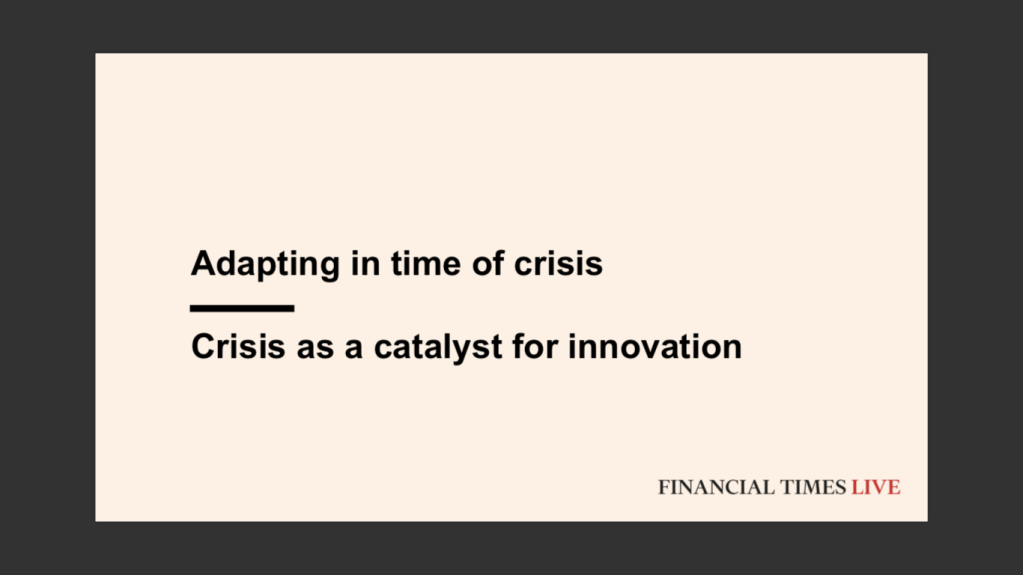 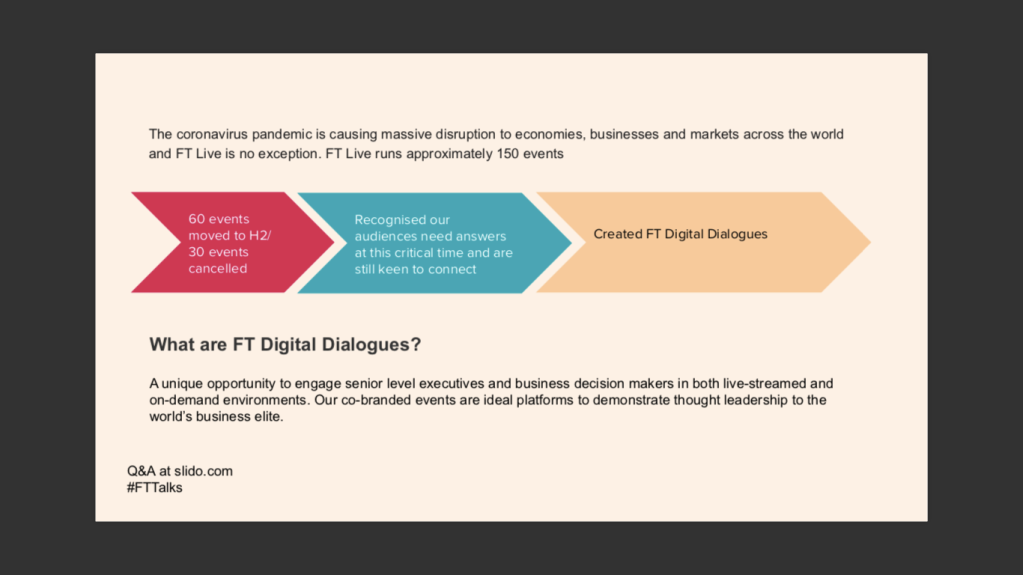 Image description –
Path of how FT Live transitioned its live events to virtual. 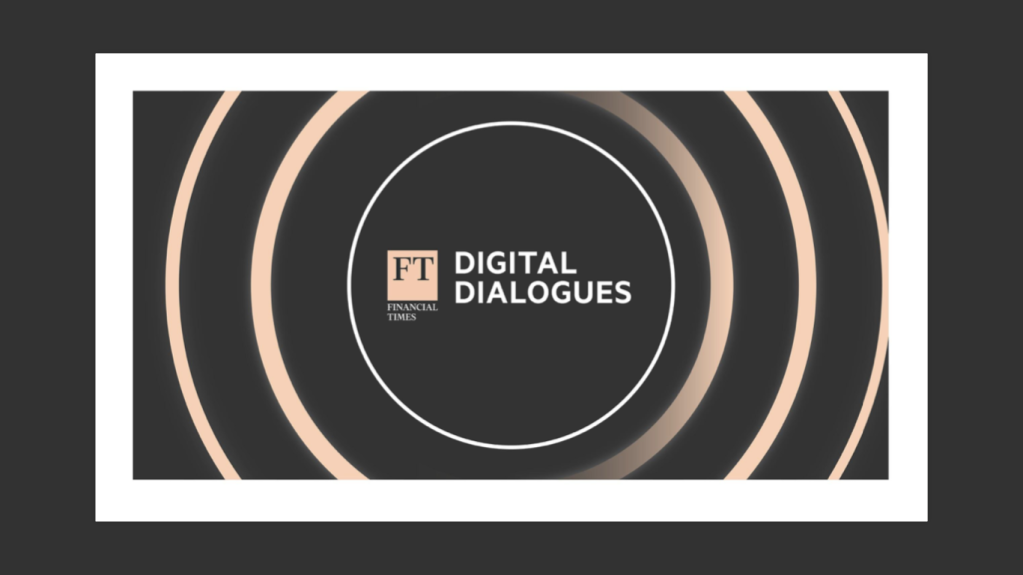 Image description –
The FT's Digital Dialogues were its first foray into virtual events. 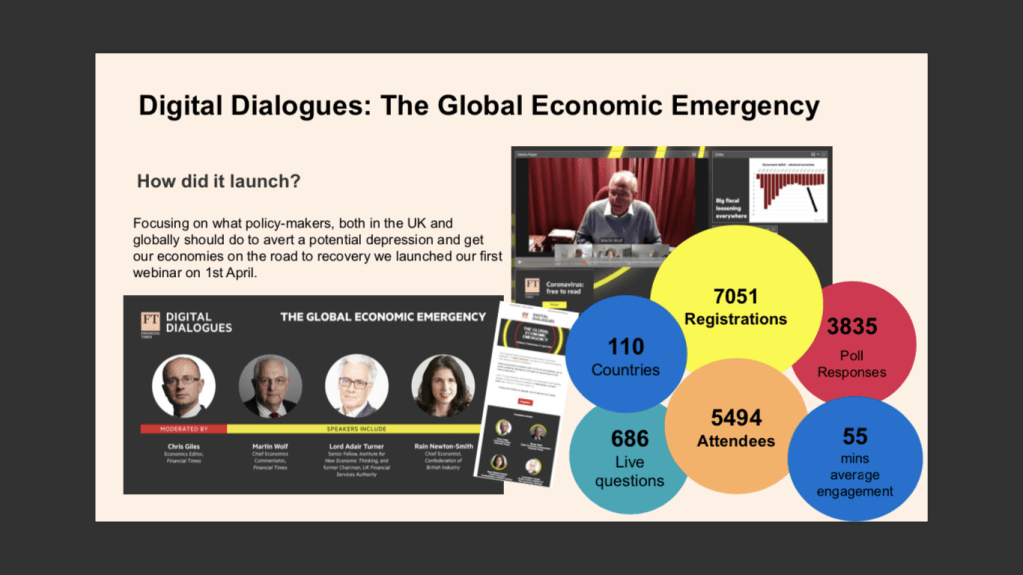 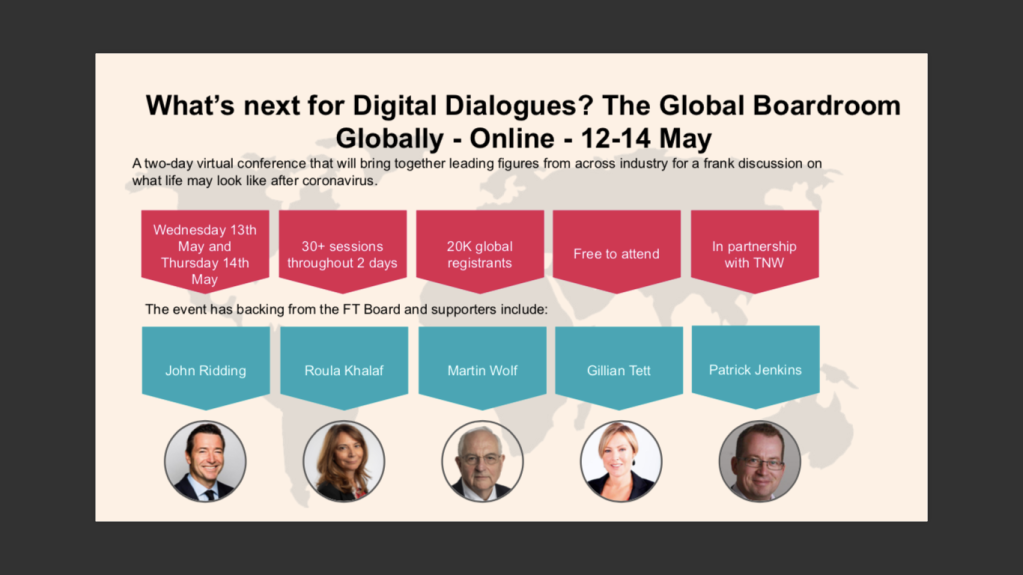 Image description –
The Global Boardroom is the first attempt at a virtual conference and has taken four weeks to plan. 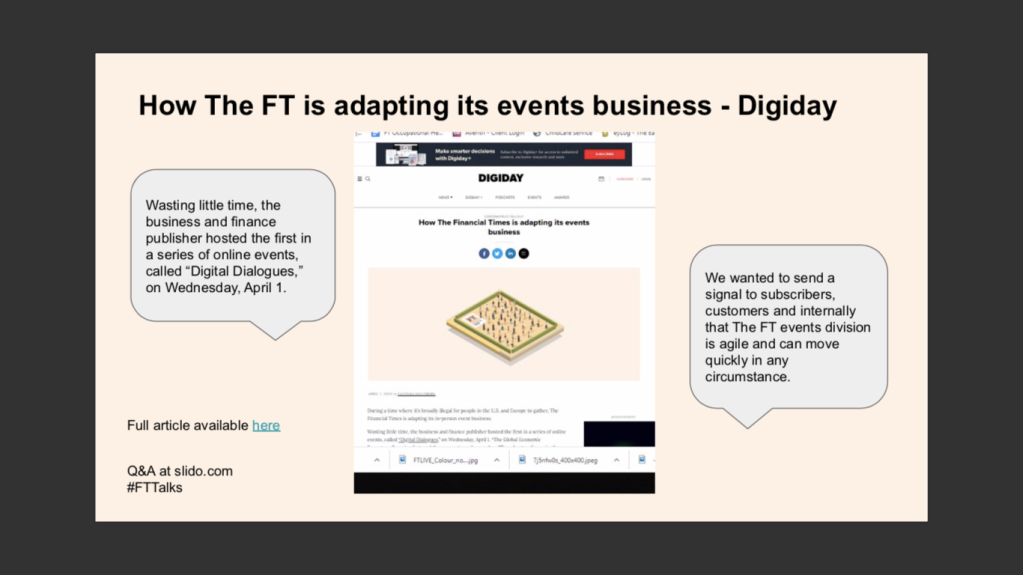 Image description –
More coverage of how the FT has adapted its events strategy. 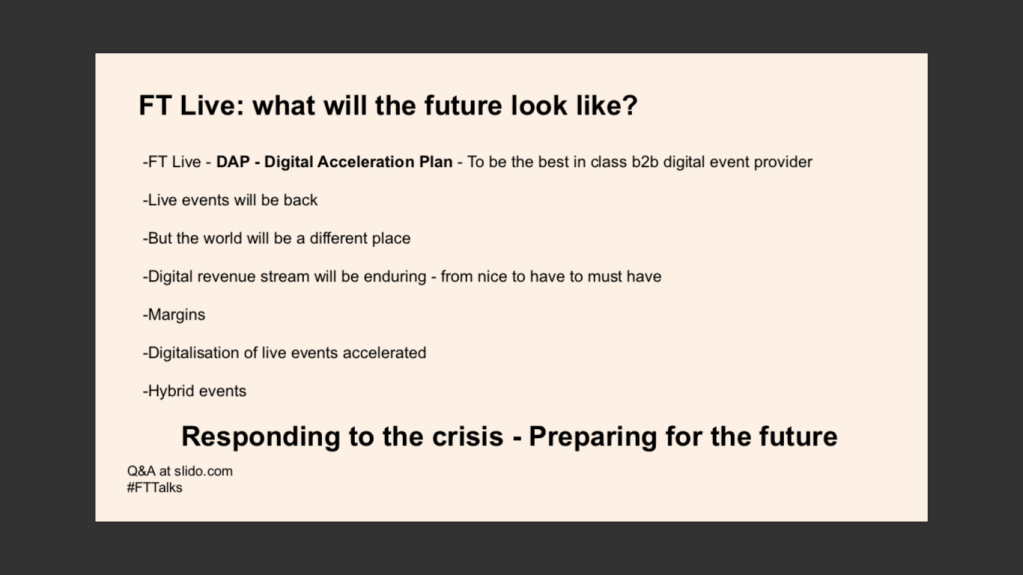 Image description –
The outlook for the future of events.
https://digiday.com/?p=366187
Digiday Top Stories