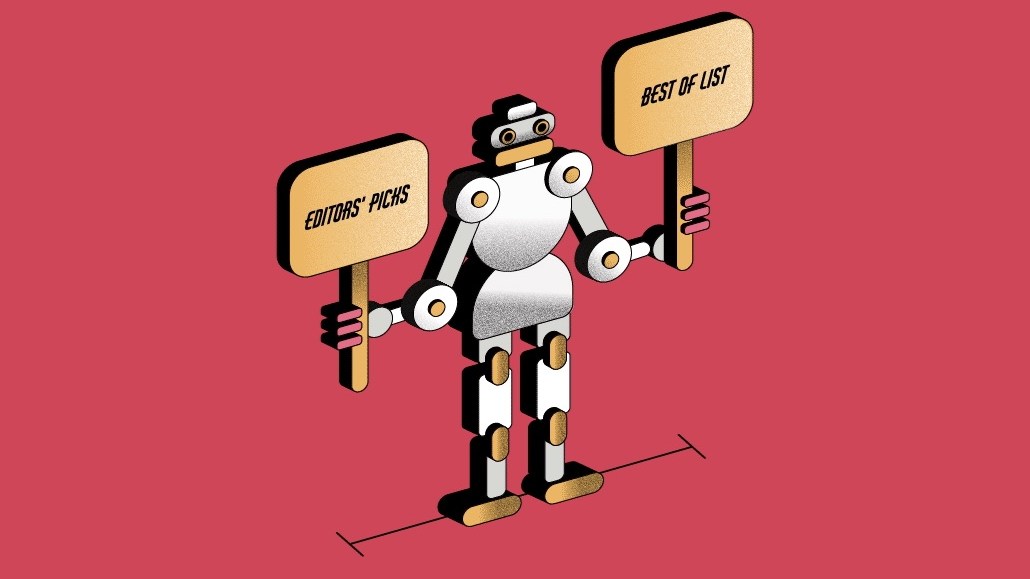 Imagine a system where everyone wins by getting rewarded fairly: publishers and advertisers in the advertising ecosystem are compensated transparently and equitably for their products and services.

That’s what two-year-old London startup Alkimi Exchange is proposing: a decentralized version of the current ad exchange system. With about $2.3 million raised, CEO Ben Putley contends that decentralization could improve transparency, lower transaction costs and reduce fraud and waste across the system. The company is beta testing with U.K.-based publishers, though Putley would not say which or how many, and will launch in the U.S. and U.K. in October with plans to expand globally later.

“The programmatic advertising marketplace is essentially just a massive data marketplace,” Putley told Digiday. “I think there’s operational inefficiencies that exist that are kind of sticking together.”

The marketplace Putley is referring to is ad exchanges that serve as an auction place for media trading without intermediaries. Publishers and advertisers directly trade ad inventory, whether display, mobile or video. The buying and selling process happens via real-time bidding and resolves in less than 200 milliseconds while the user is accessing a page.

There’s no question that programmatic advertising plays a major role in media buying these days. As of 2021, more than $155 billion in ad spending gets conducted via programmatic every year, according to the Association of National Advertisers. And a recent Digiday+ Research survey of agency professionals found 43% of their clients’ overall marketing budget was spent via programmatic display ads for summer 2022.

Yet the ANA in August estimated that a variety of inefficiencies in the supply chain resulted in publishers receiving only 40% to 65% of every dollar spent. A significant portion of the money goes to the services supporting programmatic buying — what’s commonly referred to as a “digital tax” or “ad-tech fee” — and ANA argued cutting down on this waste can help marketers recover some $8 to $16 billion per year.

Those infrastructure issues are key to what Alkimi wants to address, which, if successful, could theoretically cut costs and help publishers’ bottom lines. By building its app on a decentralized network called the Hypergraph — which comes with no fees — Alkimi can cut typical transaction fees of 10% to 30% on traditional exchanges down to 1.5%. By making 1.5% on the buyer side and seller side, it takes a cut of 3% on every transaction.

“I’ve always worked selling software to publishers, and they always ate last,” Putley said. “They created the content, they manage the users, they get in trouble if there’s an error in headlines or anything. And there’s a lot of people that were taking some of the cash before it got to them, the value creators.”

These so-called ad tech fees contribute to an imbalance in the system, as some costs are untraceable, while most of it goes to social media ads for automatic ad campaigns instead of publishers like CNN or The New York Times. eMarketer estimates that half of the $57.3 billion of programmatic dollars spent in the U.S. annually are in social networks dominated by Google, Facebook and Amazon.

“I think decentralized ad exchanges probably benefit publishers the most,” said Avi Edery, svp and general manager of marketplace at ad platform Verve Group, “because they can actually see the bids that take place in full, not just the final one submitted, as well as who is buying what.”

But Edery cautions that the advertiser side would have to disclose the buyer, advertiser and bid price in a decentralized ad exchange model — and brands may not want anyone to be able to see how much they spend. “I can’t see brands doing that, nor can I see them baking in a fee to even bid, nevermind win,” Edery added.

From the agency perspective, Jordan Buning, president of DDM Marketing & Communications, said blockchain technology could become more prevalent as issues like user privacy and control over their data are raised. As part of increasing trust and transparency, DDM said it uses multiple demand-side platforms to monitor ads and dashboards for clients to view metrics.

“We’ve watched the eras of the open market, to exchanges, to programmatic targeting — and next the blockchain applications,” Buning said. “Each era capitalizes on the previous one. Exchanges used data and algorithms to find profiles of users. Then, individuals and browsers worked to filter or block ads, and now we imagine a day where each user has control of their own digital presence.”

Indeed, many point to transparency as a concern in the world of media buying. On the one hand, many CMOs at leading firms don’t understand where their investments are going or even the format or hosting site. It can be difficult given the ever-growing ecosystem — from 2011 to 2020, marketing tech has grown from 150 vendors to around 8,000, according to ANA. Not only are many stakeholders paying more than needed, possibly due to the overlap in providers and services, but there is a lack of overall transparency in the programmatic ad buying process.

Price is nothing more than the information you have about the thing that you’re buying.
Tom Triscari, programmatic expert, Lemonade Projects

The challenges of the current exchanges are also caused by a lack of data transparency and what some experts call information asymmetry. The sellers (publishers) have the inventory, and only they know the quality of the inventory they are selling. And in an auction, buyers have to bid a price without being able to assess the quality of the product, Tom Triscari, programmatic expert at advisory firm Lemonade Projects, explained.

“Price is nothing more than the information you have about the thing that you’re buying,” Triscari said. “If you have a little bit of information and you need to pick a price, your range is going to be quite big, because you don’t know… So they tend to overbid.”

Ad inventory quality is also affected by fraud, potentially harmful content or environment for brands and issues accessing impressions data in ad exchanges. For example, Putley said there are common problems with URL spoofing, where sites are falsely represented to attract more bids or bot farms that continuously reload pages. A decentralized model could theoretically target some of those bad actors and filter out the problematic transactions.

“It’s very hard to then really audit what’s going on under the hood and see what’s happening,” Putley said. “The way that our system works is to have a transaction validated. You have to fall into consensus with the network, so you have to complete transactions in a way that everyone else is validating transactions.”

In that way, a decentralized ad exchange could work technically, Triscari said: “Should it work? Yes… Let’s go back to 2008 when programmatic started: we’re asking the same questions — what is programmatic? And now here we are today. So if that can happen, then this can happen.”