4chan’s founder: ‘The community is an organism’ 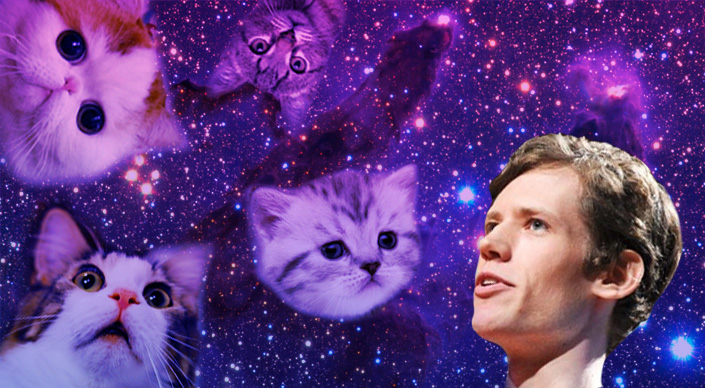 To say that 4chan is infamous is an understatement.

Despite 4chan’s reputation, its founder Chris Poole (best known by the handle “moot”) is not a monster. To prove it, Digiday caught up with him the day after his announcement to talk about his decision to move on from the site he created at 15, what it was like to run 4chan and more. Condensed and edited excerpts:

Why are you leaving?
I realized that if anything were to happen to me, the site wouldn’t be in a position to survive. And I was kind of disturbed by that. Such a large, old website shouldn’t be so linked to one individual.

Was there a specific sign that it was time to hand it off?
If anything, it was the tenth birthday. When you hit ten, your frame of reference changes, and you think, “Holy shit, it’s been a decade.”

Today I announced my retirement from @4chan, a community I founded at the age of 15 and have served for 11.5 years: https://t.co/jEMsDf5nfz

So it was a wake-up call.
While 4chan has never been my day job, it’s still been a pretty significant time sink in terms of time and emotional bandwidth. To fully invest myself in other projects, I needed some of that bandwidth back. I’ve spent the last few years disentangling it from my life so it could be passed on.

What do you feel now that you’re free?
Zen contentment and satisfaction. I’m excited to see what somebody else will do with it.

Think you’ll be able to keep your hands off?
I know how tempting it can be. But yeah, the community means a lot to me. I’ll continue to be a user, a fan and a friend. I probably won’t pick up the phone to call them, but if they call me, I’ll pick up on the first ring.

What was your approach as an admin?
The community is like an organism. One of the best things you can do is define some boundaries, but more or less let it do its own thing. That’s why you have things like the random board [/b/]. That’s what made 4chan this superpower.

In what sense?
Five years ago, it was a really creative place that was cresting that wave and producing a lot of visual culture at a time when that was on the up and up. But today, other sites like Reddit and Imgur are more on that crest.

Where does that leave 4chan?
The site’s utility has changed. It’s a visual interest-based community. It’s a third place for people. It’s where they go to get away from their families.

What was the hardest part about running the site?
For a long time, the volunteer team was 20 people or so monitoring a million posts per day. No full-time employees; we’ve never had a full-time developer. It was a scrappy organization that became responsible for this huge website.

But with all that traffic, the ad revenue must have been worth it, right?
The site makes a fractional cent CPM. It’s nothing. There is such a thing as having too much inventory. We can’t run on a network or ad exchange [due to hosting so much user-generated content], so our remnant inventory is essentially worthless.

Did you look for other revenue streams?
We turned to a subscription to bypass typing in a “captcha” to post, and that’s the only benefit that it confers. It didn’t sell well.

Why not just add more features?
Because of the principles and the ethos of 4chan. Anonymous posting allows you to share an opinion and have it be treated the same as anyone else’s. That really limited our ability to extend that premium account to offer features. We painted ourselves into a corner.

What effect has the community had on you over the years?
It’s influenced me in some ways, but it hasn’t defined me. /b/ and 4chan aren’t the embodiment of Chris Poole. A lot of what goes on there doesn’t resonate with me at all.

Ever feel responsible for some of the more nefarious activity?
No, we’re very strictly a platform provider. I have a responsibility to enforce the rules as they’re written, but ultimately the site is all user-generated content.

Still, that content has a pretty bad reputation, often veering into homophobia, racism and misogyny.
Most of the posts are innocuous, harmless stuff. But on the off-chance that someone does post something regrettable or reprehensible, that’s what sticks. Twitter is a whole lot more permissive with harassment and hate speech than we are, but people don’t refer to it as a hate speech platform.

Why not?
As it turns out, you’re probably not going to follow people who say nasty shit all the time. So your exposure to it is very limited. Unless they’re a conservative pundit or something.

More recently, you tried your hand at an app. What did you learn?
DrawQuest was successful as a community, but I underestimated the difficulty of making a very healthy business out of a pretty-successful mobile app.

After that, you said you weren’t ready to start something new.
I was burnt-out from doing the startup for so long, so the thought of jumping right back into that was an absolute no.

And now?
Now that I’ve taken care of myself for a year, I’m ready to throw myself into something new. And I really don’t know what that is. It could be anything.