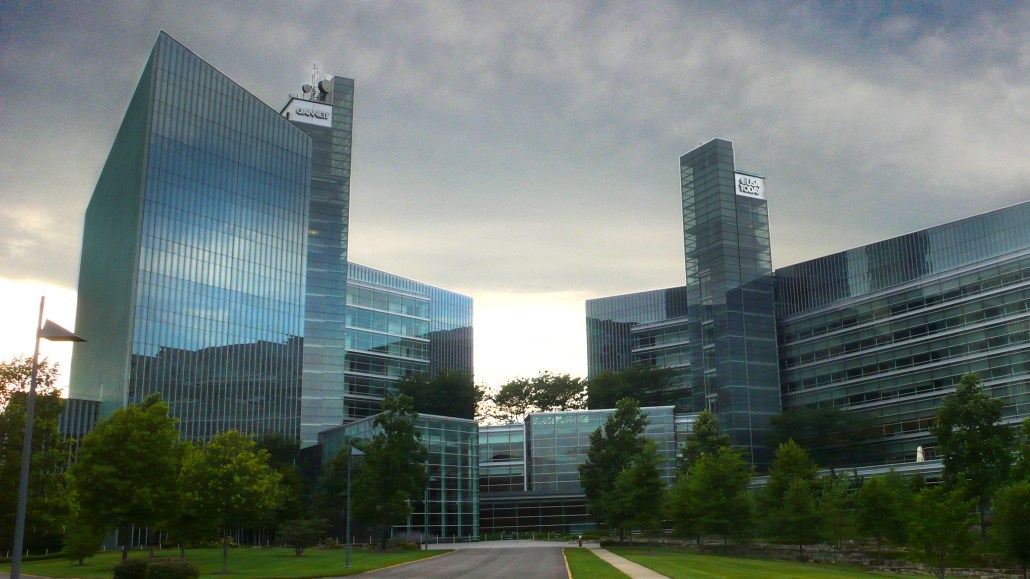 With today’s news that Gannett would separate its print and TV businesses, the media giant is becoming the latest major diversified media company after the likes of News Corp. and Time Warner to call it quits with synergy and uncouple its slower-growing print and stronger and more stable broadcast arms. Below, five charts that provide some context to the move.

With newspapers going down the tube as a business, the question is not why Gannett, publisher of USA Today and 81 local papers, is spinning off print from its TV and digital businesses, but why it took so long. The newspaper industry has been in freefall for a while as reading and advertising habits shift online, and it’s only beginning to make inroads in charging consumers for online access.

While newspaper industry digital revenue is growing and is expected to continue doing so, it remains a small portion of the overall business and has failed to offset the long-term decline of print.

Gannett fits squarely in this trend. Revenue from its publishing arm has steadily declined due to lower demand for advertising, which contributes about two-thirds of publishing revenue, across the three main categories of national, retail and classified. Circulation revenue, which contributes about one third of its publishing revenue, has been declining for the past several years, increasing in 2013 for only the first time since 2006.

Publishing accounts for the lion’s share of Gannett’s revenue — contributing 69 percent of the company’s revenue in 2013 — but broadcast produced 70 percent of the operating income. And, it’s growing. Gannett’s broadcast revenue increased 8 percent in 2013 (despite the absence of political and Olympics spending), and the company has doubled down on TV with its $2.2 billion purchase of Belo last year. Broadcast offers a more predictable business, and investors like predictability.

Spinning off holds out the promise of faster growth. Case in point: Scripps Interactive Networks spun off from its print and TV brethren in 2008. The high-flying group of lifestyle Internet brands, which now include HGTV, Food Network and the Cooking Channel, has soared since going off on its own. The uncoupling is now complete, with Scripps having just merged with Journal Communications to create two separate companies, one for TV and the other for newspapers.