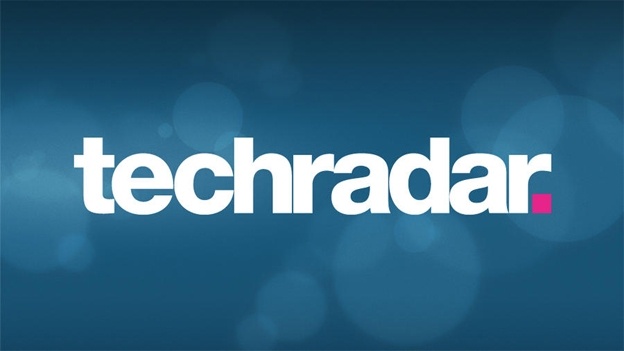 At a time when publishers are looking to rely less on display ad revenue, one tech publication is casting its lot with e-commerce, betting it can turn its consumer tech reviews into direct moneymaking through taking a cut of purchases it drives.

TechRadar, which is published by U.K.-based Future, has redesigned its site to emphasize this drive. It has built its own e-commerce and affiliate marketing software that it hopes will generate over £1 million. TechRadar is the first site to use the new software, and others in Future’s stable of 30 titles are expected to follow.

TechRadar now has purchase recommendations embedded throughout its reviews. For instance, yesterday’s “PS4 vs Xbox One: which is better?” was accompanied a right-rail box with pricing information for the Xbox from retailers like Amazon, Walmart, Best Buy, GameStop. Inside the product reviews are further affiliate links to buy the products. 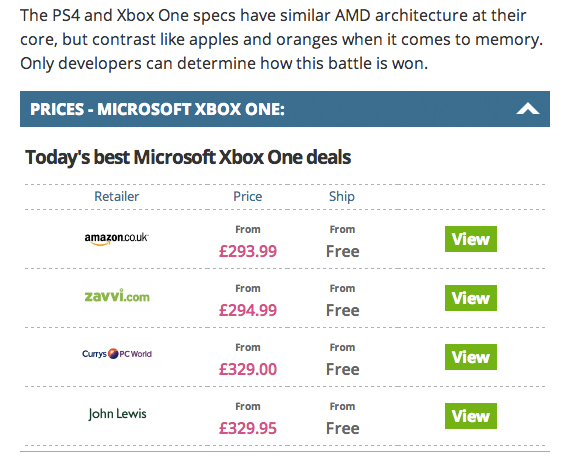 The next phase of the launch will include an enhanced phone comparison service, which will enable phone buyers to more easily browse multiple phone deals, comparing offers to help make informed decisions alongside TechRadar’s reviews.

TechRadar claims to be the leading U.K. tech review site. It scored 2 million desktop visitors in the UK during December 2014, according to comScore. (TechRadar claims 20 million per month globally, as measured by its analytics software.)

Like most publishers, Future is looking for new avenues for revenue growth. Last year, it cut over 400 jobs following a loss of £35.4m last year. As well as focusing on content marketing services to make up the shortfall, part of its strategy will consist of doubling down on e-commerce.

“Display advertising remains the most important revenue model for the majority of the Internet, including us, but TechRadar has been lucky to be at the forefront of affiliate deals. What we’re trying to do is benefit the users,” said TechRadar global editor-in-chief Patrick Goss. “Given we’re principally a review site, telling people why this phone is better than the other is great, but being able to tell them where they can buy that phone as well is a whole other level of user service.”

Future isn’t the first publisher to experiment with affiliate links. Gawker Media, for instance, has been putting affiliate links into stories across its portfolio of properties.  It claims $52 million in e-commerce sales last year, and CEO Nick Denton aims to have one-third come from e-commerce eventually. In the tech category, Ziff-Davis leans on affiliate links and review site Wirecutter’s entire business model is based on driving sales from reviews.

Moves to directly tie editorial products to sales are bound to give the j-school professor crowd the willies. But Goss sees no conflict in providing useful information like pricing at retailers, even better if the publication also benefits.

“Highlighting to your users where the best deals are for something like Black Friday, which was a huge deal in the UK this year, I think is a user benefit. I’ve got no problem righting stuff that’s editorially valid that also has commercial revenue too,” he said.