For Your Amusement: Copywriter vs. Art Director 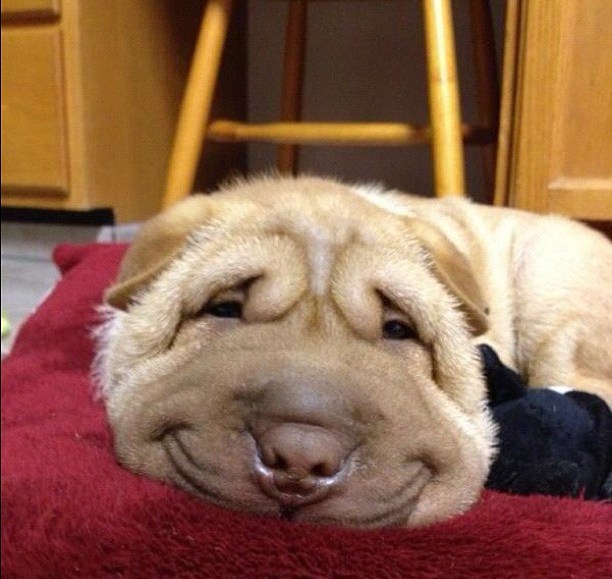 For your amusement this fine Monday, check out some fun stuff from around the Web including a tiny hand Tumblr, a Tilda Swinton Twitter account and more.

What’s the Difference?: Here are some clever little illustrations that depict the difference between copywriters and art directors. Copywriters, art directors, do you approve? (via Mashkulture)

Must Follow: If you haven’t already, you have to check out this latest parody Twitter account: @NotTildaSwinton. Tweets consist of random, weird, poetic, bizarre Not-Tilda- Swintonisms. Unfortunately, the funny duo behind the account, Eli Yuden and Carey O’Donnel, will no longer be tweeting from the account, but you should still see what they’ve tweeted there and check out their own Twitter accounts. More funny stuff from them is on the horizon for sure. 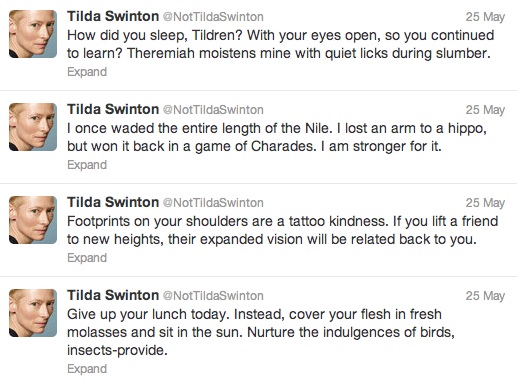 Tiny Hands: Check out this pretty funny Tumblr from retoucher Zach Vitale, graphic designer and illustrator James Weinberg, and photographer Bob O’Connor. The Tumblr is called One Tiny Hand, and as the name suggests, it features pictures of celebs that have been edited so that one of their hands is tiny. Come on, tiny hands are just funny. Also, it looks like Grey Mexico may have ripped off the One Tiny Hand Tumblr in a recent spot for Pringles. (via Adfreak) Katy Perry’s Facebook Timeline: More confirmation that we really do live in the Facebook Era (as if we needed more): Pop star Katy Perry’s latest music video is basically an animated version of her Facebook Timeline. It features highlights from her musical career, such as release dates of albums and snapshots of her performing, as well as song lyrics. (via Carrot Blog)

GIF IRL: Artist and designer INSA has taken GIFs to the street with a new kind of street art called “GIF-ITTI.” The street art GIFs are made by painting the same surface over and over again, photographing each different layer, and then putting the images back together to create the moving Web image that everyone seems to love these days: the GIF. It’s a pretty neat idea that mixes digital culture with art with street culture. (via psfk)