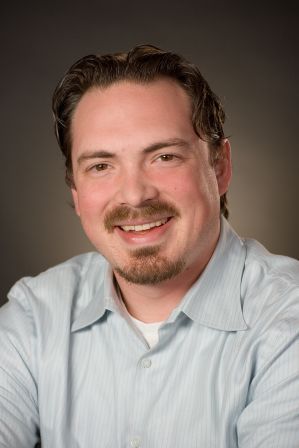 Each Friday we ask an industry leader to critique Digiday’s coverage of the industry that week. Rick Corteville, CEO of Luxus, does the honors this week.

The Great Banner Ad Debate
There’s been a lot of talk recently about the “end of the banner ad era” and the rise of so-called native monetization models. At the same time, AOL and others are pushing to rethink the display ad format. Digiday asked a group of industry leaders from agencies and publishers whether the days of the banner ad are numbered.

I agree with the points of view of Chas Edwards and Ann Lewnes. Marketers and agencies alike have been lazy. They’ve relied on “punch the monkey” levels of creativity, which have led to the banner “blind spots” that exist today. Display units can indeed drive strong brand awareness, consideration and preference and achieve direct response metrics. It’s about telling a story, making the ad relevant and providing a compelling reason to interact within the first couple of seconds. Leverage retargeting. Use dynamic content creative. Plan for and build an asset library with the consumer in mind. All this will go a long way in making the ads perform. A final point here is to also think about where you are sending users if you’ve gotten them to interact with your ad. Since the post-click experience leads to the calculation of success, it’s not enough to create a kick-ass experience on the front end only to reveal a pile of “you know what” behind the curtain.

Social ROI Isn’t a Mystery
Marketers often lament their inability to figure out their return on investment in social media, but that doesn’t need to be the case, according to Rex Briggs, CEO of Marketing Evolution.

What? GM pulled their Facebook ad budget? Facebook cannot deliver ROI? I felt like I was reading the National Enquirer this week and that it was going to be revealed that Zuckerberg was really the Bat Boy. All GM showed us this week is either that it likes reading about itself in the press or that its agency doesn’t know social media (or maybe both). As Rex Briggs outlines, social advertising can indeed deliver results. I disagree that it is mainly about engagement and shares, as there is much more to consider. I see social advertising, like Facebook, as an extension of CRM programs. You can identify prospects vs. customers and message to these groups differently. Also, as you know these people’s names, you can track these folks down to a specific action (even if the purchase cycle is a long one). This isn’t impossible, it just takes organization and patience. Don’t treat your social investment as having a start and end date. Invest in it properly as a continuous dialogue with people, and you’ll be moving in the right direction.

Why CMO Tenure is so Short
The short tenure of the chief marketing officer is a staple of nearly any digital media conversation. According to the latest numbers from Spencer Stuart, the average CMO tenure for 2010 was 42 months, up from 35 months in 2009. Digiday narrowed the focus to the top 50 Interbrand brands and found an average tenure of 54 months or 4.5 years. The bottom line: CMOs typically aren’t on the job for a long period of time. The question is why.

Keep in mind that tenure is getting longer compared to levels a few years ago. To me, this shows that CMOs are starting to figure out how to be successful while CEOs and CFOs are learning how to treat this position. I think that the point here, which was mentioned in the article, is around patience (cue Axl swaying back and forth). Just because a CMO is new doesn’t make everything before him crap (now cue Mike Myers in a Scottish accent). In two years time, I see the CMO and CTO role becoming the same in many organizations. Creative agencies can drive the storytelling, but there needs to be a strong internal advocate who can gather the right data, decipher success and be open to testing different mechanisms for delivery and optimization. I can hear the gasps now, but, don’t worry, it won’t be like working with Johnny 5 from Short Circuit.

Why Publishers Should Rethink Design
The Web, it’s often said, wasn’t built by designers but by technologists. And it shows.

This was my favorite article of the bunch this week. When I was on the media side, there were too many instances where I was sold an amazing sponsorship that was supposed to achieve all my goals and dreams for the client. Only when this area of the site was revealed, it was poorly cobbled together like “Police Academy 7: Mission to Moscow.” A publisher’s goal with their site should be to drive consistent and repeat usage from an every growing unique user base along with continued renewals from advertisers (due to strong performance).

It is always interesting to read about a brand that wields such a big stick from a marketing perspective, like J&J. If J&J’s consideration is global when it comes to their mobile strategy, then I would recommend two things to them: Responsive design and technology automation. Since so many global countries don’t have the smartphone penetration of the U.S. or other major markets, brands like J&J need to take this fact into consideration. What these markets do have are Internet connections. So rather than invest in apps, they could develop a site in HTML5 that would create a consistent user experience regardless of the platform or device. Building content/sites with responsive design principles not only saves money (not having to develop for each mobile OS) but allows for more seamless optimization (content, design, etc.) as well.  On the technology side, systems can be developed for all of J&J’s markets that would fuel content sharing and dynamic localization of ad units (display and video). These systems can save a brand millions in production costs while still providing a local experience to consumers. If J&J were to do these two things, they would be able to increase performance while keeping costs constant or even down. No more tears!