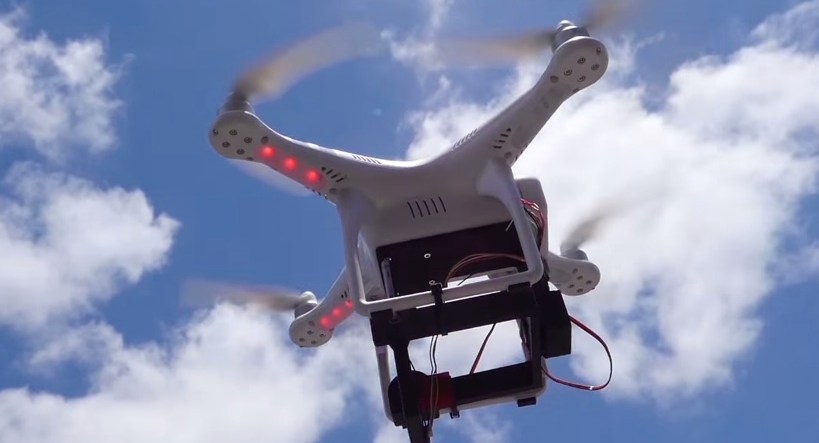 Mark Zuckerberg’s plan for world domination is a step closer. Facebook took the wraps off a massive drone yesterday, which is a key component to his ambitious Internet.org plan to bequeath the world’s most remote areas with an Internet connection.

Aquila, as it’s called, is as wide as a Boeing 737, weighs 880 pounds and has been in development for the past 14 months. The unmanned aerial vehicle is solar powered, so it floats for several months at altitudes between 60,000 to 90,000 feet in the air — more than twice as high as commercial jetliners.

“Our goal is to accelerate the development of a new set of technologies that can drastically change the economics of deploying internet infrastructure,” wrote Jay Parikh, Facebook’s vp of Global Engineering and Infrastructure. Translation: “more Internet for everyone!”

Facebook’s plan is to fly the drone over area where infrastructure hasn’t been yet built and use satellites to deploy Internet connection to places like Africa and India. Ultimately, the goal is to offer free access to the world’s largest social network so it further expands its user base.

Antonio Garcia Martinez, a former Facebook product manager, wrote that despite of Facebook’s growing user base (1.48 billion as of this quarter), it’s actually running out of people to target. With China and Russia likely out of the question in terms of new sign-ups because of local regulations and another percentage of people who’ll simply never use Facebook, the company is facing stagnation.

The solutions are: increase fertility in Internet-connected societies to produce more Facebookers (unfeasible and slow), stage a political or military coup in China to unblock that market (American companies’ days of business development via colonialism are sadly over), or increase the total number of people on the Internet in poor countries. Internet.org is the realization of the last approach.

The next stage in Aquila’s young life is its first test flight over the U.S. If it tumbles out of the sky, it would bring a whole new meaning to a Facebook going down.