How The Economist uses programmatic to drive subscriptions 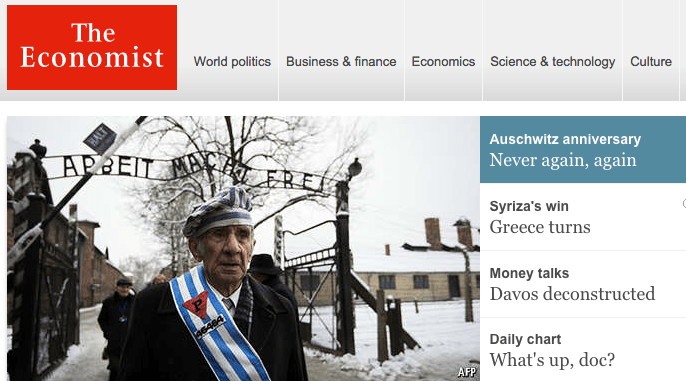 Over 50 percent of its overall revenue, £167 million ($251 million), is tied to subscriptions. Increasingly, doing so means mastering the mechanics of programmatic advertising and the art of slicing and dicing data to put specific offers in front of different groups of people.

Six months ago, The Economist began running its own ad retargeting program in-house by having a dedicated a member of its marketing team execute campaigns via a DSP — DoubleClick Bid Manager. Inspired by muscular strategies in place at marketers like Netflix and eBay, this approach leans heavily on The Economist’s own data. It utilizes data sets collected through a data-management platform (DMP), supplied by BlueKai. That said, it hasn’t fully moved away from agencies entirely.

“We’re trying to straddle both [agency and in-house] approaches. We’re ensuring that we’re well placed for when any particular stream of digital activity opens up, or when we see gains in one particular channel, then we’re well positioned to take advantage of that quickly, rather than playing a catch-up game,” said Mark Beard, vp, digital media and content strategy and circulation and marketing director, U.K., The Economist.

“We’d seen brands such as Netflix, Kelloggs and others playing in that space and just like them, I also believe that if you’re going to be at the cutting edge of technology, you’ve got to give these things a go.”

Prospecting techniques for identifying new customers at the top of the purchase funnel are still handled by its agencies. These agencies are using first- and third-party data held within its DMP to conduct “lookalike modelling” — a process designed to serve ads to Web users displaying the same kinds of characteristics as existing customers. For example, it’s able to query its data and search for cookie pools that resemble the behavior of those loyal users who’ve subscribed for two or more years.

One area the company has still not cracked, though, is cross-device retargeting. “We haven’t reach the point of diminishing returns on personalization just yet. Technology continues to improve and cross-platform retargeting options are arriving in the market. That’s something we’re examining closely,” said Beard.

Netflix’s approach to programmatic trading, in contrast to The Economist’s hybrid tack, is all-in. Netflix’s senior manager for programmatic buying in North America Kathy O’Dowd has spoken about the risks and rewards of taking display in-house: the expertise and agility comes with a high cost.

“All the resources that are required to manage a programmatic buy have a pretty significant cost associated with it,” she said. “If the ROI isn’t there, go with an agency. Let them take your smaller media spend, do a very good job with it, and set you up for success when and if you’re ready to expand beyond that.”

Taking a more hands on approach is paying off for The Economist. It’s now able to track purchases based on ads seen six or more months ago with much more accuracy than it ever could. Beard attributes the improved its understanding of advertising technology internally as a big factor in persuading management to increase investment in this area.

In addition to programmatic, The Economist is naturally leaning on content marketing to grow its subscriptions. It uses its 12 million combined Facebook and Twitter followings to fight the perception that the Economist is just about long articles. Instead, it highlights its charts, video explainers and the like.

“We’re building our content marketing strategy as a team, but unlike most, we’re blessed with ready-made assets we have from our editorial team,” said Beard. “We try to exercise some self-governance and include a healthy mix of all the different types of content we produce to save us the danger of pigeon holing ourselves as a brand. We have a social media manager who has a point person in editorial and marketing so we get the right balance of commercial and editorial content on those channels too.”

The Economist, which last week promoted Zanny Minton Beddoes to editor-in-chief, faces well-resourced online competitors such as Dow Jones, Thomson Reuters and Bloomberg. Even The New York Times is serving ads against searches for “Economist digital subscription.” The second key challenge will be growing circulation and subscriptions at a time when the print market is declining and digital editions make up only 11 percent of its subscriptions.

For the coming year, though, The Economist is upping its digital marketing investment in search of growth in these lean, competitive times for publishing.

“Digital has enabled us to prove our marketing effectiveness to our board more than our poster campaigns ever could,” said Beard. “We invested more this year in digital marketing than in previous years and we’re gearing up to spend even more this year as we set up our budgets. We’ve just done our first global brand response campaign, with a second campaign coming up. All the signals are good.”