Despite missteps, Yahoo also leaves behind a big legacy 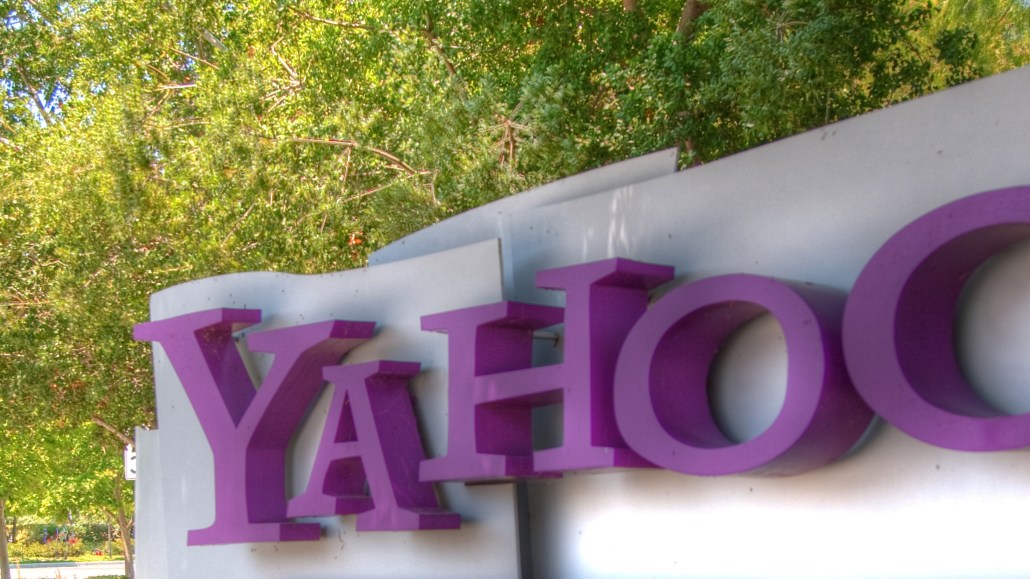 Yahoo’s narrative is usually framed as a story of squandered opportunities, a onetime internet star that succumbed to mismanagement, leading to its acquisition by Verizon, announced this week. It’s easy to forget that Yahoo pioneered a lot of things in online advertising, though.

“Every time you were going to get into a new genre, when it was video, or social or mobile, they were making an acquisition that got them into that mix,” a chief media officer at an agency said, speaking on condition of anonymity because he wasn’t authorized to speak on the record about Yahoo. “Did they always make the right decision? Maybe not, but they were always in the right place.” Here’s a rundown of Yahoo’s online ad legacy:

Display: Yahoo was one of the first gateways to the internet that helped organize the web for everyday folks. As a result, Yahoo also was one of the first to amass a big audience and sell digital display ads and homepage takeovers against them at a time when there were few other options. Banner ads were triggered by search, and Yahoo established the model that others followed in terms of relevancy and recency. “They were one of the first to work with brands on reaching mass audiences online and blend scale, reach, personalization, especially around big events,” said a former media executive there.

Video: Like a lot of areas, Yahoo has had its share of stumbles in video. Yet Yahoo was an early mover in video, going back to 2010 when it turned its user-generated video content site into a hub called Yahoo Screen to focus on original, premium video. It would be a founding partner of the NewFronts, the digital video showcase that kicked off in 2012. Yahoo courted big names and turned out acclaimed shows including the Ben Stiller-produced “Burning Love,” a 2012 parody of dating shows that was deemed a “breakout hit” and Jack Black-produced comedy “Ghost Ghirls” in 2013, starring Black as well as fellow celebs Molly Shannon and Jason Schwartzman. Yahoo also was early to live video, with Yahoo Finance Vision, a live online video show that ran from 2000 to 2002. Today, though, Yahoo tends to be remembered more for the acquisitions it missed out on and its failure to invest enough in video to combat bigger competitors like YouTube and Netflix.

Native: Nowadays, every publisher seems to have a native ad studio and every advertiser has a branded content strategy. Yahoo was early here as well, introducing sponsored posts on Tumblr in 2013, shortly after buying the blogging platform. It was close behind another early mover in native ads, Forbes, which broke with convention when it started letting brands run their own articles in Forbes’ editorial templates, and ahead of The New York Times, whose T Brand Studio many now consider a standard bearer for native ads. “They were doing native that was really embedded in Tumblr,” the chief media officer said. “That was pretty unique when no one was thinking about native that way.”

Behavior targeting: Yahoo was one of the early developers of behavioral targeting. In the early 2000s, Yahoo started really scrubbing its email users’ data and getting more information about their on-site behavior, making them one of the first to enable advertisers to target consumers based on their browsing activity. Yahoo developed a number of behavioral targeting tools in-house, such as Impulse, where ads could be targeted based on a user’s recent search activity.

Personalization: As one of the original portals, Yahoo was early in letting people personalize their Yahoo homepage with stock symbols, weather and other content. Ugly as it may have been, My Yahoo had its loyal users, and with it, Yahoo managed to offer them a customized experience that many other publishers still struggle to do.

Ad exchange: Yahoo’s shuttering of Right Media Exchange in 2015 in a shift toward premium advertising was billed as another failed acquisition by Yahoo. But its purchase of the exchange marked an early move into the space, enabling advertisers to do cookie-based targeting early on. “When they bought Right Media Exchange, they kicked off the programmatic era,” said Jeff Minsky, svp at Unruly and former digital buyer for Ogilvy & Mather.

Culture: Yahoo also pioneered ways of selling that were ahead of the curve, recalled Wenda Harris Millard, who was chief sales officer at the portal from 2001 to 2007 and is now president and COO of media advisory firm Medialink. The company held summits for marketers where they could talk face to face to groups of actual customers, like teenagers and women, even building mock teen bedrooms. The company also organized sales around the industries it was selling to at a time when most media sellers were organized by region. “It was very, very different at the time, and I do think it was one of the key success factors,” Millard said.