Copyranter: Why did it take Facebook 11 years to advertise ‘Friendship?’

Facebook can never be forgiven for forcing humans to use the words “friend” and “unfriend” as verbs, nor for diluting and confusing the meaning of “friend,” “like” and “share.”

But despite the Orwellian effect on language, Facebook’s USP is and has always been a place to make friends. That’s it. It’s that simple. Creatives stare achingly out windows fantasizing about working with such a simple message. Instead they get briefs with three messages jammed into one “key” run-on sentence message which they then have to jam into one execution. Creatives have to be thought-contortionists.

So why has Facebook never promoted itself accordingly? Probably because Zuckerberg, et al., got wrapped up in their own tech-hype god-complex BS. Who can forget laughing/cringing when in October 2012, Facebook launched its first major advertising push with the most depressing tech commercial ever produced? The opening shot of a red chair hanging in the forest looked like a “True Detective” crime scene. 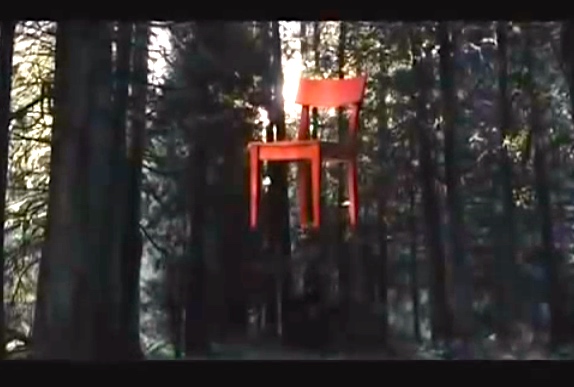 This is the first major promotional image that Facebook chose to burn into the minds of hundreds of millions of people worldwide: a creepy lynched chair. In addition to chairs, the ridiculously chest-thumping spot (appropriately directed by the unsubtle Alejandro González Iñárritu—“Babel,” “Birdman”) went on to compare Facebook to doorbells, dance floors and other “things that connect us” in this “vast, dark universe.”

You know what else connects people? Overreaching advertisers who make jackasses out of themselves. An avalanche of vicious parodies followed, and the campaign via Wieden & Kennedy was quickly killed.

But Facebook wasn’t done promoting dystopia. In April 2013, it went in the exact opposite direction to promote its mobile app: Facebook disconnects people, particularly teens at dinner tables ignoring unattractive, mentally unstable aunts. Screw the world, forget your family, hang out online, all the time, be neither here nor there. What a bleak ad it was, also via Wieden & Kennedy.

But now, out of nowhere, Facebook has finally done something that makes sense. Its three new “Friends” spots are nicely written, cast and produced celebrations of friendship. Critics say that the videos make them want to get off Facebook and go spend time with their “real” friends. Fair enough. My view is that the spots encourage you to use Facebook to make more real friends, more close friends. And Facebook does it without banging you over the head about its place in your life. Maybe this is too Utopian. But I’m a pretty damn pessimistic person who dislikes and distrusts Facebook, and I was moved by these ads.

The low-key voiceovers and understated music (piano versions of Rihanna’s “Umbrella,” The Cure’s “Close to Me” and Madonna’s “Like a Prayer”) mesh up well with the expertly edited, emotional scenes (directed by Mike Mills). And Zuckerberg’s going all in with this new “Friends” concept, breaking it across all media.

But will the ads actually increase membership or activity? Has Facebook already lost Gen Z? Is Facebook only advertising because they have piles of extra cash taking up needed closet space? Is Facebook one of the dumbest named brands in history (yes)?

The ads were created by Facebook’s in-house ad agency, The Factory. Watch them below: