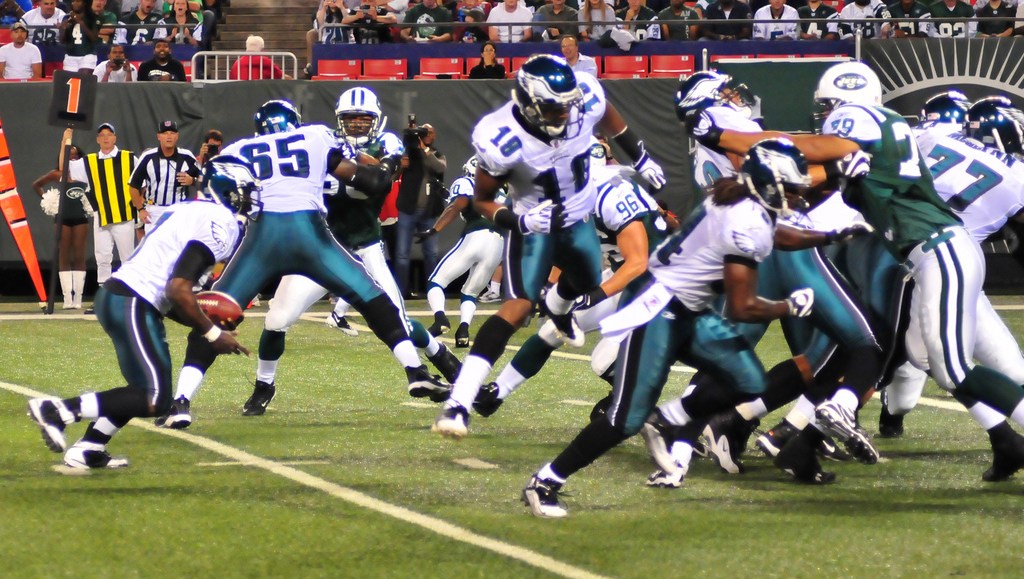 The pro football season kicks off next Thursday, but for millions of fans, the real fun began sometime in August with their fantasy football drafts.

Fantasy football has gone from a geeky hobby to mainstream phenomenon. According to research firm Ipsos, 25 million people will play fantasy football this season, generating $1.1 billion in revenue. For CBS, it’s a way to develop deeper relationships with advertisers. The company, which has been a fantasy powerhouse since it purchased Commissioner.com in 1999 (which allowed for the first time real-time stats, message boards, and broader content features), focuses on long-term deals instead of annual ad buys for fantasy.

Brands like Snickers and Volkswagen are each in the third year of a long-term deal, according to Chris Fix, CBSSports.com’s svp of sales. This allows both CBS and the advertisers to understand more about fantasy users, who tend to be fairly dedicated, visiting the site every day. Having a long-term deal lets both publisher and advertiser create new ways of advertising, which, Fix said, are more effective than banners or pure sponsorships. CBS and an advertiser can create programs based on where a fantasy user goes on a site during specific times of fantasy use.

For example, CBS and Snickers did a deal in the Draft Room (where fantasy players draft their teams online) called Snickers Seal of Satisfaction. For many fantasy players, sleeper picks (picks that typically go later in the draft) can end up making a season. CBS and Snickers created a set group of players they think are sleepers. If a fantasy player picked one of those, he’d get a dynamic ad from Snickers about sleeper satisfaction saying, “Congrats! You got one of our sleepers, it’s terrific value for you and your team.”

Fix said that incorporating sponsor messages organically into the draft has been an effective branding mechanism. Similarly, at CBS’s Coaches Corner, where fantasy players are pitted against the experts, fantasy players who outperform the pro will get a custom message from the expert inside a Volkswagen banner congratulating the player on the win (or a sorry message if he loses).

This approach reflects that fact that one of the challenges for advertisers in a fantasy sport setting is that fantasy users aren’t in the mindset to receive ads. They’re on the site to tinker with their rosters, look stats or get information on their team. Fix said to get around that, CBS limits the number of ads on a page (a company spokesperson said the number of ads depends on the page; this reporter saw, at most, two), and it makes sure there aren’t multiple advertisers on a page.

“We’re very conscious of user experience,” Fix said. “That’s because the game itself was not an ad-based model to start. We understand there needs to be a fine balance there. The feeling is, unless it’s completely relevant to what the user’s trying to accomplish, we won’t do it.”

CBS is also eyeing mobile as a big opportunity as roughly a quarter of fantasy players check their rosters and stats on their phones. It has revamped its app that has better roster management, a seamless news reading experience and faster live updates, which has seen a triple-digit percentage increase in usage over the last year.

“In the next two years, if you don’t have a major play in mobile, your fantasy sports will be falling apart,” Fix said. “To say it’s significant is an understatement.”