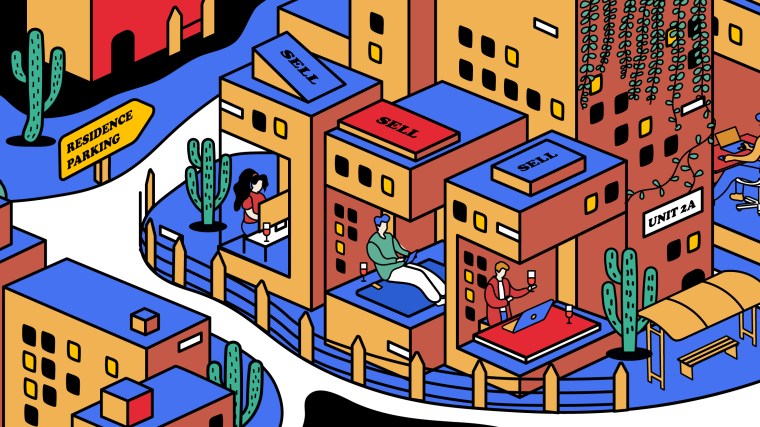 Plenty of publishers have had to tweak their ad sales approaches since the spring of 2020. For Group Nine Media, however, the ad sales adjustments predated the pandemic — stemming from its acquisition of PopSugar in fall 2019 — and have come into play as advertiser activity has ebbed and flowed over the past year and a half.

Schiller was speaking tongue-in-cheek, as the shift to remote work has continued to prevent some new co-workers from meeting in person. But he did explain how the Group Nine-PopSugar tie-up resulted in the media company shifting its ad sales structure and strategy and how those changes enabled the company to adapt to the pandemic’s impact on the ad market.

After Group Nine Media acquired PopSugar, the company shifted the structure of its ad sales team. Previously ad sellers had been dedicated to specific agencies, but now they were oriented around advertisers’ industry verticals, such as travel and retail.

The vertically-oriented sales structure has positioned Group Nine to more easily sell ads across its five properties. Animal-centric The Dodo may naturally appeal to pet-related brands, and lifestyle and travel outlet Thrillist may cater to advertisers in the food, drink and travel categories. However, Group Nine didn’t want to box its inventory in with only those advertisers. “You also want to have the power of the portfolio,” Schiller said.

Restructuring its sales team was not the only major change Group Nine instituted after the acquisition. The company also adopted the sales incentive structure that PopSugar had implemented and that Schiller described as “a margin-based quota.” In short, sellers are encouraged to strike the most profitable deals.

“We sort of incentivize to sell higher margin products, then have middle margin and then lower margin,” said Schiller, who shared examples of the three tiers.

Group Nine has largely seen its shift to a vertically-oriented structure and margin-based incentives help the company to steer its advertising business through the pandemic and expand its relationships with advertisers.

Case in point: Target had been a longtime advertiser with PopSugar prior to becoming part of Group Nine. This year Group Nine extended that work to The Dodo for a deal that also included “Sesame Street” and had The Dodo producing a video sponsored by Target and featuring “Sesame Street” characters.

“Because we’ve worked with [Target] for so long, we were able to bring what would be non-endemic revenue to The Dodo and retail to that brand,” said Schiller.

While the vertically oriented structure has helped Group Nine to cross-pollinate advertiser relationships across its properties, it also created some unforeseen challenges when the pandemic pushed some advertisers to stop spending. In particular, Group Nine had to determine what to do with its travel-specific sellers.

“With travel, we had to get crafty, split up other lists [of advertisers] that were probably too big anyway and give a little bit of the longer tail to those [sellers] that were calling on travel,” said Schiller.

Incentivizing sales based on margins was a way of aligning Group Nine’s sales team with the company’s overall push toward profitability. An employee naturally may prioritize what benefits them most as an individual, but if the incentives are not aligned, their short-term efforts can come at a long-term cost to the company.

Group Nine is currently striking a balance between selling advertisers on the fourth quarter and getting ahead on 2022 opportunities.

The fourth-quarter ad sales cycle typically front-loads bigger deals, like custom content work, for October and November, with advertisers switching to performance-oriented display, paid media and affiliate as well as “low-touch video” deals for late November and December. As a result, “right after Thanksgiving” serves as the year-end point, with the flow of pitch requests from advertisers drying up by the late-November holiday. Meanwhile, advertisers begin to line up their annual upfront deals with publishers in October.

“We’ll get full-year 2022 RFPs in the next couple of weeks. So you have both of those things happening simultaneously,” Schiller said.