Case Study: How Essence plotted its approach to hybrid events 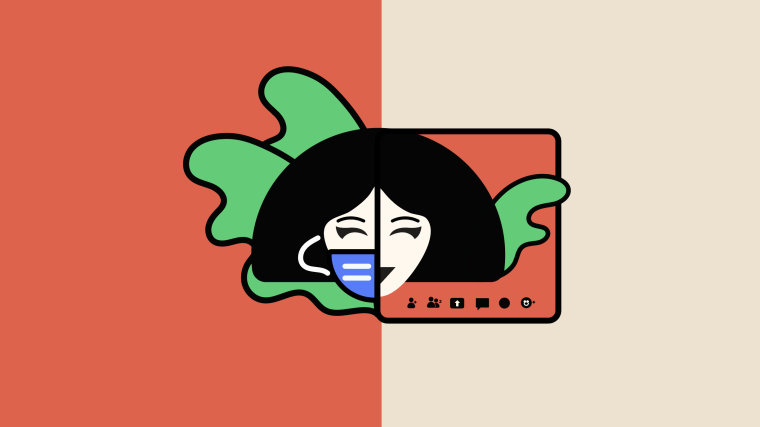 Publishers are now reckoning with a reality that the pandemic forced on them over the past 18 months — how to handle a pivot away from in-person events.

Now that the vaccine rollout is continuing, media execs are determining which aspects of their pivots to virtual events should stay in tact as they navigate what’s next.

The pivot was swift. Take Essence. In March 2020, the New York-based brand was preparing for the 26th anniversary of its Essence Festival, a multi-weekend event in New Orleans that consists of panels, concerts, performances, movie screenings and shopping. When it was clear the pandemic would last longer than a few weeks, Stephanie Hodges-Dunivan, vp of experiential, branded content and video at Essence, decided that the company needed to make its marquee event virtual, or potentially lose out on a large portion of annual revenue, though she did not disclose hard figures.

This first stab at a virtual event came with some lessons, but succeeded in drawing close to 45 million views over the course of six days. The second attempt at hosting the festival during a global pandemic came with new considerations, however, including reincorporating some in-person elements, but equally as important, make the virtual content polished enough to compete with all of the other content on the internet that cropped up in the past year.

During the Digiday Publishing Summit in September, Hodges-Dunivan shared how she and her team started the transition back to in-person events, not the way they were done in 2019, but in a hybrid way that works for 2021.

The main reason why Hodges-Dunivan said Essence wanted to bring back its in-person festival was to provide a sense of normalcy and celebration to New Orleans and the community where this event historically took place. In 2018, the Festival brought in $280 million to local businesses in the city.

“Essence Festival in New Orleans is kind of a love story,” said Hodges-Dunivan. “We didn’t want to have a whole other year pass without giving back to the people of NOLA.”

To further this mission, she said the company chose not to charge any of the attendees for tickets to the in-person events, but asked them to instead donate three hours of their time to do community service for the city.

02
How it was executed

The in-person elements of the Essence Festival did not take place in The Caesars Superdome, like it did in previous years. Even though COVID vaccinations were more accessible in June and July this year, Hodges-Dunivan said her team didn’t want to risk having droves of people in one area.

Instead, they took a modular approach that consisted of micro activations and sessions spanning across the entire city.

The festival used several Airstream trailers that were converted into pop-up stages and event venues, which were set up in different neighborhoods and community centers around the city. For larger scale activations, like concerts, the team created a drive-in style viewing experience at a local university, which provided the team with the infrastructure to host the performances and allowed people to social distance by staying in their cars.

03
Findings: The virtual component is just as important and in-person

Essence Festival has traditionally been live streamed to at-home audiences and recorded for social distribution, but Hodges-Dunivan said that she never used to push the virtual live stream because it would give audiences that couldn’t attend, or afford to attend, FOMO (fear of missing out).

But like almost every publisher that tested virtual events, she realized the giant crowd of 500,000 people who flocked to the Superdome in 2019 was just the tip of the iceberg for people who wished they could attend. Online viewership reached north of 45 million views in 2020, and indicated to the team that this was an audience to try and reach again in 2021.

There was much more content, event and entertainment offerings this year vying for this audiences’ attention, however, so the team could not just sit back and rely on the flat Zoom panels and single camera video shoots that it used the previous year. Any virtual content needed to be invested in to make sure the production was high quality. This included pre-recording sessions months before they would air in studios using multiple cameras.

“People have so many options, you want to stop the scroll, and you can’t take anything for granted,” said Hodges-Dunivan.

But she said she is not worried that the higher production value for the virtual components will prevent the in-person festival moments from thriving. “Being at Essence Festival is a different experience,” she said, adding that it has become an intergenerational, shared experience over the past almost three decades.

“Agility is the number one thing. If you can plan an event during a pandemic, you can pretty much do anything. Just having plan Bs for your plan Zs is all you can do,” Hodges-Dunivan said.

For example, Essence was planning a series of smaller concerts to take place in Louisiana prior to the delta variant outbreak. Once that happened, Hodges-Dunivan said her team changed the concerts into a series of vaccination drives. And then, when Hurricane Ida hit the state this summer, the team pivoted once more to include food and supplies drives for those affected by the storm.

The festival’s headliners are typically announced in April, Hodges-Dunivan said, but now it’s really important to message early. The festival dates were announced in February this year. “We’re sensitive to the fact that people have been struggling financially. If they have to choose one thing a year for their family to do, we want to give them more runway to do that,” she said.

Essence has not solidified it’s plans for next year’s festival yet, but Hodges-Dunivan said her team is already working through the various possibilities that are dependent on transmission rates, number of cases and other potential variants that pop up within the next year.

“All of the venues that we are thinking of using, we have them on hold already, whereas normally we’d have a little bit of leeway [because] people know that we’re coming. But there [are] just so many events that have been put on hold that as soon as the world opens up, there’s not going to be as many options,” she said.

Because Essence has been holding its festival for 27 years in New Orleans and has contributed a significant economical boost to the city over that period of time, Hodges-Dunivan said they are given another level of flexibility from the mayor’s office and from local businesses to adjust plans as circumstances change. She didn’t detail further what that leeway looked like.