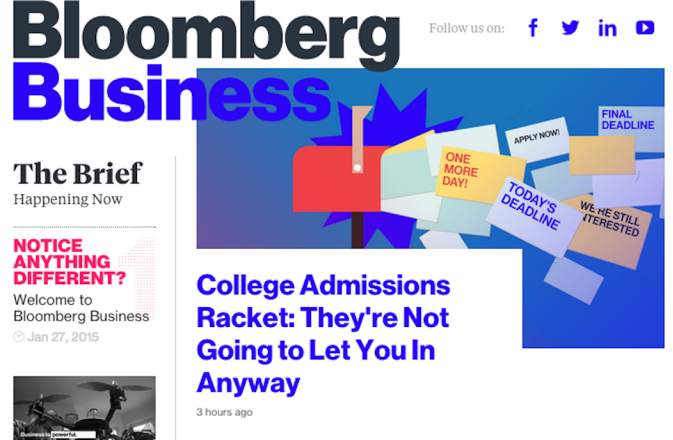 Bloomberg Media Group unwrapped its long-awaited flagship website today, one of the most visible efforts by the company to jumpstart its revenue growth.

The new Bloomberg.com is home for the company’s various media properties, including Bloomberg TV, Bloomberg News and Businessweek. The parent company, Bloomberg L.P., still makes most of its $9 billion in annual revenue from the pricey terminal subscriptions it sells to Wall Streeters. But as that growth has slowed, the company has been looking to its media arm to generate more revenue while raising the profile of the parent company (and in turn sell more terminal subscriptions). To that end, today’s new flagship site has the weighty task of shifting Bloomberg’s perception as a financial site to a global business destination.

“For our broadest consumer-facing brand, we wanted to appeal to the broadest global business audience possible, creating a product that would be directly competitive with the other broad, general global business brands,” said Justin Smith, Bloomberg’s global media CEO.

“The real traditional names that existed in that daily choice of business brands — you’d obviously have The Wall Street Journal, the Financial Times, some of the smaller magazines — prior to this, I don’t think Bloomberg.com in particular was right in the middle of that category. This is placing us in that global business category.”

The new site, unveiled after a series of delays, draws from the playbook of features that are common on new Web redesigns today: There’s the use of the continuous scroll and right-hand links to other Bloomberg stories, tactics to keep people on the site longer. 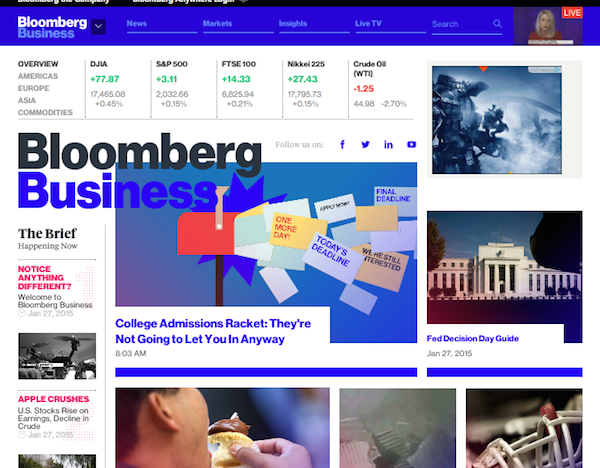 Bloomberg has also been investing in video, and to showcase those efforts, a live video player is prominently placed in the upper-right corner of the site.

Visually, the site is a big change for those used to its drabber predecessor. Borrowing from Bloomberg Businessweek’s design-centric DNA, it’s heavy on bright colors, big images and headlines. The site is trying to serve both serve the financial customer and the broader consumer audience, though, so alongside the straight business news stories, there are some splashy new feature formats like The New Space Race and The Bomb Squad, shown below. The sensibility isn’t dissimilar to The Verge, where Bloomberg digital editor and chief content officer Josh Topolsky was co-founder and editor in chief until last year. 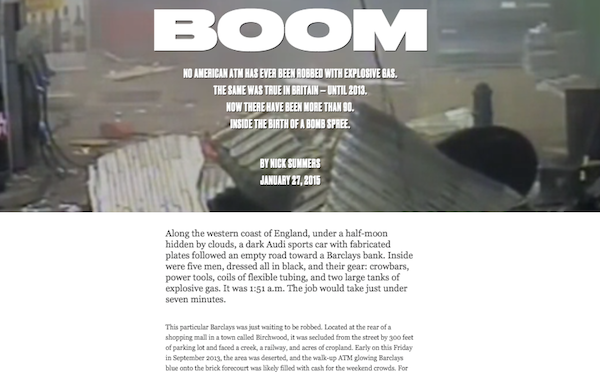 The site was built responsively, and on smartphones the minimalist design is easier on the eyes than some mobile sites that try to cram a lot into the tiny screen. One potential downside is there’s little in the way of reader cues. The lead stories get big images that cover the width of the screen, but there’s no text underneath the headline, so editors have little to work with to draw readers in.

Crucial to Bloomberg Media is growing its ad revenue. Bloomberg has a big, affluent audience that’s attractive to advertisers. The challenge for the company is to identify and package them so that advertisers can reach them across the Bloomberg portfolio. To that end, Bloomberg has formed a team of data scientists and started rolling out data-informed ad products.

The site still carries the ubiquitous programmatically served AdChoice units and Taboola content recommendation widget, but Bloomberg is pinning its hopes on a new series of ad units called Bloomberg Spectrum. Like many new ad units today, these try to meet advertisers’ demands that their ads be seen without being overly intrusive to readers. There are units that stay in the reader’s view as they scroll; a video ad that plays automatically but lets the reader turn it off by scrolling; and branded content units that use the marketer’s own assets.

“It’s a combination of engagement and viewability,” said Paul Caine, chief revenue officer. “Ultimately, what advertisers want to do is connect to the consumer.”

John Nitti, chief investment officer at Zenith, said Bloomberg has the audience reach advertisers covet. But like all publishers, they have to figure out how to use their data to let advertisers reach their audience target across media type. “Everyone’s driving towards getting to more specific segments instead of just broad demographic reach,” he said.