Big Spaceship’s Michael Lebowitz: ‘Half of all success is serendipity’ 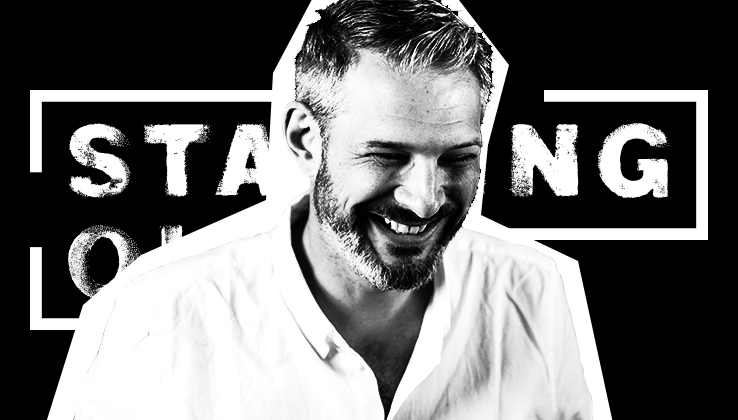 Michael Lebowitz is the founder and CEO of creative agency Big Spaceship, which has grown to over 100 employees since he started it in 2000. In this episode of Starting Out, Lebowitz talks about the importance of creating a framework for creativity and his path to founding a company.

When I was 12-13 years old, my father gave me a stereo and my own choice of record every other week until my next birthday. He didn’t say, “This is the music you should listen to.” Over the years, I trained my taste in music. It’s such a profound gift in retrospect because he gave me the creative framework and then agency within that. That allowed me to find my way. It taught me the power of frameworks. If you just put enough organization around something to just keep it on track, just to let it go, good things will happen.

I graduated in 1994. I started sending out resumes, probably sent out a hundred or more. This is when I realized I had put the cart well before the horse. I had gotten the apartment [in New York]. I only got one call, and I landed the job. I was the editorial assistant for a trade magazine for music videos. It was fun, and I got to go to a lot of shows. I got a lot of free CDs. I made $15,600 a year.

Then, I went to Portland, lived there for a year and came back to New York. My job was to be the producer for Bravo TV’s website. I was the designer, HTML coder and client contact for a site for a TV network that was in 80 million homes. I actually redesigned the site without telling anybody. The thing I tried to pull forward from that time was the technology was awful and the least invested in. It was hard to get anything done. Before there were best practices and books, it was deconstruction of what you could figure out.

I spent about three years at that company. The most valuable opportunity at that job was their niche was cable TV, and that was valuable because we got to work with broadband. Everyone was designing for dial-ups. We were creating broadband content before anyone knew what it was. We didn’t even know what it meant to have so much bandwidth to work with. There were 5,000 modems in the entire state of New York, and we’re creating content for them. We got to experiment a lot.

When my original business partner and I left [Bravo TV] and told them we will start a company, they said, “If you sign this contract saying, ‘we won’t hire these people or these clients,’ we’ll give you a piece of work.” That was our seed money. They gave me a list of clients who we couldn’t work with. I said, “You can’t keep me from Andy at Miramax because I went to college with him.”

They gave us Miramax. We called Andy. Our very first competitive pitch was against our former employers. And we won. It was one of the most triumphant moments of my career: a two-people company against a 60-something people company.

All of success, not just mine, is at least 50 percent being at the right place at the right time. I developed skills that were good enough to start a company. The skills now are meaningless. Half of all success is serendipity.