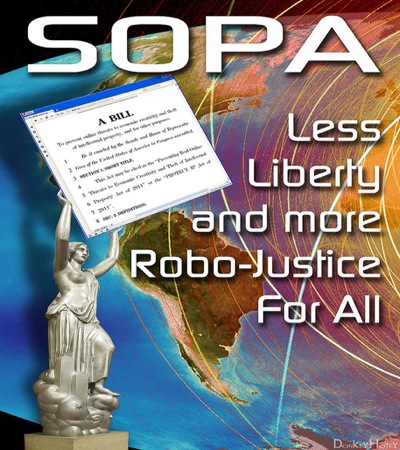 As you all know, yesterday. Jan. 18, was the day of protesting both online and offline against SOPA and PIPA. People in New York gathered outside of the offices of Senator Charles Schumer and Senator Kirsten Gillibrand (both are supporters of the bills) to protest; and online many big websites showed their opposition to SOPA by blacking out for 24 hours or posting anti-SOPA banners all over homepages.