5 things we learned about BuzzFeed in 2014 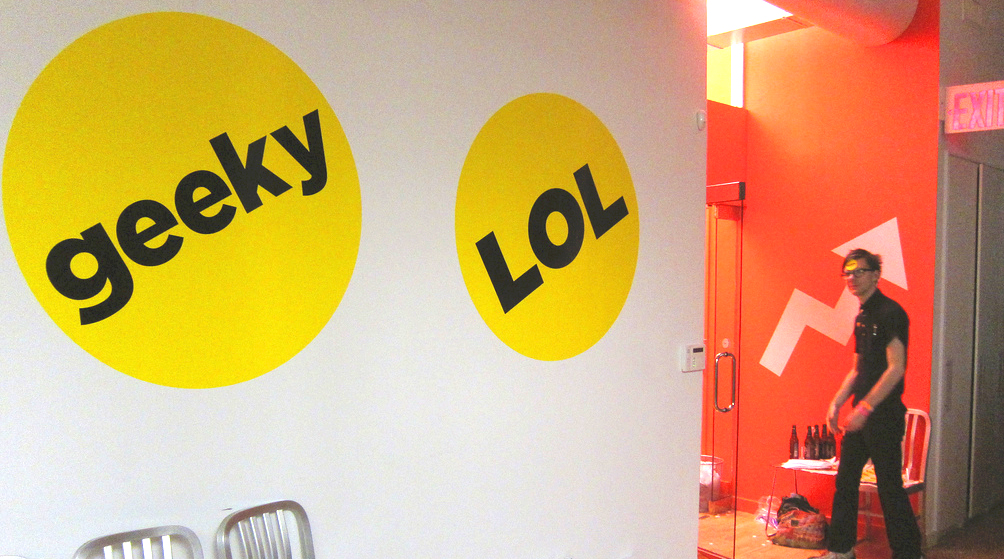 BuzzFeed is growing up. The company that was started to track viral content on the Web has expanded far beyond that in the last few years by raising tons of money, building out its own news organization and, overall, offering a rare example of what a sustainable digital-first media company could look like. BuzzFeed was worth $850 million, at last count, and it has made its share of enemies along the way to the top.

Here’s what we learned about BuzzFeed this year, from the good and the bad.

Its sponsored content is getting more sophisticated.
BuzzFeed’s pitch to brands is that it knows what makes people want to click and share, and it can lend brands its voice and expertise — for a price. To that end, BuzzFeed has worked with an increasing number of companies this year — including Taco Bell, GE and Virgin Mobile. More, BuzzFeed is also tweaking its sponsored content pitch by handing the creation keys to brands themselves. Via BuzzFeed University, BuzzFeed has taught agencies such as OMD, AKQA and Zeus Jones how to create BuzzFeed-style content. Viral Content 101 is in session.

Video is core to its strategy
Core to BuzzFeed’s evolving sponsored content strategy is video, in which it first invested in two years ago. The effort has picked up steam: BuzzFeed Video’s primary YouTube channel, where it posts 80 videos a month, has 4 million subscribers, and gets 180 million monthly views. Likewise, BuzzFeed is also offering its video-production skills and data insights to brands, an offer that brands such as Purina and Clean & Clear have accepted.

Next up: More serialized mid-form and long-form content — and maybe even a venture into television. In August, BuzzFeed said that film producer Michael Shamberg and comedian Jordan Peele will join BuzzFeed Motion Pictures as advisers — additions that should help BuzzFeed understand what it takes to make it in Hollywood.

“People used to think that media companies on the Web were going to be small, low-cost operations that couldn’t do any of the things that traditional media has done,” BuzzFeed CEO Jonah Peretti said at the company’s Newfronts presentation in April. “But what we’re seeing now is, that is no longer the case.”

BuzzFeed News picked up steam.
If you want the media world to take you seriously, hire real journalists. That’s what BuzzFeed did last year, and in 2014, the effort paid off. This year, BuzzFeed helped break big stories on Uber, and put reporters on the ground in Liberia, Turkey and Ukraine. Likewise, BuzzFeed also set the groundwork for its upcoming BuzzFeed News app by hiring product managers from the New Republic and Financial Times to push the project forward.

But BuzzFeed is still haunted by its legacy.
But while BuzzFeed is trying push into more serious fare, it is still haunted by the specter of its more freewheeling past. Earlier this year, Gawker reported that BuzzFeed had started scrubbing its archives of old contentious content, erasing roughly 4,000 articles in total. BuzzFeed’s defense? The content “didn’t meet its editorial standards.”

Likewise, BuzzFeed also had to deal with plagiarism. Politics reporter Benny Johnson was fired in August after BuzzFeed found at least 40 instances of plagiarism in his published work. “Plagiarism, much less copying unchecked facts from Wikipedia or other sources, is an act of disrespect to the reader. We are deeply embarrassed and sorry to have misled you,” BuzzFeed editor-in-chief Ben Smith said. Media buyers, in contrast, barely batted an eye, and instead argued that plagiarism often comes with the territory of publishing on the Web..

Smith was also core to a divisive discussion on click-bait, which he maintained BuzzFeed doesn’t indulge in, despite what BuzzFeed’s many critics may claim. Our take? It depends on what you mean by click-bait.

BuzzFeed is growing, and so is its influence.
But despite BuzzFeed’s mishaps, it’s still too big to ignore. Many legacy media companies, including The Independent, Time and The New York Times have all looked to BuzzFeed to inform their evolving media strategies, and the site has inspired a crop of copycats, including India’s ScoopWhoop and the quiz-focused PlayBuzz. Likewise, this year the Onion launched Clickhole, a humor site aimed squarely at the heart of the viral-media industrial complex. Imitation is the sincerest form of flattery, as they say.

But chasing BuzzFeed didn’t work for everyone. One major casualty was Gawker, which tried to take pages from BuzzFeed’s playbook but found it clashed with its own editorial mandate. “[Our] editorial traffic was lifted but often by viral stories that we would rather mock. We — the freest journalists on the planet — were slaves to the Facebook algorithm,” he wrote in a recent memo to Gawker staffers.