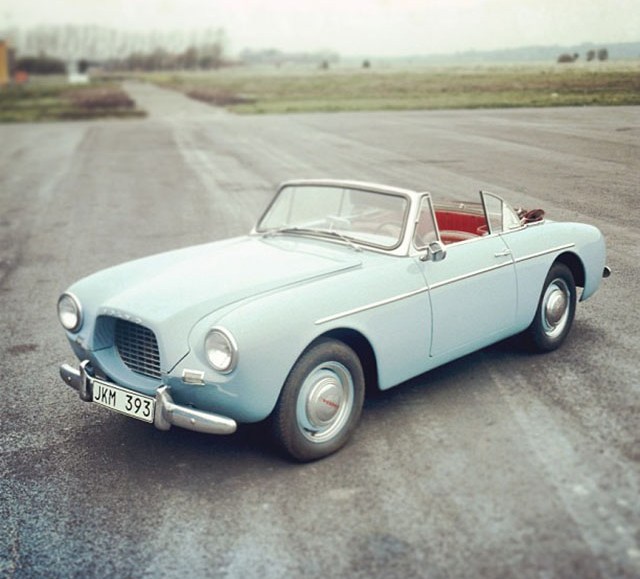 The visual Web has arrived, and now brands like Volvo are figuring out what works for them.

For Volvo, its image strategy revolves around the popular social network Instagram, now owned by Facebook. It’s been active there for 18 months and has amassed 9,000 followers to the VolvoCarsUS account by posting a couple photos per week. Unlike other social networks where engagement strategies aren’t about the product, all Volvo posts to Instagram are shots of its cars. Volvo photos get an average of 500 likes or more.

Volvo has put its Facebook manager on Instagram duties. His role is to organize Instagram-specific photo shoots and also dip into its pool of “official” photos to populate the stream once or twice a week. While the social team controls Instagram, the PR team does have a stake in it. When there’s an event taking place, PR reps go around taking pictures and send them to the Volvo social media team.

The strategy for Volvo on Instagram is simple: show off car models and their unique features. For example, last week it posted a photo of a little girl in the back seat of a Volvo and shows that she’s got a lot of room back there. The photo has text attached to it that says, “designed with all passengers in mind.” Another photo that was posted right before a recent winter storm said that Vovlo drivers have nothing to worry about because their tires won’t tread.

Volvo has some catching up to do. Volkswagen, in comparison, has almost 90,000 followers. But others aren’t as popular. Honda, for example, has just 5,000 followers. In Volvo’s defense, it has several Instagram accounts, one for each of the markets the carmaker is in. In contrast, Volkswagen has just one main account. Volkswagen’s activity on Instagram is similar to Volvo’s with plenty of car shots. But there are photos that go beyond just cars. For example, for Valentine’s Day, Volkswagen posted a photo of sweetheart candies. There’s also a picture of a dog with a VW logo on its collar.

Product feature shots are doing well, according to Volvo social media manager Joe Barbagallo, but the photos that are working best for the brand are full-body car shots, as long as the car’s in a funky color. People are really susceptible to blue and red Volvo car models.

“If we have a new product launch and want to communicate the difference between this car and the ones that came before it, we look to Instagram to push it out in a focused manner,” Barbagallo said. “Instagram is great for events as well, because that’s how people are using it. They are giving their followers a look into what they are doing that day. So if we are at a car show, we try and do the same thing.”

Most recently, Volvo agency Cake Group created a new hashtag #VolvoLove, which sprung from how people on Instagram were tagging photos of their Volvos. The carmaker is running with it, encouraging others to adapt the practice. The hashtag has been used hundreds of times on Instagram.

Over the next year, Vovlo wants to focus its efforts on doing more behind the scenes photos on Instagram. The brand has a story to tell, according to Barbagallo, and it’s one that can be best told through photos.

One thing the carmaker has learned is that it’s risky to put something on Instagram without context.

“I’d say, don’t make your campaign debut on Instagram,” Barbagallo said. “Build awareness first, through more traditional channels and via other platforms first, then complement whatever you are doing with a photo on Instagram.”