Why Target Set Up Shop in Silicon Valley 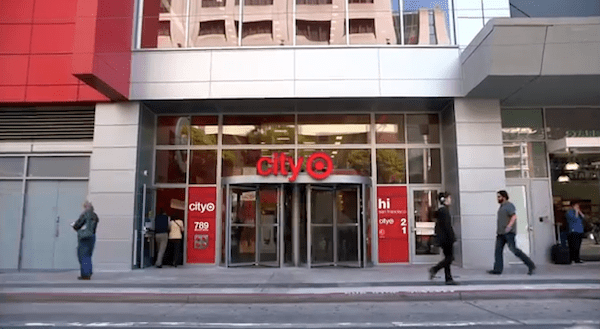 Tucked away in San Francisco’s financial district, a casually dressed team of 20 data scientists, product managers, technologists and designers are at work in an open office plan on breakthrough tech innovations like image recognition and augmented reality. It’s a common theme up and down Highway 101, but this group isn’t some newly funded startup; it’s a skunkworks project formed in September by retail giant Target.

Target’s technology lab is responsible for making sure the company is ahead of the tech curve. The team evaluates new opportunities, tests them and and then compiles data to make the case to those higher up. Once an idea is approved, the technology lab is responsible for putting these technologies into play. The idea of locating it on the doorstep to Silicon Valley, thousands of miles from Target’s Minneapolis headquarters, is to be close to the hotbed of innovation — and to be able to recruit the best talent. 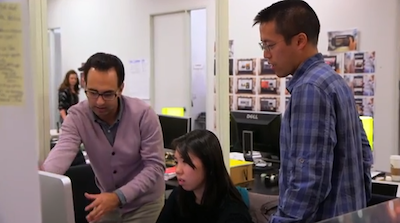 The Target team works on innovations like image recognition, which is being assessed as a way for customers to get information, such as nutrition, about a product, just by snapping a picture. The lab is also looking at implementing location technology to send deals and offers to people close to Target stores. Target is also looking at using wearable devices and mobile phones to give shoppers an augmented reality-enabled view of the aisle. For example, a person who is on a gluten-free diet can enter into gluten-free AR mode and all the foods that are gluten-free will miraculously stand out in the aisle. The same can be done for those shoppers looking for items on sale.

Target’s tech lab is in testing mode for NFC as trigger points within three of its stores. The retailer has signs up, letting people know they could use their NFC-enabled devices to get more information on products and for location-triggered messaging. The lab is also evaluating ways of advancing Target’s mobile app, online search and social media development, areas the retailer recognizes are important to its growth.

“For Target, overall, we want to deliver a great experience in-store, online and on the go,” said David Newman, director of Target’s San Francisco tech innovation center. “With the speed of innovation increasing, this tech lab is a natural evolution for us for staying ahead of the curve. Small-to-medium-sized tech companies are growing in importance, and a lot are all down here in the Bay Area.”

A big part of the day-to-day activities at the lab is scouting technology. It brings in startups, ad tech companies and venture capitalists. Some are based on a specific Target need. Others are simply learning about new technologies. Once Target finds something of interest, the technology goes into test-and-learn phase. The team gathers data around why the technology works and what the value would be for Target and shoppers. The data is then presented to the broader Target team in technology and on the business side.

The lab is outfitted with everything employees need for better collaboration: dry-erase walls, movable desks and chairs, and areas specifically designed for brainstorming.

Business decisions like this are typically not made over the phone, Newman pointed out. They take several meetings, and a lot of the smaller tech companies don’t have the budget to fly out a bunch of times to meet with Minneapolis-based Target. By centering itself in San Francisco, Target believes that proximity will work to its advantage.

It isn’t alone in setting up shop in or near Silicon Valley. Companies like Walmart and Unilever have also set up similar labs. The feeling is retailers can’t just wait on technology to emerge; they need to shape it.

“In the past, tech did not move as quickly as it does today,” Newman said. “There’s open access to APIs and cloud computing. Smaller companies can have an outsized impact for us and the ability to constantly interface with them will give us a competitive advantage.”