Why Ikea Bets on Flash, Not HTML5 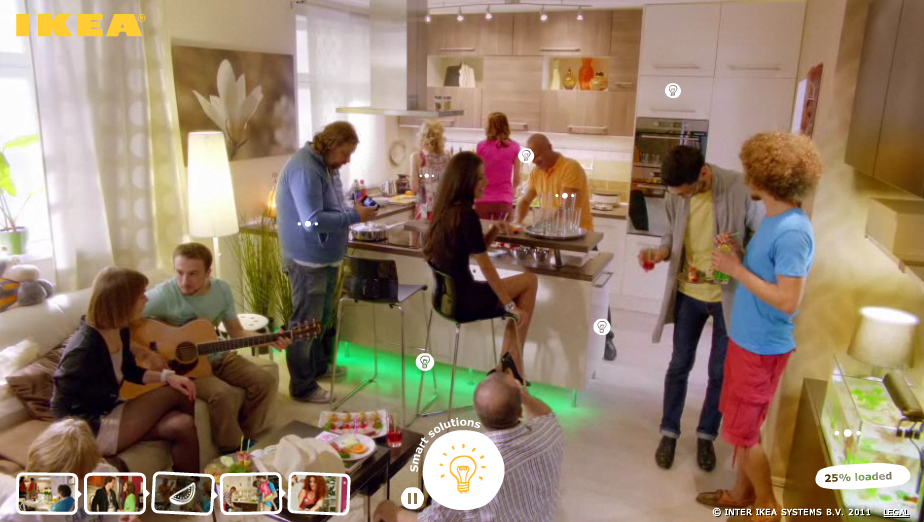 HTML5 is a hot topic these days, with the media claiming that it will one day replace Flash altogether. Well, tell that to Ikea Russia.

The Swedish retailer – along with its agency, BBDO – has just rolled out a new site to Russian consumers that is built on Flash and not HTML5.

“There are a couple of [reasons] why we decided to use Flash as technology,” said Nicolas Johnsson, marketing manager at Ikea Russia. “Penetration of the Flash player is still way higher than HTML5-compatible browsers. Internet Explorer 6 is still big, for example. Another reason is that HTML5 still lacks some major video-related features like sophisticated animation and seamless video playing.”

The new website is meant to demonstrate Ikea kitchens and inspire people. Site visitors could travel through the kitchens by transmigrating from one character to another and see functional features from different perspectives: with the eyes of a grandma, a three-year-old, a cat and a fly.

There’s one thing missing: a mobile version, desipite mobile phone penetration in Russia  being at 158 percent.

“There isn’t a mobile version of the website because the technology for interactive video on mobile is not there yet,” Johnsson said. “Mobile-friendly tech [HTML5] does not support streaming video, animation of hotspot positions on top of video or sophisticated animation.”

The new site launch was promoted through paid, earned and owned media. In the first five months 22,168 visitors took a dive into an aquarium by transmigrating into a fish, 87,204 slept on the kitchen floor by transmigrating into a dog, 28,321 flew into an Ikea kitchen as a fly, 65,480 performed a kitchen dance and visitors mixed 70,711 cocktails and discovered 853,614 Ikea kitchen features.

“The site is unique in the sense that this is the first kitchen tool based on Russian living conditions both when it comes to living situations and small-space living,” Johnsson said. “In addition, the tool has a high level of inspiration and is a creative solution. It is a new way of creating awareness and consideration in the digital world.”

Below, see a demo of the new Ikea site.