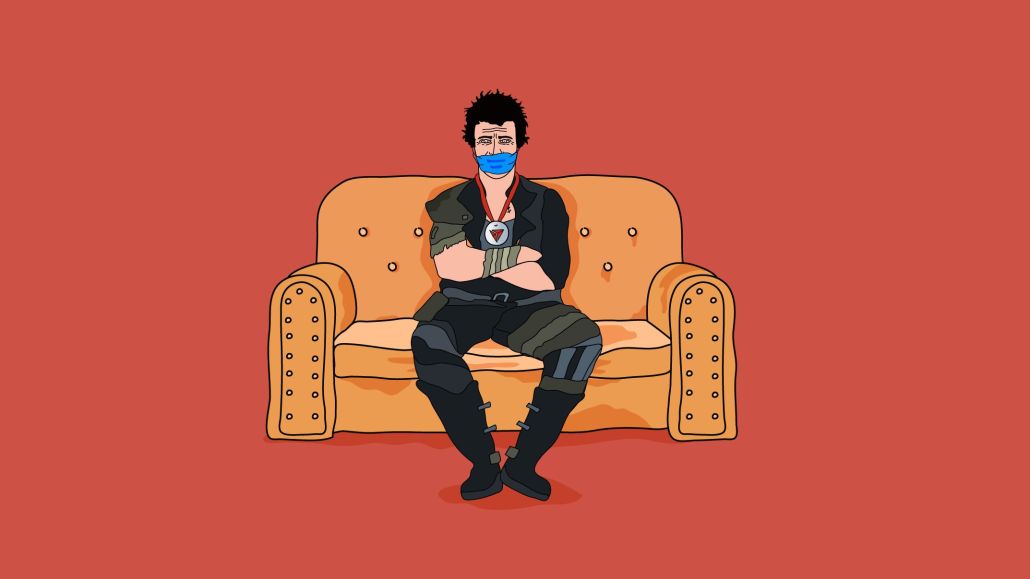 As everyday life increasingly moves into digital spaces, companies are taking advantage of consumers’ enthusiasm for virtual concerts to introduce them to the concept of the metaverse.

On September 8, a throng of fans cavorted around the stage as the heavy metal band Pentakill performed live. As the band thrashed away in a flame-wreathed venue, concert attendees could be seen dancing and raising devil horns on screens surrounding the stage.

But while the concertgoers’ headbanging was real, the event they were attending was entirely virtual: Pentakill is a band composed of characters from the League of Legends universe, such as the lead singer, an undead spirit named Karthus, and the guitarist, the warlike necromancer Mordekaiser. “We’re exploring how we can really push the envelope in the space that we’re playing in here, where it’s kind of the collision of music, video games and storytelling,” said Riot Games Music head Toa Dunn. “Music performance is just a great way for fans to connect with their favorite audience, hear songs — it’s just a more intimate connection.”

There is a longstanding tradition of virtual bands. Inspired by the popular comics character, The Archies released six albums between 1968 and 1971; more recently, the cartoon-powered Gorillaz have held sold-out shows at Madison Square Garden and London’s O2 Arena. But while some of these bands have performed in physical space in the past using projections or massive screens, the rise of the metaverse and its corresponding technologies has made it possible for companies to bring fans into their performers’ native virtual worlds.

To Jarred Kennedy, COO of Wave, virtual concerts are a natural next step in musicians’ ongoing mission to recreate live performances using technology — a logical evolution of innovations such as music videos and visual albums. Furthermore, Kennedy said, the use of virtual and augmented reality technology makes it possible for artists to untether their shows’ visuals from the limits of safety or physics. “Going into game engines, these artists have the opportunity to really think about their whole vision and manifest it in a way that wasn’t possible previously,” Kennedy said. “So I think the art form and the technology lines up in a way that makes a lot of sense.”

The most well-known virtual concerts thus far have occurred in Fortnite. Last year, over 12 million players attended a virtual Travis Scott concert in the game-cum-metaverse-platform, with millions more attending Ariana Grande’s virtual Fortnite “Rift Tour” last month. Like Riot Games’ Pentakill event, these concerts took advantage of Fortnite’s physics engine to introduce fantastic elements such as a skyscraper-sized Scott. “Fortnite has become a great crossover medium given how popular it has become,” said Simon Valcarcel, head of brand and consumer marcomms at O2. “It’s a free-to-play game, and yet it’s delivering experiences at a standard and quality that someone would’ve had to pay £50 for a short while ago.”

Events like the Pentakill and Travis Scott concerts, which are funded and created by corporate game developers, are not intended to stand alone as profitable businesses. Rather, they are popular and effective marketing expenses intended to stir up interest in the games in which they are rooted.

Still, virtual concerts can potentially be turned into moneymakers by taking advantage of many of the same revenue streams enjoyed by traditional physical events. The virtual events firm Stageverse, which launched yesterday, eschews the fantasy elements of Pentakill and Fortnite in favor of using 3D cameras to capture real-life events, such as a 2019 Muse concert in Madrid, and convert them into immersive virtual worlds.

Much like traditional concerts, these virtual spaces can then be used to sell tickets and merchandise — but the primary expense behind these virtual events is in building them, not putting them on, as is the case for traditional concerts. According to Stageverse CEO Tim Ricker, this will allow users to attend concerts that would have previously been inaccessible to them for reasons of price or distance.

“Tens of thousands and millions of people can descend on this space,” Ricker said. Stageverse uses its own bespoke virtual platform to host concerts, offering a growing list of avatars and features to potential users, while other virtual concerts take place in pre-existing spaces in platforms such as Fortnite and Minecraft.

The stronger connection to real people and spaces afforded by less fantastic platforms such as Stageverse is also a boon for brands looking to get involved in the virtual concert space. Concerts based on Fortnite and League of Legends don’t necessarily feature organic entry points for non-gaming brands, but Stageverse’s event recreations have the same potential for branding tie-ins as physical events.

The platform’s Muse concert showcases custom virtual clothing by Balmain and leaves the door open for an e-commerce aspect, with merchandise or branded non-fungible tokens, down the line. “A lot of people are like, ‘oh, so can we order something here and a physical item can be delivered to people?'” said Stageverse COO/CMO Claire Seidler. “Which, of course, the answer is yes.”

Music is often a spectacle, but it’s also a deeply social experience, a pairing of traits that Ricker and other experts believe make virtual concerts a perfect fit for companies looking to showcase the metaverse to skeptical users. Stageverse includes spatial audio and enables users to congregate in curated groups; other companies, like Eric Reid’s Roar Studios, are developing ways for musicians to jam together in virtual space. “Creating a platform that gives musicians a way to grow their audience and be found in a virtual world is very needed for the way musicians operate in the real world,” Reid said.

In 2020, when Travis Scott opened the floodgates with his Fortnite event, the jury was out on whether virtual concerts were a novelty or a lasting innovation. A year later, it’s become clear that music — particularly live music — is an integral element of the growing metaverse. Virtual concerts are here to stay.