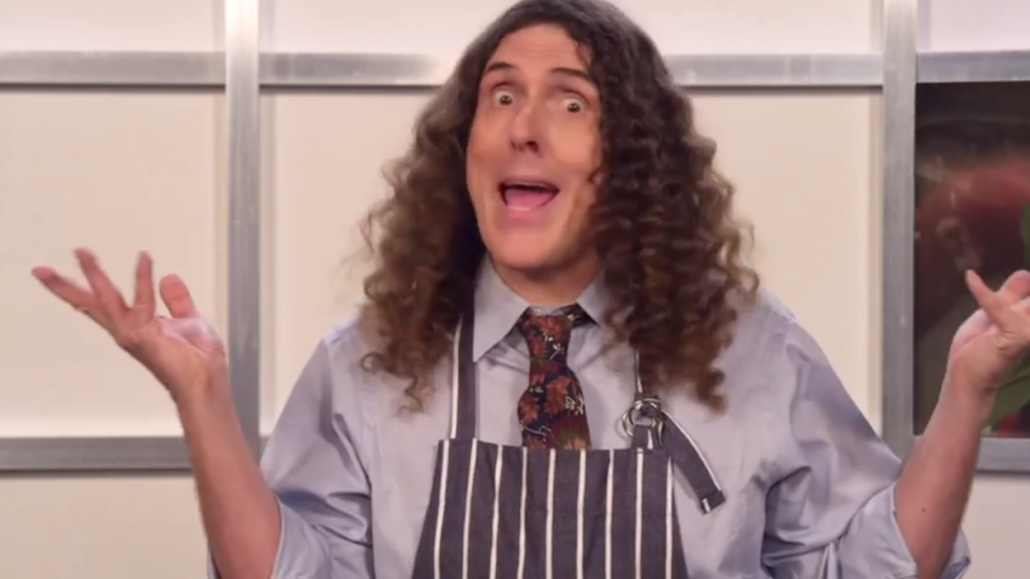 Talk about an unlikely career. Weird Al Yankovic’s first music parody was “My Bologna,” a riff on The Knack’s “My Sharona,” which he made in 1979 as a college student. He then went on to become a staple of ’80s culture, stamping out hundreds of songs.

Amazingly, 35 years into his career, the curly-maned crooner with the adenoidal voice is back in the spotlight again with a new album. “Mandatory Fun” contains vital-as-ever satires of recent hits by Robin Thicke, Lorde and Iggy Azalea. If Yankovic is surprised at his own success, he’s anything but naïve when it comes to working the hype machine.

Here’s how he does it:

Stick with what you do best
Yankovic’s career has spanned decades, in which he has parodied everyone at their peak: from Michael Jackson to Nirvana to Lady Gaga. But his style has essentially stayed the same — and his parodies are as funny as ever — even if his polka medleys aren’t for everyone. When you’ve got a good thing going, why mess with success?

Build suspense
Weird Al released the whole 12-song album on Tuesday, but in a move that has generated mountains of positive online buzz he’s been releasing a video a day for eight days. It’s a strategy reminiscent of Beyoncé’s release of her secret self-titled album and attendant videos last December — and of Yankovic’s own release of “Alpocalypse” in 2011. The sneak attack can help generate more excitement and viral attention for each video. And while in the past Yankovic got permission from artists to parody them, this time he shrewdly kept the parodies under wraps, helping build excitement for each release. As he told the New York Post, “If you know what to expect, it’s not going to be as funny.” Yankovic said he’d probably release songs on a single basis in the future, which will give him the ability to be more topical.

Used earned media
With YouTube, anyone can make and spread parody videos, making it hard for someone like Yankovic to stand out from the crowd. Yankovic is well aware of this fact, but he seems to be embracing the change, using the Internet for maximum exposure. He did a reddit AMA in addition to multiple other press interviews. He also announced his videos on his Twitter and Facebook accounts, which let him his telegraph his wacky sense of humor in an unfiltered way.

Use your friends
For all but the top artists, it’s a struggle to get the financing to put out their albums. Yankovic told Grantland that he got no money from RCA to make the videos, so he partnered with sites College Humor and Funny or Die. He worked with Nerdist to premiere the video for “Tacky,” a parody of Pharrell Williams’ inescapable “Happy,” and enlisted comedian pals like Jack Black, Margaret Cho and Eric Stonestreet to strut through the video. Roots drummer Questlove, arguably the coolest guy in the business, gnashed his teeth on Twitter that he wasn’t included in the lineup.

Timing is everything
YouTube used to be the Wild West of videos, awash with user-generated content and unlicensed fare. But Vevo, owned and operated by a joint venture of Universal Music Group, Google, Sony Music Entertainment and Abu Dhabi Media, has cornered the market on professional music video distrubution. Add to that platform the general popularity of satire — whether it comes in the form of a Twitter account or YouTube video — and you’ve got lightening in a bottle. “What makes this a good moment for him is that the idea of making fun of anything is sort of an pastime for the rest of the world right now,” said Joe Levy, editor-at-large at Billboard. “So the table is set for someone who’s an expert at it. When someone like Weird Al comes along with a pretty spot-on parody of the song of the summer, people are ready.”