Brand marketers are taking an interest in virtual reality, with its ability to deliver immersive experiences. Retailers like JCPenney, Dior and Target as well as publishers like The Economist and The New York Times have all integrated VR into their marketing strategies.

Lately, toy, fast food and soft drink companies are discovering VR as a way to target children and teenagers.

This week, McDonald’s Sweden invited kids to turn its Happy Meal boxes into VR viewers. Over the next two weekends, 3,500 red boxes, dubbed Happy Goggles, will be available at 14 McDonald’s restaurants in Sweden for the equivalent of about $4 each.

Mattel has also rebooted its iconic toy View-Master in collaboration with Google. Equipped with a smartphone and an app, View-Master users now can go to far-flung places such as foreign countries, outer space and below the sea, for $29.99. 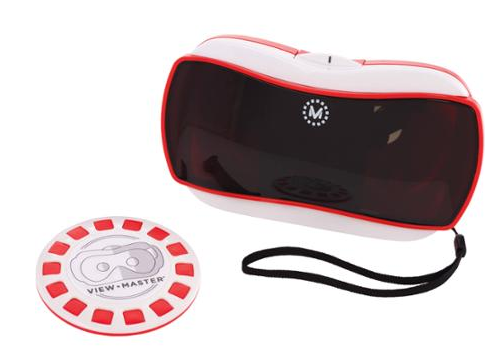 Affordable, interactive VR products could be more effective ways for brands to engage with kids and teens than other devices. But they could face wariness from parents who are concerned about marketing to kids.

“My 4-year-old has tried VR, and he intuitively understood it in a way that even adults don’t,” said Paul Caiozzo, partner of VR ad agency The Office of Baby. “He absolutely loved it. That said, we don’t let him do it very often, and treat it as a highly regulated form of entertainment, the same as we do the computer or iPad.”

It’s not known whether prolonged use of VR has any effect on kids. But Caiozzo thinks that parents should be responsible for deciding if an experience is right for their children.

Meanwhile, lots of legalities could be involved in VR campaigns that target children. As more and more brands are trying to take advantage of VR, Andrew Lustigman, head of the advertising, marketing and promotions group at Olshan Frome Wolosky LLP, suggested that companies engage with children through VR should understand this technology from a child’s perspective.

“VR is in its infancy, and brands are still developing how to use this technology so that its message and consumer engagement are seen as a natural fit,” he added.