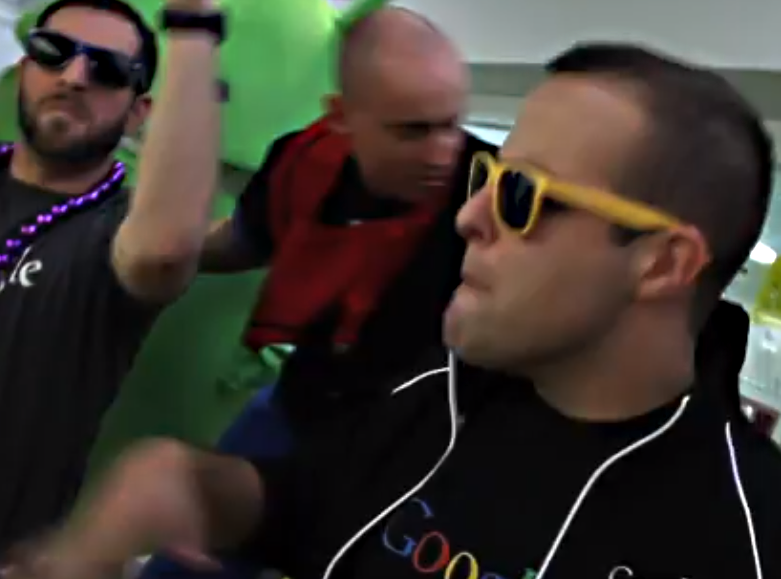 Parody raps can be awesome if executed properly (see classic SNL short “Lazy Sunday“), but done poorly, they are the lamest of lame. Add heavy-handed branding goals into the mix, and you’ve got a recipe for disaster.

Brands, not exactly the funniest bunch, also aren’t the best at rapping, shockingly. Rapping and keeping the tone of brand messaging just don’t mix. That doesn’t stop them from trying, of course. Only when there is a sarcasm and honesty involved does a brand rap work, like in the case of the Fiat’s mommy rap.

Here are some examples of branded raps that just don’t work.

Google, “Welcome to Google”: This video was made by a Google employee introducing you to the “Googleplex,” which, judging by the white guys rapping, Mardi Gras beads and colored Ray Ban-esque sunglasses, seems like a frat party.

Smirnoff, “Tea Partay”: For some reason, this became a viral sensation back in 2007. In honor of its new product Raw Tea, Smirnoff released this rap parody video featuring Waspy dudes rapping about Cape Cod, playing croquet, Greenwich, tea sandwiches, topsiders — you know, just regular Waspy dude stuff. It’s definitely better than the Google video, if only for the high-production value, but still not great.

Nike, “Don’t Tread”: This is the closest out of all of these videos to a real rap video. Soccer star Clint Dempsey styles himself as something of a rapper. The video hits the necessary notes, with foxy ladies dancing by pimped out Cadillacs and actual Houston rappers rapping. You would expect nothing less from a high-end marketer like Nike. However, when you hear lyrics about Nike, it’s hard to take it seriously and not feel like the brand placement is completely forced. Again, branding and rap just don’t mix — and Dempsey should stick to his day job.