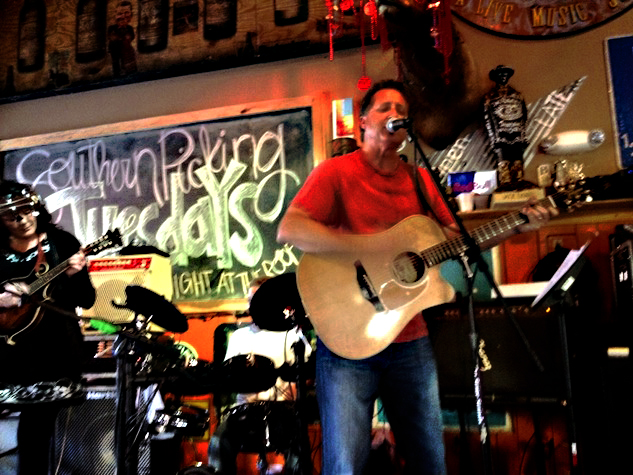 This is the second article of a four-part series exploring the characteristics of the CMO of the future, brought to you by [x+1]. In future installments, we will profile other digital leaders at brands.

The advent of social media marketing has created a new job title, the “social media rockstar.” But how many of these individuals can say that they work in social media and play in a rock band?

Nissan’s director of interactive and social media marketing Erich Marx can. He’s not only helped Nissan develop a social media strategy from scratch, but he also plays the guitar in a rock band that performs in bars all over Nashville. And we hear he’s really good.

The other difference between Marx and the self-proclaimed social media rockstars: he’s got serious marketing chops. Already at Nissan for two decades, Marx was named Nissan’s first-ever social media chief in 2011. After just one year, Nissan added 622,236 Facebook fans. What’s notable is that the company was able to do so with a fairly limited paid media budget, just under $500,000, according to Marx. For its models’ Facebook pages, Nissan added 227,000 fans collectively, an increase of 173 percent, again with a limited paid media budget. Zuum, a company that tracks Facebook engagement (not affiliated with Nissan at all), found that Nissan has the highest engagement among automotive brands on Facebook.

Marx’s success in social media and marketing as a whole is pretty ironic. When he was studying to get his MBA at the University of Michigan, he didn’t even know he’d end up in marketing.

“Going to school there, I became completely fascinated by the auto industry,” Marx said. “And it’s pretty hard not to, since even your professors at some point or another have worked or consulted for one of the big three.”

Recruiters often visit the University of Michigan to recruit new talent, and since Marx did not want to live in Detroit, he ended up interviewing at Nissan, Toyota and Honda, which all have operations in Southern California.

Back then Nissan had the management associate program (now called Nissan Rotational Development program), where new hires move throughout the organization from department to department every six months for about 18-24 months. Marx did parts marketing, truck marketing and did some work on the customer satisfaction team. When his rotations were over, Nissan told him he’s definitely a marketer. For the next ten years, Marx moved throughout the organization. He started out in product marketing, where he helped launch the 2005 Xterra, Pathfinder and Frontier. In 2006, he moved into retail marketing, which is lower funnel. There wasn’t too much brand building going on there. Next, he moved into the market research department and did that for a while.

What’s interesting about Marx is he’s not a digital native. He’s a digital immigrant. But his 22 years of experience in so many facets of marketing make him really successful at what he does. It’s just proof that social media is just another tool in the marketer’s tool box. The Big Idea still wins in the end. You need to have experience in configuring a strategy to be a successful marketer, regardless of the channel or tactic. All of you thinking about outsourcing your social media management to a 23-year-old that has 8,000 Twitter followers, may want to think again.

People who know him say that Marx is one of the easiest people to work with. Andrea Wood, evp and executive director of Zócalo Group, Nissan’s social agency, says Marx’s tenure with Nissan gives him an understanding of how the company works and makes him a pro at pitching ideas to those up top.

“As we are making recommendations to Erich, there’s never the need to explain things or to educate, as is the case with some clients,” Wood said. “He gets it and he also knows how to then merchandise and sell our ideas internally. The fact that he’s been at Nissan for so long and in so many positions, gives him a leg-up that not too many people have.”

Rob Robinson, senior specialist for social communications at Nissan, reports directly to Marx and says it’s really hard to get him mad. Marx is always making jokes and everyone loves him. It’s like he knows everyone at the company.

“It never ceases to amaze me when I meet someone from another department and they say they know Erich because they worked with him in another division of the company at some point,” Robinson said. “He is a people person and one of the things that makes him so successful is that fact that he keeps in touch with everyone, both in the company and in the industry.”